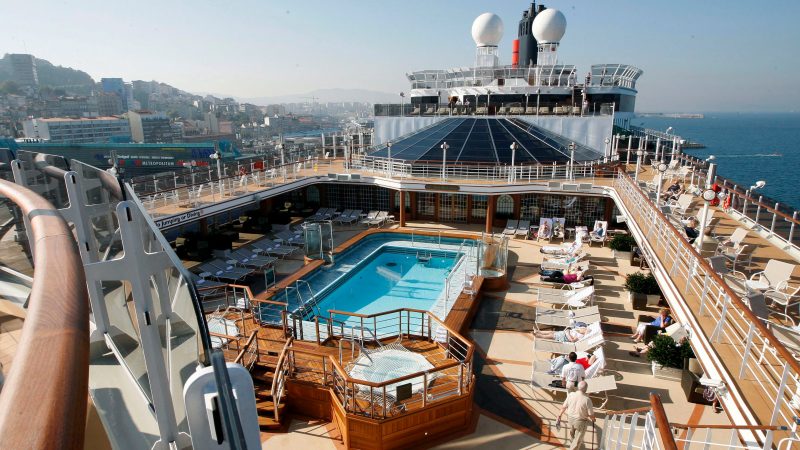 View of the 'Queen Elizabeth' cruise ship as she arrives in Vigo, Pontevedra (Galicia), north western Spain, on 14 October 2010, on her first maiden stopover. The 294-metre-long vessel was built in Fincantieri shipyard in Italy in order to replace 'Queen Elizabeth 2', which made her last voyage in 2008. [EPA/SALVADOR SAS]

“What has happened is extremely serious, France and Germany behaved wrongly. It throws into doubt all accords,” Salvini, who leads the right-wing League party, said according to comments released by his spokeswoman.

The European Commission said earlier on Tuesday that it would investigate Fincantieri’s planned acquisition of French counterpart Chantiers de l’Atlantique after France and Germany asked it to do so.

It added that, on the basis of information provided by both countries, it had concluded that the transaction could significantly harm competition in shipbuilding, in particular in the global market for cruise ships.

“The acquisition of Chantiers de l’Atlantique by Fincantieri will be fully examined by the Commission,” the EU executive said in a statement.

Italian Prime Minister Giuseppe Conte said in a television interview he was “surprised” by the Commission’s decision.

There have been frequent tensions between Italy and France since the Rome government of the League and the anti-establishment 5-Star Movement took office in June last year.

5-Star leader Luigi Di Maio, who is also deputy prime minister, this week gave his party’s backing to the “yellow-vest” protesters that have demonstrated for weeks in French cities against President Emmanuel Macron.

Both Di Maio and Salvini have exchanged barbs with Macron on immigration and other issues, and French European Affairs Minister Nathalie Loiseau said after Di Maio’s latest comments that Italy should not meddle in French affairs.