President of the German Federal Bank Jens Weidmann attends a press conference at the Ministry of Economic Affairs in Berlin, Germany. [EPA/KLAUS-DIETMAR GABBERT]

Next year, there will be a change at the helm of the European Central Bank (ECB). Speculation about Mario Draghi’s successor is in full swing. One controversial name is appearing over and over again: Jens Weidmann, the President of Deutsche Bank. EURACTIV Germany reports.

When it comes to filling the top positions in the EU, things must be kept in balance: Which country had its turn, which did not? Is there a balance between North and South, East and West, right and left, donor and recipient country, large and small…

If you look at it this way, much speaks in favour of Weidmann, when it comes to the position of ECB chief. Never did a German hold that office – the last one was an Italian and the latest development went in favour of a small, southern deficit country – when the Portuguese Maria Centeno was nominated as chief of the Eurogroup, as a successor to the Dutch Jeroen Dijsselbloem.

It would be no surprise if the chalice this time went to Germany. And if this were the case, it would be obvious that it would go to Weidmann. At least he brings along an impressive CV.  In 201   1, he became the youngest boss the German Bundesbank ever had. As such, he has been a member of the ECB Governing Council since then. Since 2015, he also heads the Board of Directors of the Bank for International Settlements in Basel. In his career, he has also stopped by at the German Federal Chancellery and the International Monetary Fund.

As skilled as he may be, Weidmann polarises. It is close to impossible to design a monetary policy that suits all, in such a heterogeneous monetary union like the eurozone. The interests between, let’s say, Germany and Italy, could hardly be more divergent when it comes to questions of interest rate control or the purchase of private or public bonds.

Since the introduction of the euro, German interests have mostly been dominant, because the set of rules on which the ECB has to orient itself corresponds in essence to the rules according to which the Bundesbank was already working in D-Mark times. In Southern Europe, however, this policy rather appeared to be exacerbating the crisis.

Under Mario Draghi, the ECB has stretched this framework – if not even breaching it – or at least bend it very, very extensively. The key interest rate has been at the lowest level for many years, and the ECB is pumping €60 billion extra into the financial sector every month via the so-called Quantitative Easing. With his legendary “whatever it takes”, Draghi left no doubt that in case of emergency he would still bail out any bankrupt state in the currency union.

In Germany, this policy led to a hail of criticism from all sides: The right criticised that in that way the reform pressure in Southern Europe is hollowed out, the left that the low interest rates disown pensioners and small savers. Unanimously, many Democrats criticise the fact that “whatever it takes” is virtually incompatible with the principle of budgetary sovereignty of national parliaments.

On the other hand, it was perhaps Draghi’s “unconventional monetary policy” that has saved the euro from its final collapse. The add-on interests that weaker member states had to shell out for loans, slipped more and more away from the bearable level, speculative attacks against their government bonds were emerging.

Draghi’s most famous three words have clearly calmed the markets. Even though there have since been abuse complaints from Germany, only a few of the German economic elites are interested in a collapse of the euro – precisely because the monetary policy of the eurozone is fundamentally oriented towards German interests. At least, this is the case in the standard mode.

Weidmann belongs to the sharpest critics of the unconventional monetary policy. Already in September 2011, he distanced himself from the ECB bond purchases. He also constantly ranted against the rescue loans of the EFSF and the ESM. In September 2012, he was responsible for the only ‘no’ vote in the ECB Governing Council against the unlimited purchase of government bonds (“whatever it takes”).

Even though the Commission once showed indulgence in its enforcement of debt rules and gave one or the other country more time, one rarely had to wait long for Weidmann’s vocal criticism.

In terms of monetary policy, he can be seen as a kind of an anti-Draghi, for years in opposition to Council majority and the president. Always anxious to keep the adjustment pressure in the South as high as possible. With this, he may be a good Bundesbanker.

Whether he is suitable for the post of ECB chief may be doubted. It is at least questionable whether the euro would still exist in its present form if Weidmann had already taken over the helm in 2011 in Draghi’s place. 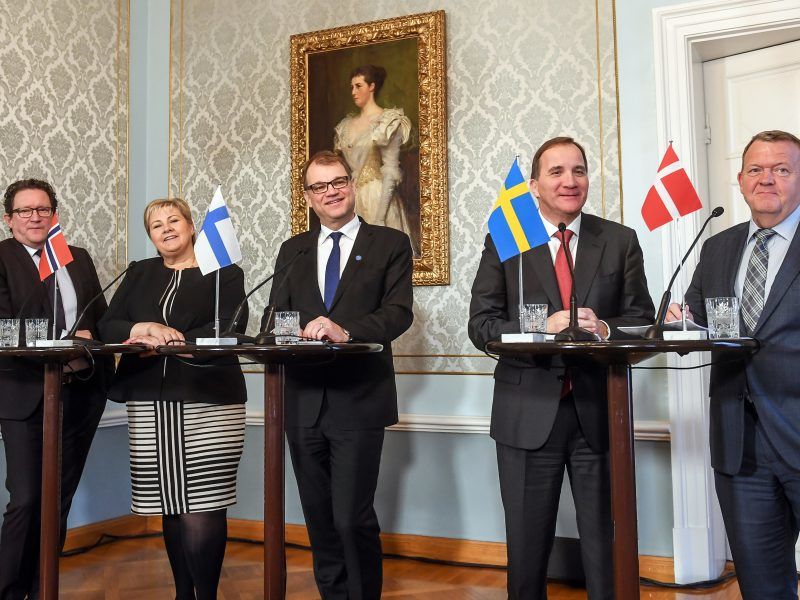 The cooperation forum of Denmark, Finland, Iceland, Norway and Sweden is “in search of new relevance“, Christian Opitz and Tobias Etzold explained in a recent analysis paper by the Stiftung Wissenschaft und Politik (SWP). EURACTIV Germany spoke with Tobias Etzold.

On the other side, the situation is different than in 2011. Under Draghi too, the expansionary monetary policy is gradually being reduced and increasingly switched from crisis to normal mode. The upcoming months will show if this is going to work. But it remains questionable if Weidmann today still fits into the euro-picture.

There are increasing signs that the monetary union is gradually moving away from its rigorous austerity measures. The various reform proposals from Berlin, Paris and Brussels suggest that budgetary discipline will continue to be a priority in the future. At the same time, greater investment should stimulate the weaker economies and greater efforts should be made to counter financial crisis by joining forces.

This requires top-level staff, which tries to accommodate the various interests and tries to bring them all together. No hardliners, who are particularly keen to enforce their own interests against those of others.