City workers outside the Deutsche bank in London on 9 July 2019. The DB has announced that it will cut approximately 18,000 jobs worldwide in a restructuring drive. [EPA-EFE/FACUNDO ARRIZABALAGA]

In recent years, Deutsche Bank has been happy to place its logo between the big players: Besides JPMorgan Chase, Goldman Sachs or Citigroup.

Deutsche Bank wanted to be at the top of investment banking. Critics warned that this could backfire. Interest rates were too low, profitability too low and the challenges for the coming years too great.

The banking sector is undergoing a “historical upheaval” – as the head of Deutsche Bank, Christian Sewing, put it. One of the main triggers is digitisation.

They forecast that the number of banks in Germany today will fall from around 1,600 to around 150-130 by 2030. For German banks, it is urgently necessary to check the efficiency of their positioning in Europe.

Deutsche Bank also felt this and took the decision to undertake a radical restructuring: no more costly ventures on the global stock markets, back to the client in Germany. This is intended to increase profitability and direct the Bank’s attention back to its “core competencies”, according to the Bank’s restructuring plans.

The bank’s total costs are to fall by more than a quarter by 2022, shareholders will probably have to forgo their dividend for two years and 18,000 employees will have to vacate their desks. After ten difficult years, all hands are pointing to dismantling.

The complete restructuring of the bank is “the right response to the massive changes and challenges in the financial industry,” said Paul Achleitner, chairman of Deutsche Bank’s supervisory board.

The management of Germany’s Commerzbank has a clear strategy about the planned merger with Deutsche Bank and is “working hard” in order to reach a decision as quickly as possible, CEO Martin Zielke said in an internal e-mail sent to the bank’s employees and seen by EURACTIV.

Decision with a lot of symbolic power

Investors are sceptical about the bank’s U-turn. The share has fallen by almost 10% since the start of the week. And analysts are also sceptical about the restructuring: for example, analyst Anke Reinigen of the investment bank RBC told Reuters that the danger that Deutsche Bank’s plans would not work out appears “higher than originally thought”.

Competition in the domestic market is fierce and should continue to grow in the coming years.

This will lead to major upheavals in the years to come, Brian Whitmer, chief analyst for European markets at Elliot Wave International think tank, told EURACTIV.

“People will still realise what an important event the Deutsche-Bank restructuring is. Finally, banks around the world are closely linked. Deutsche Bank is just the tip of the iceberg,” he added.

According to Whitmer, the optimism of recent years has also driven investment banks to those markets in which they have no particular strength, such as Deutsche Bank in the Asian market.

He believes the number of investment banks will fall significantly in the coming years. Fewer, but more specialised players, he predicts. The model of universal banks has had its day.

Banking union: “Most important task” for the new Commission

“The sooner the European banking sector is restructured, the better. Enormous adoptions are necessary”, says Nicolas Vernon of the think tank Bruegel and the Peterson Institute for International Economics in Washington, DC. Deutsche Bank had recognized that.

In order to really stabilize Europe, it would need the completion of the banking union, Vernon believes and calls this the most important task for the new EU Commission. “The Barroso Commission did good work in setting a base. Under Juncker not much happened in terms of legislation – through the lens of the banking union.”

As part of the consolidation of banks, business is likely to shift further towards the USA in the future and “skills and talent” in the banking sector will be poached from Europe, according to Thomas Schnarr, head of financial services in Germany and Austria at consulting firm Oliver Wyman.

The market shares between European and American banks have already shifted considerably. Although European banks are generally stable, this challenge should continue to grow for them. Especially for bank employees, this is no tingling news.

But also politically, the shift is not harmless, according to Schnarr.

“Every economy needs a functioning financial system. We have to make sure that this is the case,” said the analyst. However, if the products offered by European banks were no longer able to compete with their competitors in the USA, companies would be increasingly dependent on foreign banks.

“A real new start for Deutsche Bank,” commented Deutsche Bank CEO Sewing. According to analysts, this is a symbol of the major upheavals in the entire banking industry. 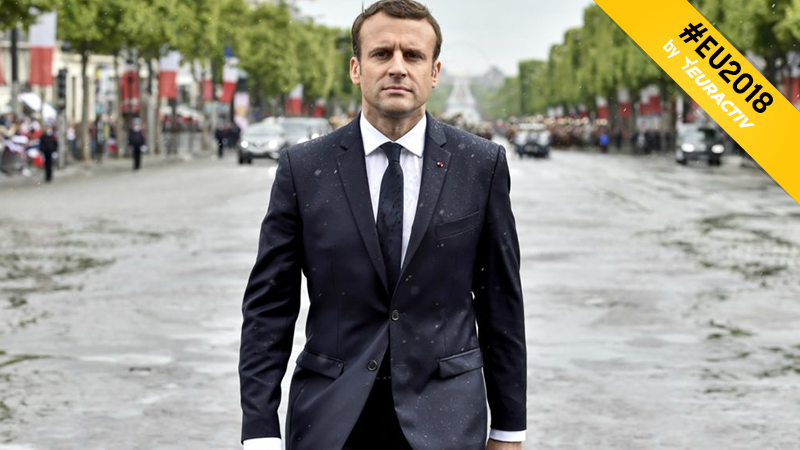