European Central Bank (ECB) president nominee Christine Lagarde during a hearing by European Parliament Committee on economic and monetary affairs in Brussels, Belgium, 04 September 2019. Lagarde is answering MEPs' (Members of the European Parliament) questions ahead of a plenary vote on her candidacy. [EPA-EFE/OLIVIER HOSLET]

Speaking before the European Parliament’s Committee of Economic and Monetary Affairs, the outgoing International Monetary Fund’s managing director stressed that price stability is the “main anchor of the ECB”.

A “clear mandate” is “vital for stability and welfare”, said the first woman elected to lead the ECB.

But she hinted at the possibility of further unconventional measures to respond to the worsening economic climate, depending on the cost-analysis of these monetary tools.

“The assessment has to be made in a collegial way,” she said referring to the ECB’s 25-member governing council that she will chair as of 1 November.

In this context, she touched upon the ongoing discussion within the ECB to review its primary goal of inflation below but close to 2%.

She explained that what it is being debated within the institution is that the 2% target could be attained not only from below but also from above.

Lagarde added that not only the ECB but central bankers across the world need to clarify their monetary mandates in a cost-benefit analysis, as the fight against “lowflation”, a concept coined by her, has become a priority since the financial crisis erupted in 2008.

This revision would give central bankers more leeway to fuel their economy in times of growing uncertainty because of the trade war, Brexit or the ailing multilateral cooperation.

Lagarde insisted that she would stick to her mandate but would also use “the agility to adapt to the world as it changes around us”.

She underlined that the current “highly accommodative stance” adopted by the governing council is warranted for a “long period of time”.

And while the net benefits of the expansionary monetary measures are on the positive side, she said she will be “mindful” of the negative consequences, in response to the criticism coming from savers and pensioners in some countries, especially in Germany.

Lagarde is expected to get the MEPs’ blessing on Wednesday afternoon, although parliamentary approval is not mandatory for her to take over as ECB president.

During her two-and-a-half-hour grilling with the MEPs, the former finance minister and IMF chief delivered various well-tailored messages for her audience.

As she already indicated in her written replies to the committee, she stressed that the fight against global warming will be a priority during her mandate.

She said that climate change and environmental risks must be “at the core of the mission” of any institution, and that “charity begins at home”.

In this regard, she said the ECB could not exclusively invest its €2.6 trillion portfolio in green bonds, mostly because the offer is limited, but it could signal where intends to direct its funding.

In addition, Lagarde pledged a more inclusive ECB by fostering a “strong and vibrant dialogue” with the civil society to improve its deliberations.

Against this backdrop, she argued that she will be “relevant” in communicating the monetary decisions so people can understand them, by using a more plain language, without the widespread abbreviations and the jargon repeated by regulators and decision-makers in the EU sphere.

Lagarde will become the fourth president of the most powerful EU financial institution in the current context of volatility and uncertainty.

But she warned that the all-powerful ECB leadership will be insufficient to cope with the challenges ahead, from Brexit to the trade war.

Her predecessor Mario Draghi’s “whatever it takes” in 2012 is regarded as the turning point in efforts to overcome the euro crisis. Lagarde hoped she would not have to be in that situation. But she already told national governments they must bear their responsibility to avert the next crisis.

In line with past messages delivered from Frankfurt, Lagarde said that more countries among the eurozone members can now use their fiscal space to build broadband networks and other infrastructure that could help avoid an economic downturn. “Certainly there is not a lot of room but there is room,” she added by pointing at the low deficits. 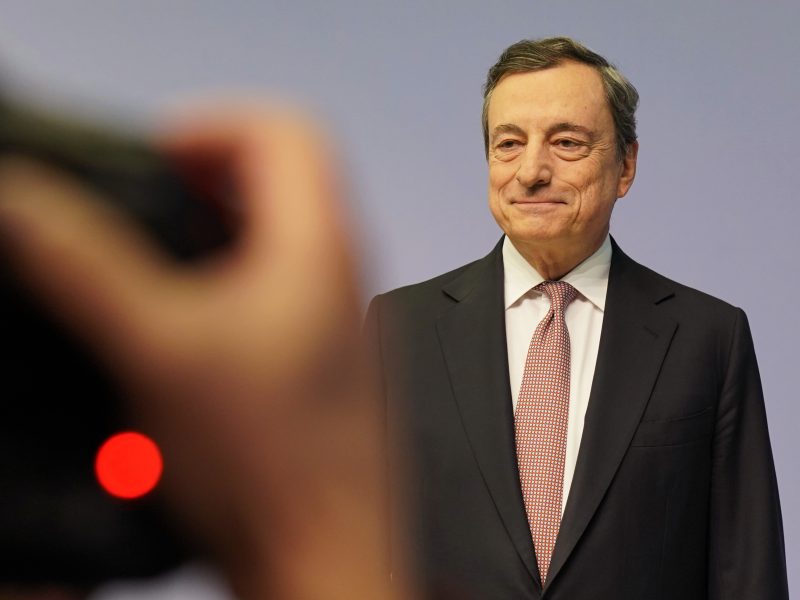 The ECB’s key interest rate remains at zero and is expected to be at that rate at least until summer 2020. However, ECB chief Mario Draghi is suggesting that a decisive fiscal policy is far more important for the eurozone, especially for Germany and Italy. EURACTIV Germany reports.

Germany, the Netherlands, Austria, Ireland, Finland, Slovakia, Slovenia and the Baltic States are among the countries with fiscal space to spur their economies.

In addition, national governments must conclude their structural reforms “while the sun is shining”, she repeated, quoting US President John Fitzgerald Kennedy. She lamented that in many countries, the reform push did not survive beyond the speeches.

In regards to deepening the economic and monetary union, she followed Draghi’s past remarks as she called for completing the banking union with a European Deposit Insurance Scheme to protect savers across Europe, and adding a fiscal cushion to shield the national economics against sudden economic shocks.

She welcomed the member states’ agreement to create a budgetary instrument to support the euro area’s competitiveness and convergence as an “embryo” of the fiscal capacity. But she added that it would be “extremely helpful” if it also helps to protect the euro members against shocks and liquidity issues, provided the conditions are met.

Northern countries, primarily the Netherlands, are against further fiscal transfers as they blame some members, particularly Italy, for breaching the fiscal rules.

Lagarde also noted the importance digital technologies would have during her mandate. In this context, she distinguished Facebook’s controversial digital asset Libra from other highly volatile cryptocurrencies.

While she said that the so-called “stable coins”, including Libra, are a “different animal” compared with cryptoassets, she stressed that they still must be “in full compliance” with all the regulations, and that regulators must ensure they are not used for money laundering or terrorist financing.