After hours of bilateral meetings which began at midnight on Sunday, European Council president Charles Michel called time at 6am on Monday morning. Positions between member states are now much closer than they were at the beginning of the meeting but still far apart.

Michel is expected to present a new proposal that would rebalance the share of grants and loans at the request of the ‘Frugal Four’ states. According to various diplomatic sources, the landing zone would be between €390 and 400 billion in grants, as opposed to the original €500 billion.

Whether the final figure would amount to €750 billion, with €360 billion in loans, is still unclear but a new ‘negobox’ is on its way.

Italy, Spain, Portugal and Greece would like to see a more ambitious recovery fund with sufficient firepower to prop up their public finances weakened by the health crisis and the lockdown measures to contain it.

The EU is facing the worst recession in its history with economic output expected to fall by 8.3% across the bloc, according to the European Commission’s latest forecast, and up to 10% in the hardest-hit countries. 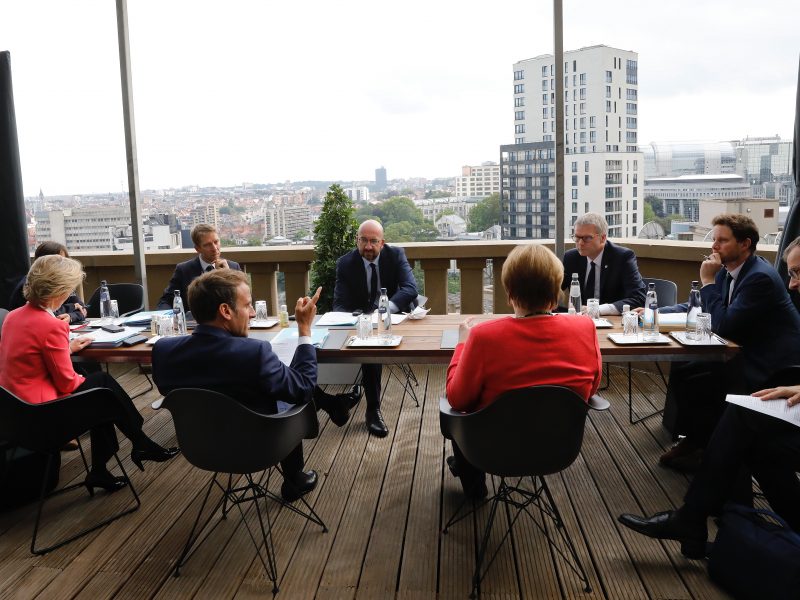 Another point of friction during the weekend’s talks has been the governance of the recovery fund.

Countries are expected to present a national plan of reforms in line with the Commission country specific recommendations that would have to be assessed by the EU’s executive body. On the basis of that assessment, the Council would have the final say before unlocking the money.

If a qualified majority is maintained for the decision on the national plans, leaders would be willing to concede an ’emergency brake’ requested by the Netherlands.

This would mean any member state who might have serious concerns over the use of funds and the respect of the commitments could bring the subject for discussion to a meeting of EU finance ministers or the European Council freezing the cash flow until a final decision is made.

While Dutch Prime Minister Mark Rutte has been alone in his demand for a tougher control system, he has been supported by the ‘frugals’ Austria, Denmark, Sweden, and Finland, who have fought hard to water down the recovery fund and demanded bigger rebates for their contributions to the EU budget.

Austrian Chancellor Sebastian Kurz said “a tough negotiation has ended” and that he was “very happy with the result.”

However, the attitude of the frugals have caused unease among the rest of member states, particularly France and Germany who have sought to mediate in the negotiation, and fear that they are threatening a vitally needed financial support package necessary.

Slovenian Prime Minister Janez Janša said at the end of the meeting that leaders might be “slightly closer to the deal”, but with “slightly less” solidarity and pointed to the rebates as an outstanding issue. “With some innovation, however, it may be the final proposal” for a long term EU budget and “strong enough tool for recovery EU,” he said.

The past four days have been almost entirely dedicated to the size of the fund and the share of grants and loans.

Asked about the rest of the pending issues, such as the linking the funds to the respect of rule of law and climate commitments, a diplomatic source admitted some EU leaders hope that once the fund is settled, the rest would pan out.

Tension on the rise

The past few hours have seen public, open confrontation between member states. Italian Prime Minister Giuseppe Conte described the negotiation as “the vast majority of countries” that “defend the European project” versus the “so-called frugal”.

According to an EU source, chancellor Angela Merkel and President Emmanuel Macron even threatened to leave the negotiations if the obstacles to reach an agreement persisted which eventually led to a change in the frugals’ position.

The meeting took so long that Luxembourg Prime Minister Xavier Bettel had the time to return home for an emergency meeting as COVID-19 cases have been steadily rising over the past few weeks, a reminder that the pandemic that has claimed the lives of around 130,000 people in Europe has not ended.

Addressing the press after the meeting, Bettel admitted that “rarely in seven years have I seen such diametrically opposed positions on so many points.” 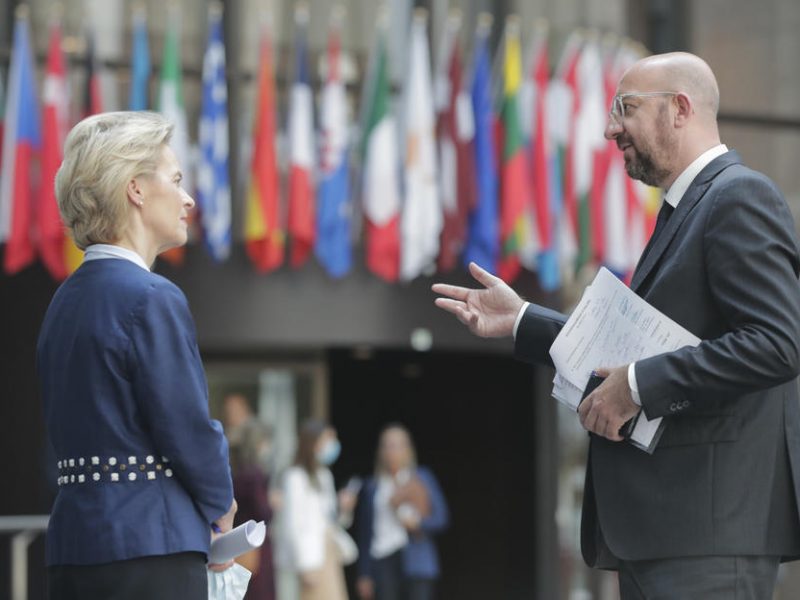