Global overcapacity in the steel sector, which is already putting EU-China relations under strain, risks becoming a flash point between Europe and the United States ahead of this week’s G20 summit, which begins in Hamburg on Friday (7 July).

Leaders from 20 of the world’s most developed economies will discuss a range of subjects including climate change, migration, digital issues, jobs and trade at the two-day summit.

“We will discuss the G20’s position on the dangers of protectionism, the issue of fair competition and the handling of overcapacity in certain industries, such as steel,” a source close to the French presidency said.

The question of global overcapacity in the steel sector, particularly in China, has already been discussed by G20 leaders at previous summits. China, which produces around half of the world’s steel, has taken measures to support the sector and protect the jobs it provides. State subsidies mean Chinese steel is sold at a loss and the sector in other countries undermined.

In September last year, the 20 economic powers recognised this as a destabilising factor for the global economy, which needed to be rectified. Drafted under the Chinese presidency of the group, the final communique from the summit recognised the need for “collective” action on the issue.

G20 members also condemned the use of “subsidies and other types of support from government or government-sponsored institutions”, without naming China explicitly. 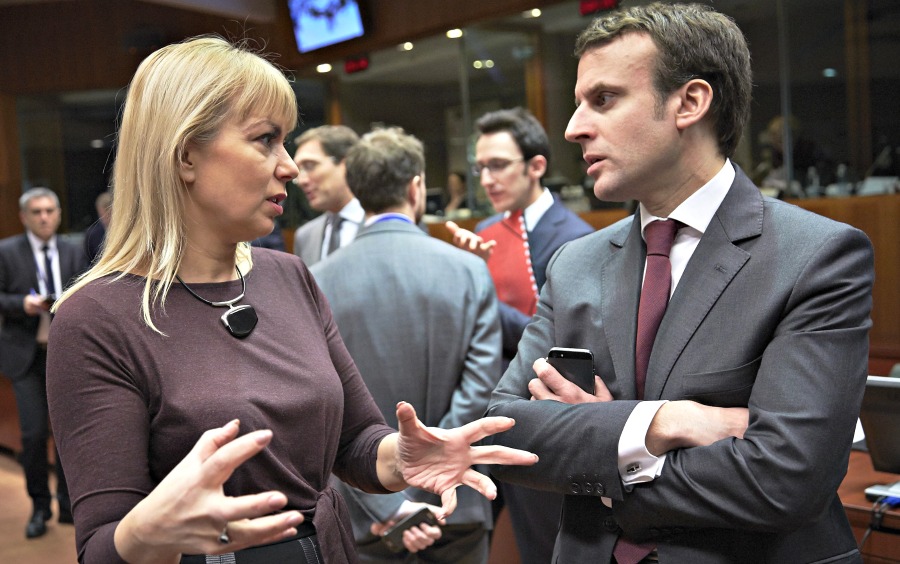 This time, it is US President Trump’s statements that appear to have Europe rattled. For several weeks, the White House has been threatening to take protectionist measures to block steel imports from other countries, citing reasons of national security.

In response, the European Commission sent written comments to the US trade ministry.

“There is no evidence that imports, and certainly not those from Europe, affect or threaten American national security,” a European Commission spokesperson said. “If difficulties arise regarding the price or quantities of certain specific steel products, they should be dealt with using the current legal instruments,” the spokesperson added.

Under “section 232” of a law dating back to 1962, the US president can restrict imports that may threaten national security. Wilbur Ross, the US secretary for trade, will present a report to the G20 evaluating the impact of steel imports on national security.

“The American authorities could take a series of measures using this legal basis, which would affect, among others, the French and European steel industries,” a representative from the French Ministry of Foreign Affairs told a press conference on Monday (3 July).

According to a recent study by the Peterson Institute, Canada, Mexico, Japan, Germany and Korea would be the first to suffer from any such protectionist measures. China, already the target of anti-dumping measures from the US, would feel less of an impact.

“And the EU does not want to be tarnished with the same brush as other countries,” the French ministry representative added. “If US measures affect European countries, we will react very quickly.”

According to a French source, Europe could consider a response “in line with its anti-dumping policy”.