The words 'We Are One Big Family #Vollreal' and the YouTube logo are projected on a screen at the 'VideoDays', the biggest YouTuber meeting in Europe, in Cologne, Germany, 19 August 2016. [EPA/MAJA HITIJ]

The copyright reform battle has been raging for two years. It has stirred up passions and its fate will be sealed on Wednesday (12 September), during a plenary vote. in Strasbourg.

Reform is necessary but that is as far as the consensus goes. As the most recent reform dates back to 2001, the directive has to be adapted to the digital age. Two sides have been fighting over all of the other aspects since the Commission made its first proposal in 2016.

On one side are authors, media groups and artists who are calling for their rights to be better protected, often being not respected by almighty online platforms which amass billions of euros through the published content.

On the other are the aforementioned platforms, such as Google, YouTube and Facebook, in other words the “GAFA” companies. For them, making less profit or even of being subject to greater regulations is out of the question. On their side are also libertarians, who support an internet which is free and open to all.

The latter were successful in the first plenary vote in Strasbourg in July. The intense lobbying of the dissenters of the reform, who used a mail and tweet campaign, worked. The MEPs rejected the reform with 318 votes against, 278 votes for and 31 abstentions.

However, a poll conducted by Harris Interactive between 24 and 30 August showed that 87% of European citizens approved as a whole the creation of new rules by the EU. These rules are aimed at protecting and guaranteeing the remuneration of artists and content creators.

The poll was conducted on a sample of 6,600 people aged over 18 in the Czech Republic, France, Germany, Greece, Italy, Poland, Romania and Spain. Public opinion is undoubtedly in favour of authors being better protected.

When they meet again in plenary on 12 September, the MEPs will review the text and amend it if necessary. If it is rejected again, this would result in the text being abandoned, which would represent a blow to the Commission, which wanted to close all of its cases in the digital sector by the end of the year. However, if the text is adopted, the trilogue meetings with the Commission and the Council will be able begin.

The debate is focused on two articles of the reform proposal. Firstly, article 11, which aims to establish a ‘related right”, requiring the GAFA companies (Google, Apple and Facebook) to pay authors and media groups to publish articles and add them to article aggregation services, such as Google News.

On this matter, the Harris Interactive poll showed that 81% of European citizens are in favour of the media being paid by platforms that reuse their content.

For Johannes Kleis, director of digital policies at BEUC, the European Consumer Organisation, “it is clear that creators deserve to be fairly paid. Consumers greatly appreciate Europe’s cultural diversity. But any attempt to increase the remuneration of creators at the expense of creativity and consumers’ freedom of expression is the wrong way forward”.

Secondly, article 13 provides for the introduction of an obligation for platforms to comb through content made available online to detect the improper use of works protected by copyright. YouTube already uses a system called Content ID which performs an automatic filtering of copyright breaches. 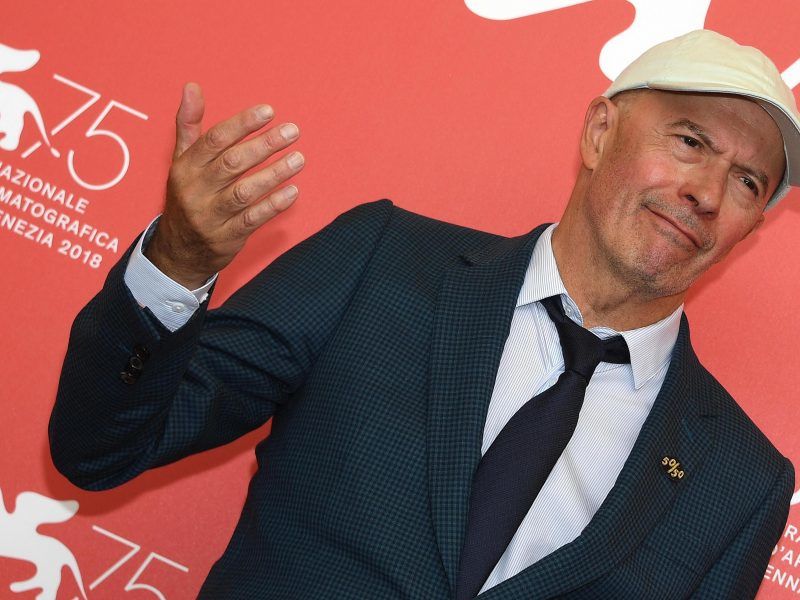 Do the GAFA companies guarantee freedom?

The critics of article 13 believe that the internet will change from being a place of creation and freedom to a place of censorship.

In a column published on Le Monde on 5 September, Pascal Nègre, a big shot in the music industry feared a “blind, automatic and systematic censorship”.

“Before becoming a star, an artist starts as a hobbyist, putting their creation online to see how the audience responds and to establish their fan community,” Nègre explained.

“We certainly should not put up legal barriers which could ultimately over-complicate the process or even prevent these first artistic steps from being displayed”.

Faced with platforms spending millions of euros on lobbying in Brussels, the rights holders condemn the misleading campaigns and warn of the danger looming over press freedom.

In the opinion of two-thirds of citizens from those eight European countries, GAFA companies currently hold more power than the European Union does.

“In this context, the GAFA companies may be perceived as a potential risk for the functioning of democracies: six citizens out of ten (61%) from these European countries share this view and in France, the figure is even over three-quarters (76%),” the Harris Interactive poll stated.

In order to move the discussion forward, MEPs will have to make amendments to articles 11 and 13. However, the two sides seem reluctant to let things go or to make concessions.