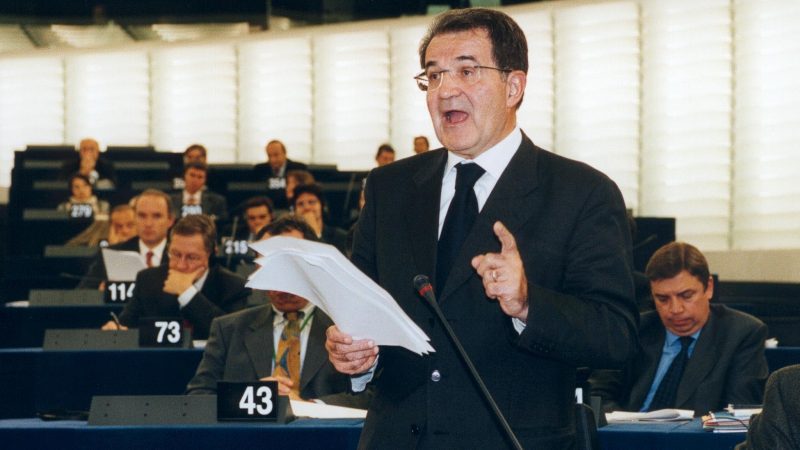 So often the source of rows between its members, the European Union starts reviewing its rules for national budgets on Tuesday (19 October) to fit a post-pandemic reality of higher public debt and the huge costs of transitioning to a zero-emissions economy.

During the landmark review – likely to take until the end of 2022 at least – governments, economists and academics will also debate how to simplify the so-called Stability and Growth Pact, which has grown so complex that few people fully understand it.

What began in 1997 as two regulations and a resolution of some 12 pages in total has since multiplied several times and is accompanied by a 108-page user manual, updated every year by the European Commission.

The main goal of the Pact is to protect the value of the euro by curbing government borrowing, because while the eurozone has a single monetary policy underpinning its currency, each of the 19 euro countries sets its own budget policy.

This has been the source of many frictions over the years. In 2002 then European Commission President Romano Prodi called the Pact “stupid”, a judgment he stands by today.

Commission President explains his views on the Stability and Growth Pact

Addressing the European Parliament on 21 October, Commission President Prodi repeated his remarks that a rigid application of the EU’s Stability Pact rules would be “stupid”.

“It gave me a lot of problems at the time, but later on most people said I was right because they saw that in difficult times the Pact didn’t work,” Prodi told Reuters. “I don’t think I was wrong.”

The dangers of running national fiscal policies with a single currency came to the fore in 2010 when excessive borrowing by Greece, hidden from the EU’s statistics office and the Commission that enforces the rules, triggered the sovereign debt crisis that nearly destroyed the currency.

The Pact has been changed three times so far — in 2005 when France and Germany would not accept applying the rules to themselves and in 2011 and 2013 during the debt crisis to assure markets that investments in the euro was safe.

Changes to be debated now are also a reaction to a crisis — this time caused by the COVID-19 pandemic that has boosted average debt in the eurozone to around 100% of national output from 60-70% in the early 1990s when the rules were drafted.

The annual debt reductions required by the current rules are simply not realistic for countries with debts of 160% of GDP like Italy or more than 200% like Greece.

“A debt target of 60% made sense when the Maastricht Treaty was negotiated, but it doesn’t make sense now,” said Klaus Regling, the head of the eurozone bailout fund and former head of the Commission’s economic department.

“The debt-carrying capacity of governments is higher today than what was assumed in the Maastricht Treaty, so these are elements one has to look at,” Regling said.

But while many finance ministers believe that debt reduction requirements are too strict in the post-pandemic world, there is no agreement yet on whether they can be dealt with through the interpretation of the existing laws or only through more difficult changes to legal texts.

The other big challenge is to make sure that the rules do not tie governments’ hands at a time when the 27-nation EU needs to mobilise hundreds of billions of euros to bring net CO2 emissions to zero by 2050.

An analysis by the Bruegel think-tank for EU finance ministers in September showed additional public investment to meet the EU’s climate goals will have to be 0.5%-1.0% of GDP annually during this decade alone. Bruegel proposed exempting investment to fight climate change from EU deficit calculations.

While the idea has the general backing of Spain, France and others, officials also point out the difficulty in defining what is and that is not a “green” investment. Commission Vice President Valdis Dombrovskis has said the investment exemption idea will definitely be part of the coming discussion.

But some officials also believe that the Pact is already flexible enough and any further relaxation might lead to trouble down the road.

“The call for easing or reform has always existed – and it has always been wrong. It would be a mistake to relax the rules now,” former German finance minister Theo Waigel, called the father of the euro because of his role in setting up the rules in the 1990s, told Reuters.

“Some countries wanted to exclude investments, others the pandemic costs, again other countries military spending from the stability pact calculations. Over the years, there has always been something that governments have wanted to exclude. But it was always right to resist,” he said.