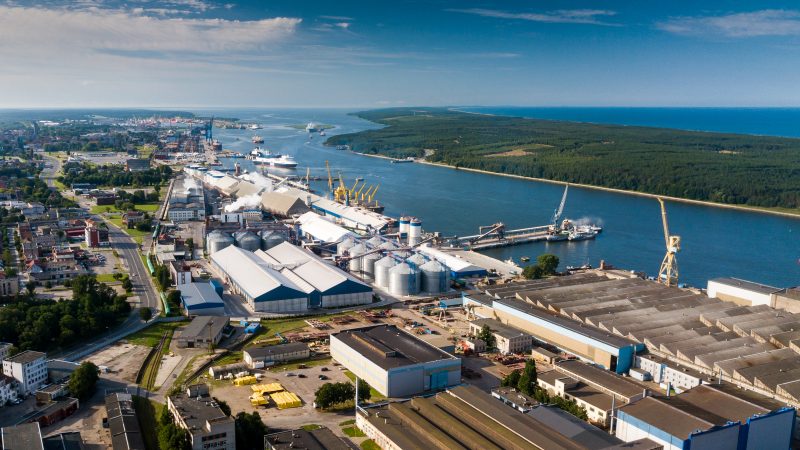 Over the past month, China has used coercive trade measures on Lithuanian companies and international firms with operations in the country. Businesses themselves, however, are reluctant to speak up.

Since 2020, China has pressured Lithuanian companies as ties between Lithuania and Taiwan, including mutual aid during the pandemic, got tighter. The situation escalated further with China’s imposition of trade barriers after Taiwan opened a representative office in Vilnius in November 2021.

Now companies linked to Lithuania are starting to feel the heat from Beijing but have nowhere to turn.

“They are afraid to talk because China is a huge market for them,” the president of the Lithuanian Confederation of Industrialists, Vidmantas Janulevičius, told EURACTIV.

China’s crackdown started with revoked licences for Lithuanian grain exports to China. Then, from spring 2021, credit insurance became unavailable for trading between Lithuania and China, according to Janulevičius.

From September, certain industrial goods that Lithuanian companies had prepaid were not delivered, creating a headache for the Lithuanian economy that imports five times more from China than it exports.

Lithuanian companies then began to encounter several administrative hurdles that made it impossible to export to China. The Chinese government denied that these were deliberate government policies.

For the Lithuanian economy, China might be a negligible partner, accounting for around 1% of exports and 3% of imports. However, the Chinese market is vital for many large international companies that trade with both China and Lithuania.

According to investigations by Reuters, the German car part manufacturer Continental was pressured by China over its production facility in Lithuania.

Taiwan is trying to support the Lithuanian companies that have lost their market access to mainland China. However, it is harder to compensate the Lithuanian economy if companies from other parts of the world join the boycott, fearing for their access to the Chinese market. 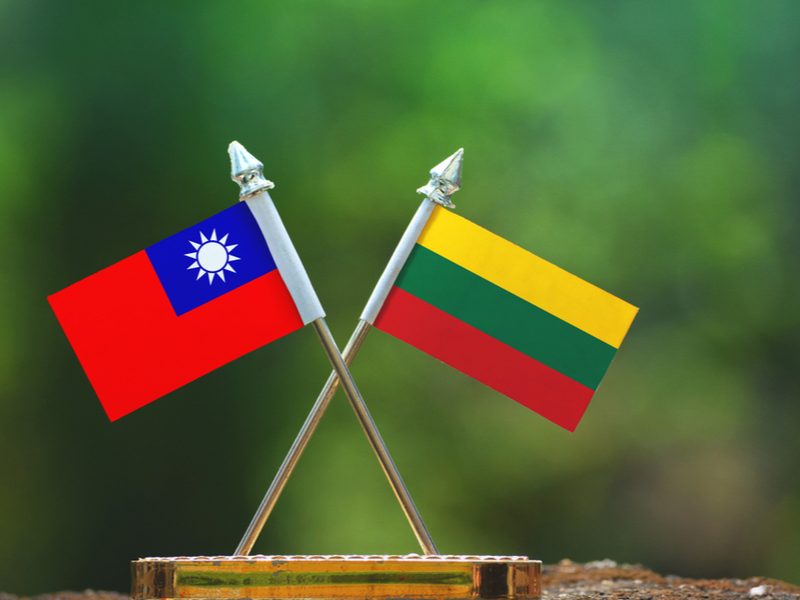 Taiwan announced the launch of a $1 billion credit programme to fund joint projects between Lithuanian and Taiwanese companies in six business categories, a Taiwan government minister said on Tuesday (11 January).

“Some of our enterprises begin to feel pressure from companies in other countries,” Eglė Radišauskienė of the Lithuanian Business Conference told EURACTIV.

It is difficult to establish how many companies in Lithuania are affected by this pressure as individual companies are hesitant to speak out.

“Our members do not want to share their names,” Radišauskienė said.

Moreover, Janulevičius, who heads the largest business association in Lithuania, said that “no company agreed to give an interview despite the fact that we promised confidentiality”.

Hella, a German electronics company with a production facility in Lithuania, declined to comment, as did the SBA group, a large furniture producer.

Furniture manufacturing is one of the biggest Lithuanian industries, accounting for nearly 5% of exports in 2019. Lithuanian furniture producers are also among the most important suppliers of IKEA at a time it is expanding its presence in the mainland Chinese market.

IKEA declined to comment on whether it felt pressured to decrease its imports from Lithuania.

“While we do not discuss details, IKEA always adapts its operations to the applicable business rules and optimal business solutions in each market,” IKEA told EURACTIV in emailed comments.

In reaction to the Chinese pressure, the European Commission is currently gathering evidence with a view to taking a case to the World Trade Organisation.

“According to the information we have received so far from the Lithuanian authorities, a pattern is already emerging, and problems persist, which are now also affecting supply chains and thus other EU member states,” a Commission spokesperson stated.

Taking a case to the WTO is a lengthy process, and even if the WTO were to rule in favour, compliance with the verdict is not guaranteed.

For the moment, the Commission has no other tools to react to coercive actions by third countries. In December 2021, the Commission proposed the introduction of an anti-coercion tool that would allow it to take countermeasures more easily.

Janulevičius, whose own company has deliveries stuck in China, called for differentiation in the supply chain and reduced dependency on the Chinese market.

He voiced hope that European countries and industries will stand united, saying that Lithuania might not be the last to suffer from foreign economic coercion. “It could be difficult for some other countries in the future,” he said.

On Friday (14 January), EU foreign ministers in Brest pledged solidarity with Lithuania in its trade dispute with China, though no new measures were announced.

EU’s chief diplomat Josep Borrell said that an EU–China summit at the end of March would allow reviewing “where we are in our relations with China”.

In the meantime, the EU side will stick to plans for a potential WTO case, which could take years, according to EU diplomats. The Commission’s recently presented proposal for an anti-coercion instrument is not likely to come any time soon due to lengthy legislative processes. 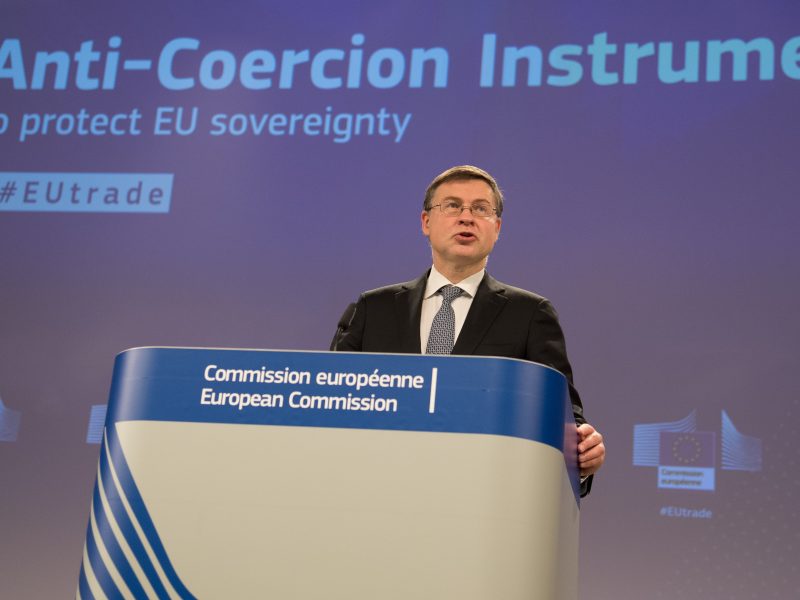