The Hands Across the Divide monument in Derry-Londonderry, symbolises the spirit of reconciliation and hope for the future. [Shutterstock]

Shay McArdle is 21 years old. He lives in Dundalk, Ireland, and has no idea what a hard border looks like or what it was like to live through the ‘Troubles’. But he is committed to preserving the state of peace that he was born into.

Almost 21 years have passed since the Good Friday Agreement was signed, and 47 years since Bloody Sunday, which marked the peak of violence in Northern Ireland. A whole generation now knows only one thing – peace.

McArdle and 18-year-old Alyshia Jackson are both members of the Youth Network for Peace, a cross-border initiative supported by the EU that encourages young people to build cross-community ties in Dundalk, a town situated 10 kilometres away from the border.

Of course, young people in Ireland have inherited some of the problems resulting from the conflict, but they haven’t been exposed to the violence, which is still glorified in the streets of Belfast or Derry that were once battlefields.

Like Shay and Alyshia, more than 10,000 young people in Northern Ireland and the border counties work together to preserve peace.

The cross-community aspect of the Youth Network for Peace is key. “Most young people have the same issues,” he explained, “there is nothing really that divides us, it is just the history.”

“A lot of leaders in my locality would have experienced the Troubles, the bombings and the atrocities that happened,” McArdle told EURACTIV, “they can give us guidance on how the peace process came and then young people can build from that.”

“The peace process is a continuation, it is not a one-stop shop. Without that, I think the communities can continue further to divide,” the young peace leader insisted. But if you get young people together, he said, they will create connections.

“We have never seen other than peace growing up,” Jackson, who voiced her concern over the impact of Brexit, told EURACTIV. “All the work we have put into that… we would be devastated just to see that gone like that.” 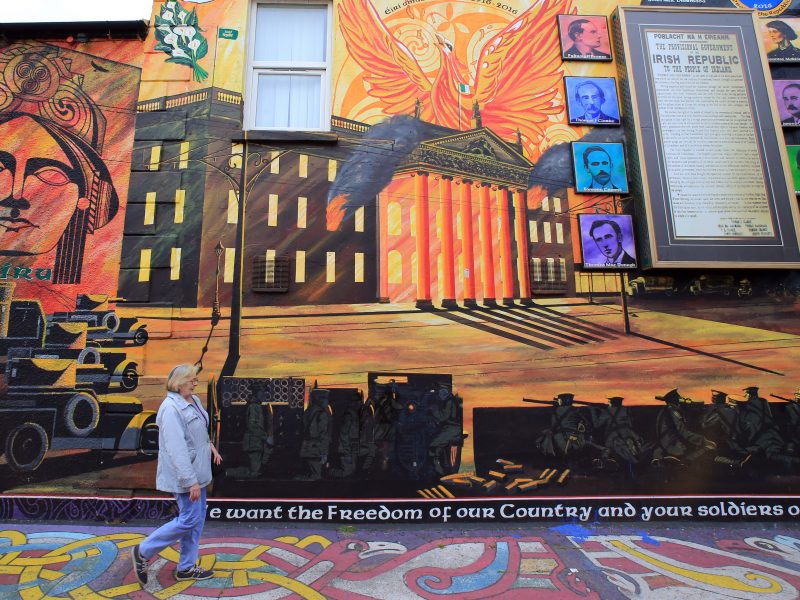 Peter used to be a policeman during ‘the Troubles’, while Tom served 13 years in the loyalist Ulster Volunteer Force (UVF), a paramilitary group. Now, both help former combatants reintegrate into Northern Irish society. A project like this would have been almost impossible without the EU’s support.

In exchange for young people spending time with the elderly, they get history lessons.

“They listen to the stories of the past, they listen to how things were different and how people lived before,” Sarah McLaughlin, project officer for Peacing Ages Together, told EURACTIV.

“We have three intergenerational groups that work under Peacing Ages Together. Those partnerships have proven to be so successful,” McLaughlin said.

“They don’t really comprehend it because they haven’t lived through the ‘Troubles’ but they are getting the opportunity to learn from what the past was like and to see what normality is now,” she insisted.

The project also has provided older people from different communities the possibility to share activities. They combat loneliness and isolation by teaming up with people they would have regarded as their enemy years ago.

“These older people have lived through the past 30 years, through the Troubles, they might have different preconceptions about other communities and other towns,” McLaughlin explained, “but I was blown away by how ready these people were to try something new, to make new friends, to have a new life in their third age.”

Patricia McCormack, 77, participates in one of these groups in Carrickfergus, where she takes part in drama classes, in the East of Northern Ireland. She admitted being a bit hesitant at the beginning.

“There is always this undercurrent ‘them and us’… but then, these cross-community projects they have over the years behind the scenes have made a tremendous impression on the out whole community,” she explained.

“I have been involved in other cross-community projects and I think we needed it in Northern Ireland, we need people to come together,” said Carley Anderson, another member of the group.

Kathy Wolf and Jackie Barrow are both members of The Next Chapter, an initiative that aims to empower women in Northern Ireland. The project brings together women from different backgrounds and classes and encourages them to help each other to lead the transformation of society into a more inclusive, equalitarian fair one. They sat down with EURACTIV.

“I think sometimes in post-conflict societies we tend to focus on the men who fought in the war. But there is a tendency to realize that when the men were fighting, there were women working hard as well,” Wolf said.

Although women played a fundamental role in the conclusion of the Good Friday Agreement and the Northern Ireland Women’s Coalition helped as a facilitator during the peace talks, women have often felt excluded in the post-conflict arena.

“We feel that women have a unique part to play, particularly in a region that is transitioning out of conflict, as it is Northern Ireland and the border counties,” Joanne Jennings, head of The Next Chapter, explained.

“We are just as important,” Wolf added.

Barrow, meanwhile, believes that Northern Ireland has a very much male-dominated culture, lagging behind in female representation in the public and private sphere.

“When you promote women in leadership, you bring the whole family along, you are bringing the whole community alone… We need more female-centric leadership roles in our society,” Julie Heeney, also a member of the Next Chapter, explained.

“We need to remember the family, the childcare issues, maternity issues… those are community issues, they don’t just belong to females.” 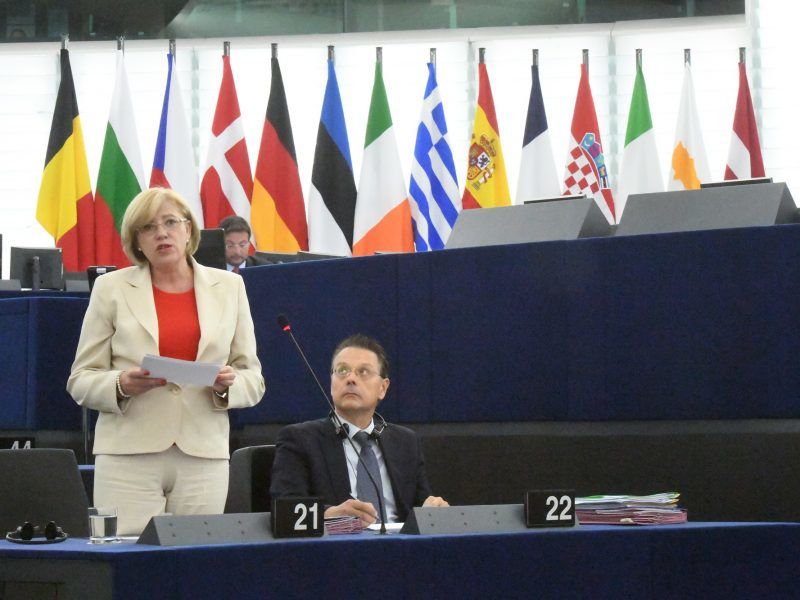 The European Parliament considers the experience of Northern Ireland as an example of the success of the EU’s cohesion policy. As Brexit draws nearer, MEPs are demanding that the EU keep funding projects in the region to preserve the peace.