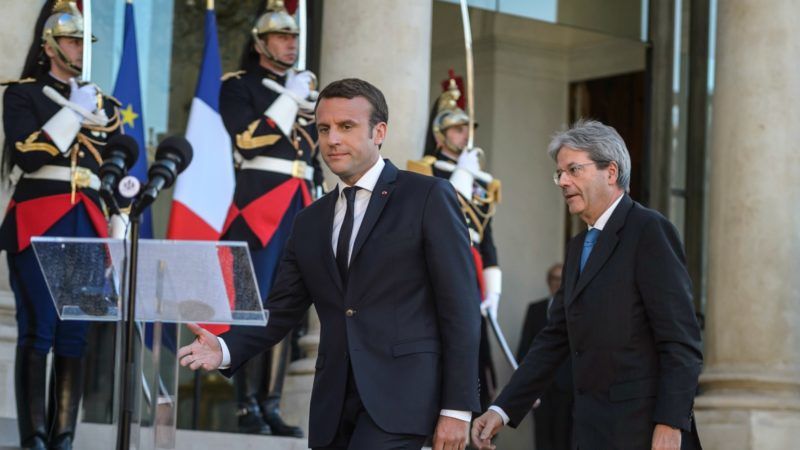 French President Emmanuel Macron and Italian Prime Minister Paolo Gentiloni said in Paris yesterday (21 May) that they would work together to “revive” Europe as the French head of state called for “common budgetary capacity” and his host for “a fiscal and banking union”.

The election of Macron gives Europe “hope and faith”, said Gentiloni, during statements in the court of the Élysée palace, before a working dinner. According to him, one of the priorities is to work towards “fiscal and banking union”.

“It is not for the near term but it is important to start working in this direction,” Gentiloni said. He also welcomed the fact that Italy and France, who are “so close and so friendly”, would be able to continue to “work together”.

Macron declared his determination to work for “a real revival of our European perspectives”. He called for the development of a “roadmap ” that would  lead to the creation of a common budget capacity and a “real eurozone” for investment, to reduce divergences between eurozone economies.

“It’s this divergence that has created financial tensions which Italy has had to suffer in recent years,” he said.

The French President repeated his desire to work quickly within the EU to strengthen rules to protect workers against social dumping and improve regulations on public procurement.

In a nod to Italy, where over 45,000 people have arrived by boat from North Africa so far this year, he said the EU must better share the burden of the high migration flows across the Mediterranean.

The EU has seen some 1.6 million refugees and migrants from the Middle East, Africa and beyond arrive on its shores in 2014-2016. Initial waves arrived in flimsy boats on the shores of Greece, but most now head mainly to Italy; thousands have died at sea. The number of migrants arriving in Italy this year has soared by over 30% compared with the same period last year.

Some 5,000 migrants bound for Italy were rescued in waters off the coast of Libya between Thursday and Saturday morning by Italian and Libyan coastguards, statements from both countries said.

Italy will open new detention centres across the country in the next few months as part of its push to speed up deportations of illegal migrants, despite critics saying that the centres are not only inhumane but also do not produce the desired result.

“We did not quite hear the warnings that Italy sent us,” Macron said. “I want us to address a real reform of the right of asylum and of our current regulations to better protect those countries most subject to this migratory pressure.”

Gentiloni urged the EU to draw up a common migration policy, and also called for the eurozone monetary union to move towards a fiscal and banking union.

“It won’t be quick, but the important thing is to be able to start and to go in the right direction,” he said.

The Italian Prime Minister is preparing to host the G7 summit in Taormina, Sicily, on 26-27 May.

Macron’s meeting with Gentiloni comes after he met with German Chancellor Angela Merkel in Berlin on Monday to draw up a roadmap for deeper EU integration.

He also met with European Council President Donald Tusk on Wednesday in Paris. 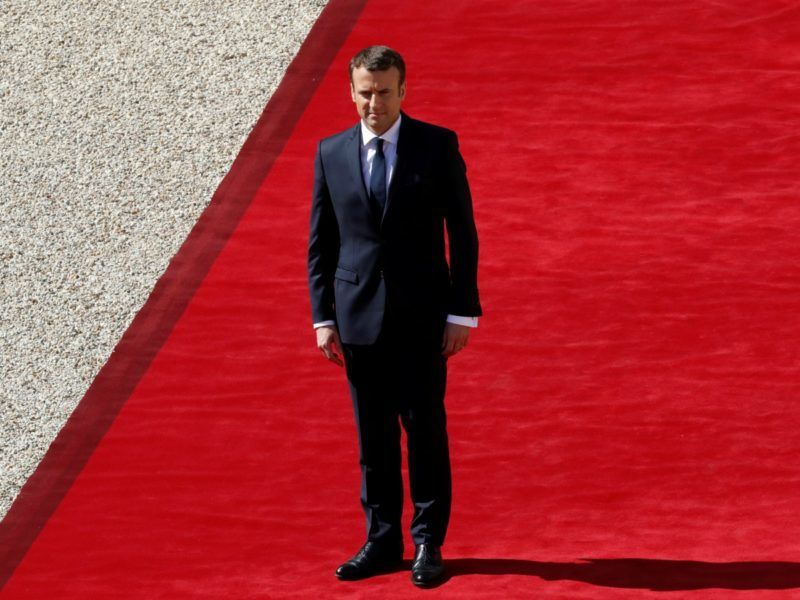