Macron may be softening up on eurozone reform to get Merkel's support. [Clemens Bilan/EPA]

Macron hinted at the shift at an EU summit in October when he described his plan to create a budget for the 19-nation currency bloc as a long-term project whose logic would become clear once Europe moved towards closer integration in other areas, such as defense, migration, energy and digital.

Since then, French officials have told Reuters the Elysee does not want to get bogged down in a technical debate over eurozone reform at a time when the EU can deliver on other fronts that may resonate more with the public.

“The euro zone is just one piece of the puzzle and I don’t necessarily think it’s the best one to start with,” one senior official said. “It is not our goal to have a technocratic discussion about the budget and how it would work.”

During his election campaign, 39-year-old Macron talked intently about eurozone reform, seeing it as critical to strengthening the European project after years of tumult and ensuring another sovereign debt crisis didn’t occur.

After barely two decades of the euro, he wanted to make sure the single currency project had the strength and flexibility to last the long-run while remaining responsive to the 350 million EU citizens who depend on it daily.

French officials stress that Macron has not discarded his ideas for the eurozone. But the decision to shift them down the priority list is a recognition of the political realities in Europe. It also underscores an irony: for years German Chancellor Angela Merkel waited for an ambitious partner in France. Now she has one but is less able to deliver herself.

Germany, with which Macron had hoped to agree on deep changes to euro area governance in the first half of 2018, faces months of political limbo as Merkel tries to cobble together a coalition.

Early signals from Germany and other EU members have underscored how difficult it will be for Macron to deliver on his eurozone ambitions, which call for the budget, a finance minister and a separate parliament for the currency bloc.

It did not go unnoticed in Paris that the new Dutch government, in its October coalition agreement, voiced opposition to any eurozone fiscal mechanism to cushion economic shocks. Earlier this month, Dutch Prime Minister Mark Rutte spoke of his opposition to more European integration and other ideas “coming from France”.

A new right-wing government in Austria could adopt a similar stance to the Dutch.

“Focusing on the technical details of European reform is the wrong approach,” said Sylvie Goulard, a former member of the European Parliament who served briefly as Macron’s defense minister.

“You really need to focus on the bigger picture – the challenge from (U.S President Donald) Trump and from China,” she said, echoing the view from people in Macron’s entourage. 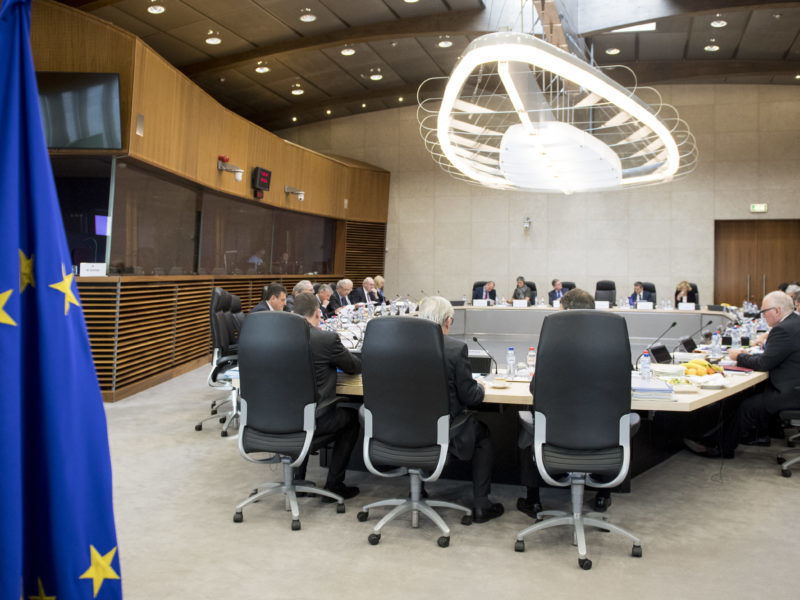 On Friday, leaders of the 19 nations that use the euro meet in Brussels to discuss how to strengthen their currency union.

The meeting is unlikely to produce anything concrete, due to political uncertainty in Berlin, and the EU goal of agreeing concrete proposals by June now looks ambitious.

The prospect of another German “grand coalition” that includes the Macron-friendly Social Democrats (SPD) has alleviated some of concerns in Paris.

SPD leader Martin Schulz made clear in a speech last week that he would put Europe at the top of his party’s agenda in looming negotiations with Merkel, calling for a “United States of Europe” by 2025.

But whether the weakened Schulz, who barely talked about Europe during the election campaign, can push Merkel towards Macron on the issue of euro zone reform is questionable.

“I am very skeptical. I don’t share the big hopes for the Merkel and Macron couple,” Henrik Enderlein, who heads the Berlin office of the Delors Institute, said last week at an event at the Hertie School of Governance in Berlin.

The more cautious stance in Paris also reflects doubts about Merkel’s own commitment to the changes Macron is seeking.

During her coalition talks with the Free Democrats and Greens, which collapsed last month, Merkel was not an enthusiastic advocate for Macron’s ideas, according to several participants from the Greens party.

One central difference between Berlin and Paris has become obvious in recent months. While Macron has pushed for a multi-speed Europe in which France and Germany lead the way, there is a cross-party consensus in Berlin that any reform push should include a broad swathe of EU members. That’s a position that is also backed by the European Commission.

The contrast was apparent during French Finance Minister Bruno Le Maire’s visit to Berlin last month, where he sparred with the Greens on the inclusiveness issue, participants said.

Officials in Berlin have been impressed by Macron’s domestic reform push and there is a broad consensus in Merkel’s party that the next German government must find ways to work with the French president.

On Monday, she vowed to work with France on a joint corporate tax policy, digital initiatives and the harmonization of arms export policies. But there was no mention of his euro zone ideas.

“There is still the old instinct to do as little as possible on the euro area,” said Jeromin Zettelmeyer, a former official in the German economy ministry who developed euro zone reform ideas with Macron’s team when he was French economy minister.

“But the old instinct to do as little as possible to accommodate France, that is gone. There is a sense that something constructive must be done.”