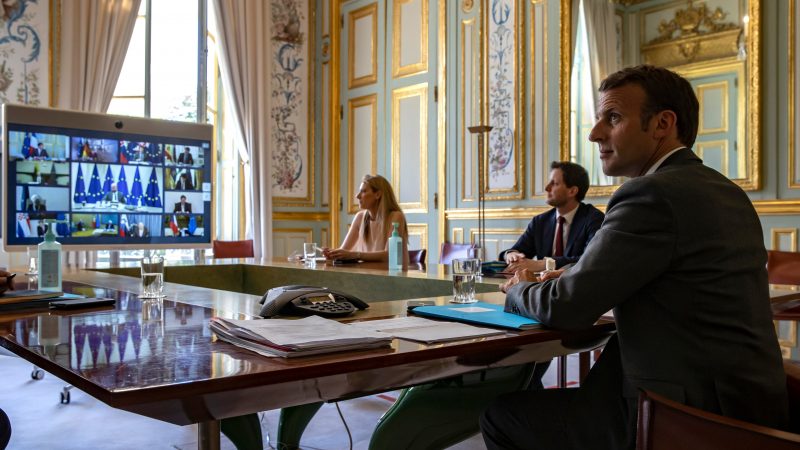 Speaking after EU leaders held a summit by video link on Thursday (23 April), Macron said the European Union’s rescue package to kickstart the recovery should be worth at least 5 to 10 percentage points of EU gross domestic product.

“Several instruments are being discussed. What matters is that the response is big enough, financed by debt that is put forward and guaranteed jointly, and that there is, on the other end of it, proper budgetary transfers to the hardest-hit regions and economic sectors,” Macron said.

Disagreements over the size and shape of the rescue package persisted, Macron said, adding that the European project had no future if member states failed to respond to the “exceptional shock”.

The deepest divisions between member states was not over the idea of jointly issued debt, but whether funds be transferred in the form of loans or grants, Macron said.

Macron said loans would be counter-productive, only serving to pile yet more debt on the worst-hit states.