But its size remains vague and its creation could still face resistance from other members.

“We are beginning today a second step in the life of our common currency,” said Macron, after talks with Merkel in the Meseberg castle near Berlin.

The eurozone budget will have its own governance structure, and be a “real budget with annual revenues and spending”, he said, adding that Paris and Berlin hoped to have it in place by 2021.

He would however not be drawn into giving a figure for the budget, saying that its size would be discussed with other members of the bloc.

How it would be funded was also up for discussion with other eurozone members, said Merkel, suggesting that it could involve regular transfers made by individual countries or a tax on financial transactions.

“Let me be pragmatic. When (a proposal) is too detailed, that can be counter-productive,” noted Macron.

The French president, who had won power on a pro-European platform, has championed an overhaul of the bloc to reinvigorate it at a time when populist and eurosceptic sentiment is gaining ground across the continent.

He had initially sought a common eurozone finance minister as well as a common budget. But ideas for a minister of the bloc had been shot down by Berlin.

Mindful of Germans’ fear of funding eurozone laggards, Merkel had initially appeared lukewarm to the idea of a budget for the bloc.

But in a recent interview she offered a key concession, saying she could back a budget with a total sum “at the lower end of the double-digit billions of euros range.”

‘Some won’t be happy’

While he now has Merkel’s backing in hand, Macron still has an uphill struggle to convince the other members of the 19 member eurozone to sign off on the budget.

In Brussels, a high-ranking official speaking on condition of anonymity said: “Some countries won’t be happy” about the plan for a eurozone budget.

While the official did not cite countries, Dutch Prime Minister Mark Rutte had already previously voiced his opposition to the plan. 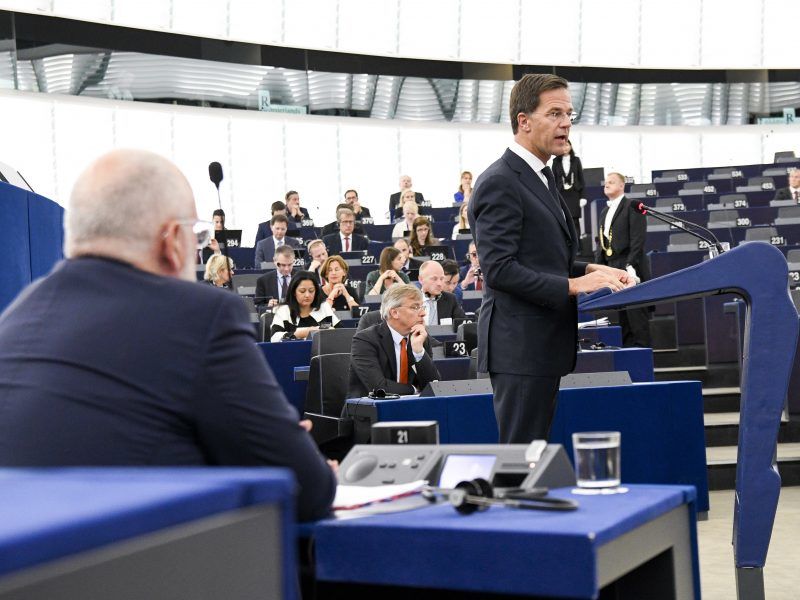 Dutch Prime Minister Mark Rutte said on Wednesday (13 June) the EU should use the tools that are already available to support reforms and protect the euro, in his latest criticism of proposals to deepen the bloc’s integration.

Beyond calls for a common budget, Berlin and Paris are also seeking to expand the remit of European Stability Mechanism (ESM) — the firefighter for eurozone countries with serious debt problems.

The twin EU engines now want the ESM to become a European version of the International Monetary Fund that could provide emergency loans to countries that fall victim to crises not linked to their debt levels.

Among other reform proposals detailed in a joint paper is the plan to harmonise corporate taxes within the bloc, as well as reach an EU agreement on a digital tax by the end of 2018.

Ireland and Luxembourg, however, are vehemently against a digital tax that could hurt their competitiveness in attracting big tech multinationals, unless the tax is broadened to include OECD countries such as Switzerland or the United States. 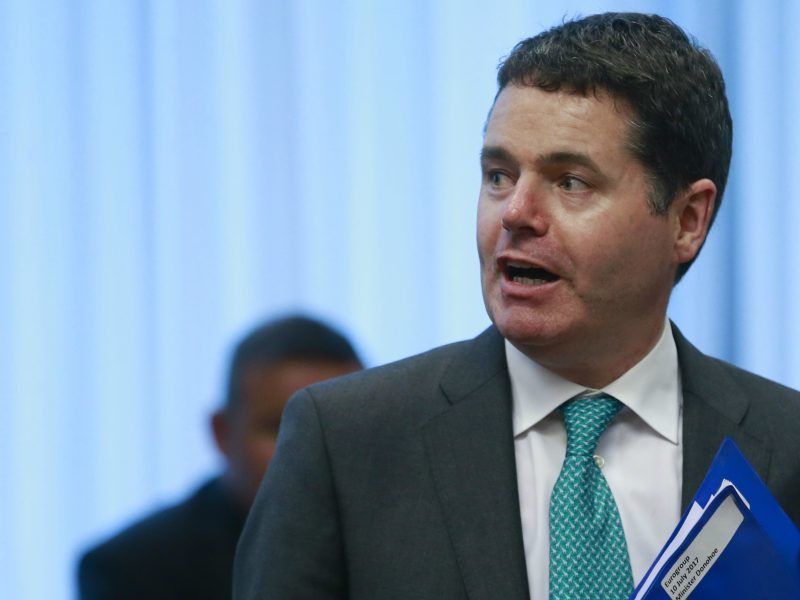 The eurozone reform and the revamping of the EU asylum system are the biggest and most difficult issues for the 28-29 June summit. 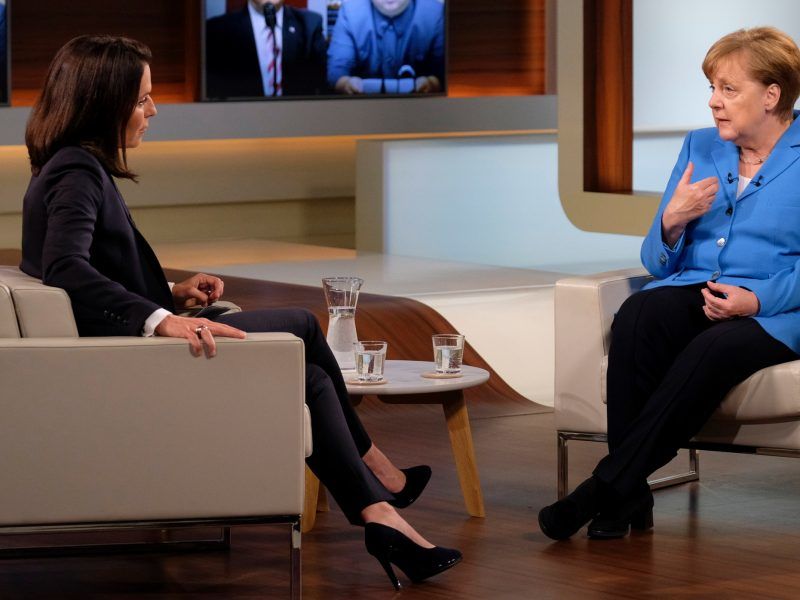 On migration, the agreed Meseberg Declaration aims at avoiding departures to Europe by working with third countries.

It also says says that “unilateral, uncoordinated action will split Europe, divide its peoples and put Schengen at risk”.

Leaders commit to jointly and resolutely tackle “secondary movements” of migrants inside the EU, especially by decreasing incentives for such movements in the new Dublin regulation but also by enhancing cooperation between member states aiming at preventing registered asylum seekers from coming to other countries and ensuring swift transfers to and readmissions by the competent member states.

#Merkel and #Macron #demonstrated #unity on European #migrationpolicy. Both stressed the need for a common solution at today's meeting. pic.twitter.com/EUlu2ADsWx