French President Emmanuel Macron and US President Donald J. Trump hug and pose as they hold a press conference on the closing day of the G7 summit in Biarritz, France, 26 August 2019. [EPA-EFE/IAN LANGSDON]

The G7 leaders’ meeting, which concluded on Monday in the French coastal city of Biarritz, was expected to be another failed attempt to mend ties among the world’s seven most industrialised nations.

Although the US President held his ground on major global issues, including climate policy, international trade or Iran, Macron managed to exploit his understanding of the American president’s personality to achieve progress on trade and diplomatic issues.

By the end of the two-day summit, Macron had charmed the US President into considering a meeting with Iran, and row back on threats to slap new tariffs on French wine.

Macron not only skillfully played his role as G7 host to contain the deteriorating relations with the US President, he also obtained some conciliatory signals from the White House tenant on key issues.

“We managed to reach convergence at unprecedented level,” Macron said at a press conference after the summit concluded.

“This was a very special, very unifying two and a half days,” Trump added, standing alongside the French president.

Although the summit began with tensions on Saturday night, due to Trump’s insistence on readmitting Russia into the G7 group of industrialised nations, the tone gradually changed over the remaining two days.

Contrary to what he initially announced, Macron told reporters that the G7 had adopted a one-page summary of the summit’s conclusions.

The final communiqué is merely a list of some of the topics discussed, including trade, Iran, Ukraine, Libya and Hong Kong.

With regards to trade, the only issue where the wording is more detailed, the G7 nations adopted a text aligned with Washington’s wishes.

The one-page summary avoids any reference to a rules-based international trade system, an expression which attracted Trump’s ire at last year’s G7 summit in Canada, when the US President called his host Justin Trudeau “very dishonest and weak”.

Instead, the G7 “wishes to overhaul the WTO to improve effectiveness with regard to intellectual property protection, to settle disputes more swiftly and to eliminate unfair trade practices”.

The WTO reform is a longstanding demand from Trump, who has made of hobby of denouncing China’s unfair trade and economic practices.

Europeans also hope that a modernisation of the multilateral body would tone down the tariff war between Beijing and Washington, and tame the EU’s own trade disputes with the US.

With regards to China, Trump said he wanted to reach an agreement “very badly”.

“I’m not sure they have a choice,” the US President said, highlighting the loss of jobs that would cause an escalation of the tariff war, announced on the eve of his arrival to Biarritz.

Trump particularly welcomed Beijing’s phone call to his administration over the weekend to signal China’s return to the negotiating table, saying it was “a very positive development for the world”.

The G7 also committed to “modernise international taxation within the framework of the OECD.”

According to Macron, this will help ensure that multinationals pay their fair share of taxes, and that digital businesses, which fall outside national tax regimes, also contribute to public coffers.

In this context, French Finance Minister Bruno Le Maire and US Secretary of the Treasury, Steven Mnuchin, announced an agreement on the digital tax Paris is preparing to impose on Google, Facebook and other US Internet giants.

Under the agreement, Paris commits to return any revenue that would be collected on top of the the international tax formula that is currently being negotiated at OECD level.

As part of the deal, Le Maire told EURACTIV.com that he got Mnuchin’s commitment to exclude fresh tariffs on French wines and other products, which Trump had threatened to impose in previous days.

Europeans responded to the US threat, warning that they would have responded “in kind.”

To that end, he orchestrated the surprise arrival to Biarritz on Sunday of Iranian foreign affairs minister Mohammad Javad Zarif.

The objective was to communicate the French proposal to lift some economic sanctions on Iran if Tehran not only stopped its nuclear program, as agreed in 2015, but also took measures to reduce its ballistic missile programme. 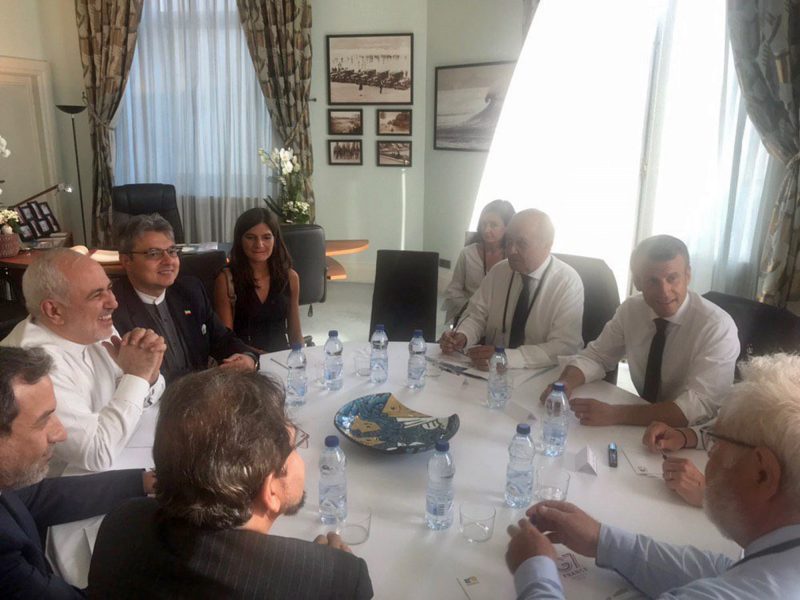 Knowing Trump’s preference for face-to-face meetings, Macron focused his efforts not on a new agreement itself, but on creating the conditions for a meeting between the US President and Rouhani.

“If the conditions were correct, I would agree with that,” Trump replied when he was asked if he would accept the proposal. Rohani expressed his willingness on Monday  morning to meet with Trump.

The change of tone, compared with past G7 gatherings, was obvious. While Trump adopted hostile rhetoric towards Trudeau last year, he referred to Macron as a “spectacular leader.”

Macron had spared no effort to charm the US leader and businessman. He went to meet him at the venue’s hotel as soon as he landed on Saturday to hold a two-hour lunch with him.

“We could have been another hour,” Trump said on Monday. “We were just trying to impress each other,” he added.

Macron acknowledged that the formula that works with the US President is to work face to face, in a “a very direct exchange” and making “effective” commitments.

Next year, it will be Trump who will receive other world leaders as chair of the G7 group. 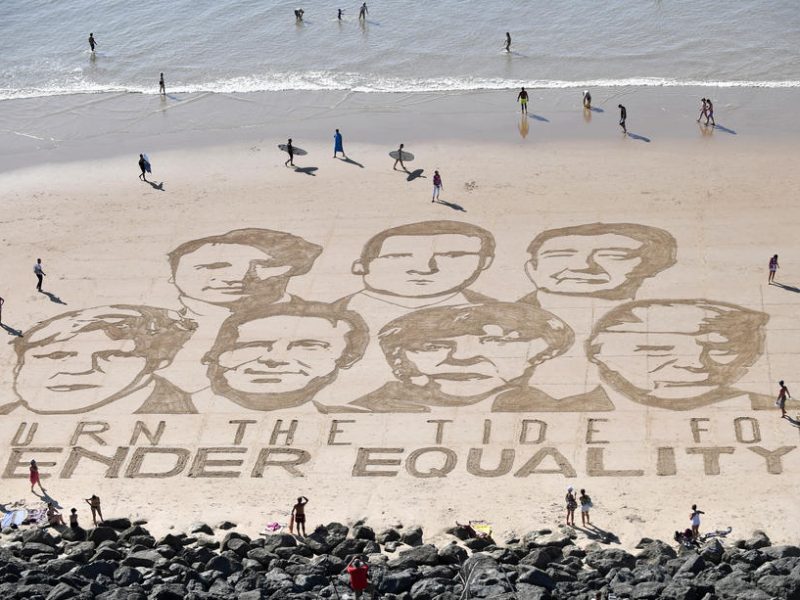