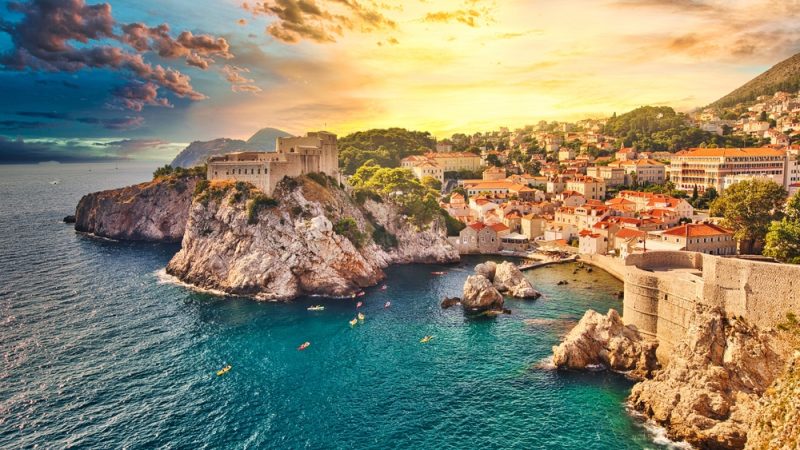 “The time of the COVID crisis for us was a period of restart, which gave us time to rearrange, to rethink,” Mato Franković said, adding that the new projects aim to stabilise economic recovery after two years of significant losses. [Shutterstock/Benny Marty]

He said tourism, Dubrovnik’s core economic activity, will also adapt to the new reality by focusing on diversified forms, such as digital nomads and film tourism.

“The time of the COVID crisis for us was a period of restart, which gave us time to rearrange, to rethink,” Mato Franković said, adding that the new projects aim to stabilise economic recovery after two years of significant losses.

Especially during the pandemic, the city focused on digital nomads – people whose jobs allow them to work remotely and at the same time like to travel and stay longer in a destination.

“We saw the potential for Dubrovnik,” he said.

“Two years ago, we organised a conference for digital nomads, followed by several other events and launched initiatives to be included in the TOP 10 Savills Real Estate Executive Nomad List. In this sense, Dubrovnik has a lot to offer, especially in the months outside the main tourist season,” he noted.

Another type of tourism that proved to be good during the pandemic was film tourism. In the midst of the crisis, in September and October 2020, three film production companies were shooting in Dubrovnik.

“In 2021 alone, over 25 camera crews stayed here, most of them foreign, including the team of CNN Travel’s ‘Quest’s World of Wonder’ TV show.”

Also, the City of Dubrovnik has prepared the project framework “Television and film studio complex and game-development centre DUBROVNIK”.

“It is designed as an entrepreneurial incubator, highly-equipped and specialised in the development of video games and professionalisation of filming in which companies of this profile would operate and make Dubrovnik even more recognisable on the gaming and film world scene,” Franković said.

The project should establish a specialised business incubator that will contribute to the development of the creative industry in the Dubrovnik-Neretva County, focusing on the audiovisual and IT industry.

“This will contribute to strengthening the competitiveness of this sector of the economy and increase employment. The complex would allow for the rental of space, audiovisual equipment and teams,” he said.

Gastronomy and the catering sector have always been an integral part of Dubrovnik’s tradition, and the mayor said this would continue by supporting locally produced food.

“Although today in Dubrovnik you can find a diverse offer of world cuisines […] we are still best known for traditional Mediterranean cuisine, where food quality is the basis of the whole story and in this sense, we work to encourage local family farms and supply chains,” he said.

“We are lucky that in our environment, from Konavle, through the islands, Primorje, Pelješac peninsula and Neretva, we have quality farmers, producers, growers, whether we are talking about fruits and vegetables, excellent Peljesac and Konavle wines, Mali Ston oyster with protected designation of origin,” he added.

Also, rural tourism is developing more and more in these areas, which is “an additional value to the offer of tourist Dubrovnik”.

Another aspect of Dubrovnik’s future is digitisation and promoting. “Smart City” solutions to reduce congestion, protect the environment, and the city’s valuable monumental heritage.

The city has developed several applications in this regard.

There is also smart parking, an application that covers every public parking space and gives an overview of free parking spaces so as not to circle the car looking for a free space unnecessarily.

“A total of 2,016 parking sensors were installed in parking spaces throughout the city, which is also the largest number of installed sensors of this technology in the world in one city. We have also installed webcams on city roads, and we are the first city in Croatia to offer a 100% electric car-sharing system service since October 2019,” he said.

“This functions as an upgrade of public transport and in an environmentally friendly way without noise and harmful emissions contributes to relieving the city’s transport infrastructure,” he concluded.