Blood pressure monitoring system. In past years, the EU was keen on harmonising technical standards with the US for medical devices. [Marco Verch/Flickr]

Medical devices came up as one of the first issues EU and US representatives discussed as part of fresh talks to improve the trade relations, European Commission Vice-President Jyrki Katainen told EURACTIV.

Both sides held technical and political meetings after the presidents of the European Commission and United States, Jean-Claude Juncker and Donald Trump, decided to launch the trade dialogue.

“We hope for an early harvest in the area of technical barriers to trade,” the office of US trade representative Robert Lighthizer said following the first political meeting with EU trade boss Cecilia Malmström in Brussels on 10 September.

But details were vague on what regulatory fields came up in the early phase of the discussion, as both sides would like to achieve some results by November.

“We have been talking about medical devices,” Katainen said.

The Finnish Commissioner, who is in charge of jobs, growth and investment, said that this issue has been among European priorities in the trade talks with the US for years.

“European companies that are producing medical devices sometimes face obstacles in the US market”, including long waiting times for licenses to sell these products, he explained.

“We heard from the US side that they are interested in the medical devices area,” he added.

But he explained that both sides are still scoping what technical barriers could be harmonised and “nothing is for sure yet”. 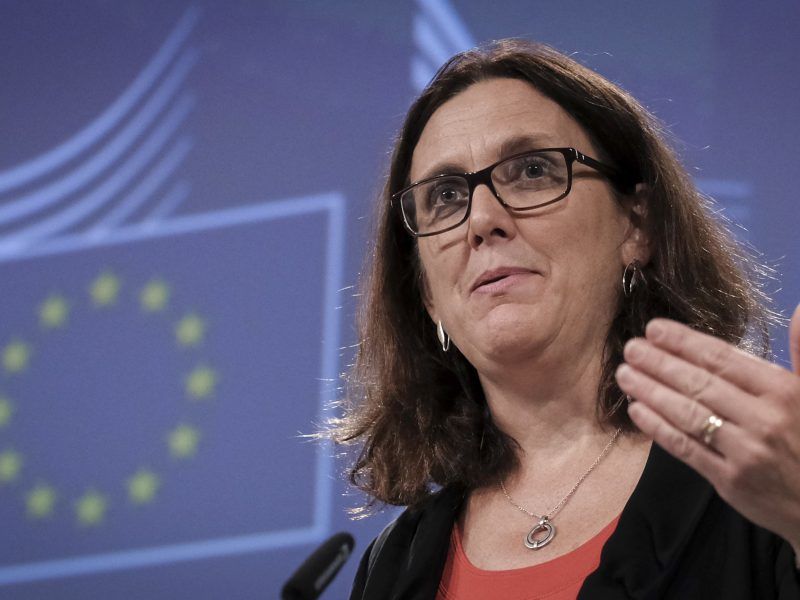 US, EU still in 'exploratory' talks on trade -EU's Malmstrom

The European Union and the United States are still in exploratory talks about how they can pursue a limited trade agreement, with no real negotiations yet started, EU Trade Commissioner Cecilia Malmstrom said on Monday (24 September).

Last July, Juncker and Trump said that the EU and the US would work to reduce barriers and increase trade in services, chemicals, pharmaceuticals and medical products.

EU officials explained that the regulatory convergence with some products would not require a negotiating mandate from member states as it would be made on a voluntary basis between the two sides.

Katainen hoped that “a good number” of regulatory areas could fall under the harmonisation the EU and US are seeking.

“Sometimes regulatory issues are more important than tariffs as such,” the Finn said.

Despite duties may impact on prices, regulatory issues could even block access to markets, he argued.

Katainen insisted that Europe is “open for a serious cooperation” with the US government.