In a letter, Commission President von der Leyen made clear that an infringement procedure against Germany is possible. [EPA-EFE | Stephanie Lecocq]

Commission boss Ursula von der Leyen may have to be tough on Germany and possibly launch infringement procedures to avoid accusations of being soft on her home country, particularly ahead of Berlin’s upcoming EU presidency, according to Green MEP Sven Giegold, who had demanded explanations on the issue. EURACTIV Germany reports.

In his open letter last Saturday (9 May), Giegold called on von der Leyen to launch an infringement procedure against his (and her) home country, Germany, after the Federal Constitutional Court declared the European Central Bank’s (ECB) bond-buying programme to be illegal and demanded that it provide a detailed assessment.

An answer from the Commission President in just two hours is “potentially record-breaking”, Giegold wrote on his website.

Not only was the speed of the response remarkable, but also the content. Von der Leyen confirmed that the Commission was examining possible steps “up to and including infringement proceedings”.

In an interview with EURACTIV Germany, Giegold was pleased: “She said exactly what needs to be said with such clarity: that the Commission is standing behind the ECJ [European Court of Justice].”

But Giegold is convinced that the ECB will not provide the assessment required by the German court, though he would be in favour of this pragmatic solution.

In the past, other EU countries’ courts have often opposed the ECJ, and Europe has always reacted sharply. “Now you can’t let the biggest member state do that and simply let it go,” said Giegold, especially when the Commission president comes from that country.

This explains her quick and unequivocal response to his letter, Giegold thinks. “She must have an interest in shielding herself from such accusations,” he said.

Also in light of Germany’s Council Presidency, “Germans in leading positions must show clarity, especially if we want to be taken seriously in a community based on the rule of law.”

Ripples in Germany over who has the final say

A potential infringement procedure has caused a stir among observers. CSU MP Hans Michelbach said it “would be a serious attack on the independence of the judiciary and the separation of powers in a democracy.”

The Karlsruhe court’s 5 May verdict said the ECB had exceeded its powers when it started buying government bonds in 2014. The purchase itself was not the problem, rather the lack of justification for the expensive programme.

It means that the Constitutional Court accuses not only the ECB but also the ECJ of misconduct. The EU’s top court concluded in 2018 that the ECB’s programme is proportionate but the German court has drastically contradicted this ruling, calling it “objectively arbitrary” and “no longer comprehensible”.

While the EU treaties give the ECJ final say in the interpretation of EU law, a special feature of German law is that it allows the Karlsruhe court to examine whether EU institutions remain within their competencies.

According to the decision, the ECB has to supply a comprehensive explanation for the programme within three months, otherwise, the Bundesbank will no longer be able to participate in the bond purchase.

CDU MEPs told EURACTIV Germany that they believe the ECB will provide the assessment to the German court.

“As long as only this assessment is lacking, it is curable,” said Axel Voss, EPP spokesman for legal policy.

Niclas Herbst, vice-chair of the European Parliament’s budget committee, also said this “should not be a problem for the ECB.”

Both are sceptical about infringement proceedings against Germany. Voss thinks that it could be a signal to “populist governments”, which may now feel emboldened in their anti-European course, but “the damage has already been done”.

Herbst said that an infringement procedure “must not be politically motivated” and warned it could even be counter-productive because it would further motivate Eurosceptics should it run aground.

However, both said that party colleague Michelbach had gone a bit far in his choice of words when he spoke of a “serious attack on the independence of the judiciary and the separation of powers.”

Both only learned that their fellow CDU-member von der Leyen is considering infringement proceedings through media reports. 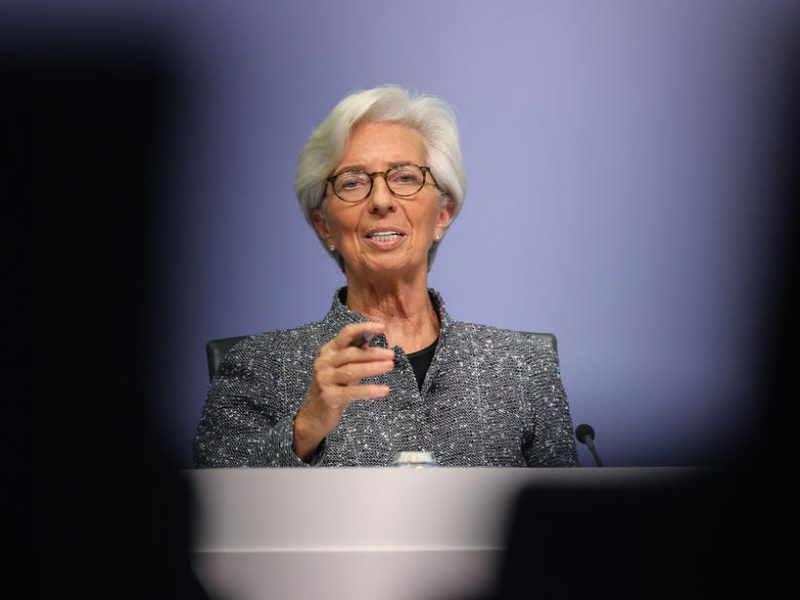 European Central Bank chief Christine Lagarde has responded to a recent German court ruling that challenged the bank’s authority by saying the ECB is an independent institution, accountable to the European Parliament, that will continue to do whatever it takes to deliver its mandate.