Members of the European Parliament backed the agreement by 474 votes in favour, 152 against and 40 abstentions. The text, signed by the two sides earlier in July, binds two economies accounting for one-third of global GDP.

Japan is the second largest market for EU companies in Asia. European firms already export over €58 billion in goods and €28 billion in services to Japan every year.

The deal will further strengthen economic relations between the two blocs, removing over €1 billion worth of duties per year paid by EU companies.

The Parliament’s consent will allow the agreement to enter into force in February 2019. 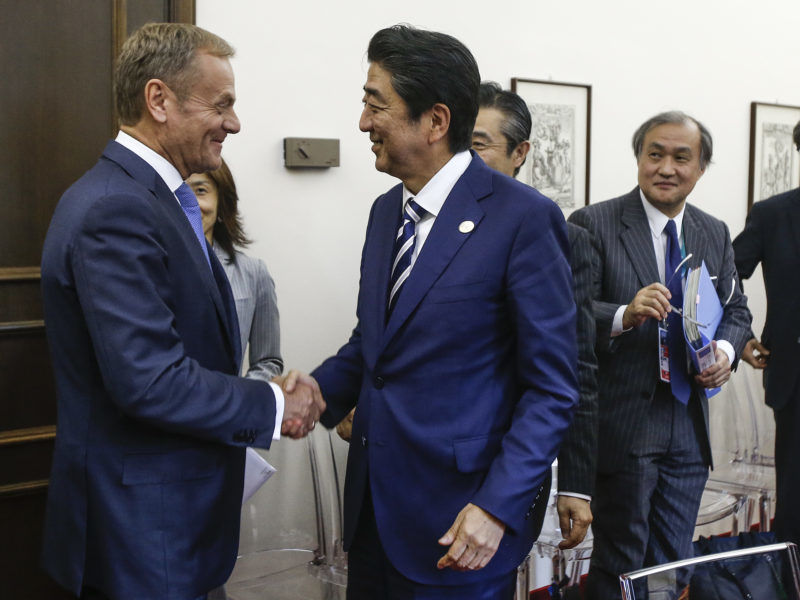 With the conclusion of the agreement, the EU and Japan showed their commitment to rules-based trade amid rising protectionism.

“Two very big economies in the world coming together, saying we trade is a good thing if we do it right,” Malmström said.

“In a time where we are experiencing a wave of protectionism, the fact that the European Parliament is now approving this agreement is a strong signal in favour of a fair and rules-based trade,” said Pedro Silva Pereira, a Portuguese lawmaker who steered the text through Parliament on behalf of the Socialists and Democrats (S&D) political group.

A strong signal “that goes beyond the European Union and Japan,” Commissioner Malmström added.

Both the EU and Japan have been struggling with tariffs imposed by the Trump administration and growing trade tension with the US.

“Everyone knows there is a tariff man on the other side of the Atlantic. Our answer is clear. We are not tariff men, but the people of fair trade,” said Bernd Lange (S&D), a German MEP who chairs the European Parliament’s International Trade committee.

Support from MEPs was not guaranteed. The European Parliament was divided when voting on CETA, the EU-Canada agreement, in February 2017. And the ratification process in member states is still ongoing, not without obstacles.

The trade deal was strongly opposed by the Belgian region of Wallonia, which blocked the signature for weeks, and later by millions of citizens who signed a petition against the agreement. 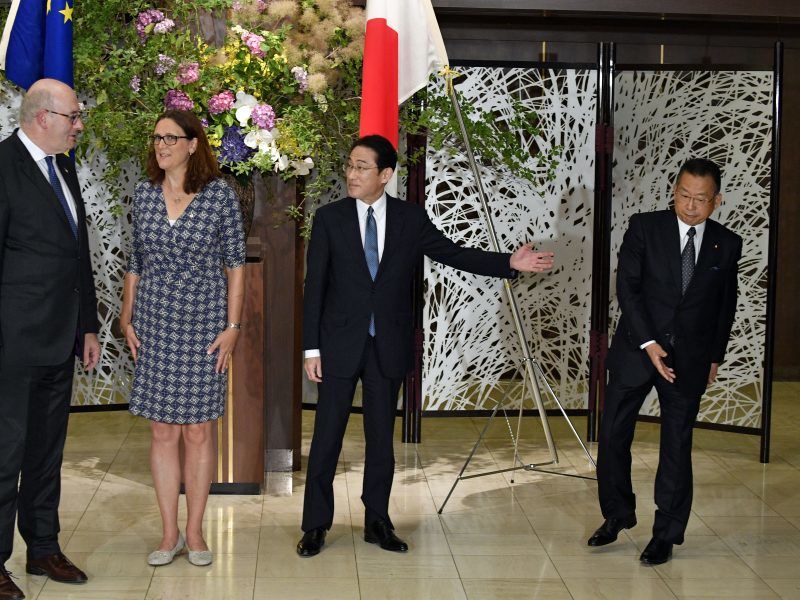 However, there was no such opposition to the EU-Japan trade deal. In Parliament, Pereira defended the text as a “progressive agreement” saying it deals not only with trade barriers but also with “sustainable development, environmental concerns, consumer protection and labour rights.”

Indeed, the EU-Japan trade is the first ever to include an explicit reference to the Paris Agreement as a legal framework for environmental standards.

“The European institutions are proving today that they can make decisions and respond in a timely manner to the existing challenges,” Silva Pereira stressed.

But not everybody was happy with the result of the negotiation. Both the European Left and the Greens opposed the treaty.

German MEP Helmut Scholz (GUE/NGL) argued that many people will lose their jobs in Europe “due to increased competition from Japanese companies in the automotive industry.”

Scholz also pointed out that the tariff reduction goes both ways, saying the EU will stop receiving €1.6 billion in import duties. “How do the Member States and the European Commission plan to compensate for this massive loss in the budget?” he wondered.

For their part, the Greens argued that the precautionary principle to prevent damage to the environment, health and consumer protection “is not safeguarded” in the agreement. “The European Parliament has missed an opportunity to take the lead in demanding a sustainable and fair international trade policy,” said Ska Keller, co-leader of the Greens in the European Parliament.

“The European Union ignores citizens’ voices and imports the old mistakes of CETA to the Free Trade Agreement with Japan,” added Klaus Buchner, shadow rapporteur for the Greens/EFA on the agreement.

The deal in a nutshell

Duties for EU exports to Japan will be reduced by over 90% once the agreement enters into force, in particular for food products such as cheese, beef, pork or wine.

Tariffs will be fully abolished for industrial products such as chemicals, plastics, cosmetics, textiles and clothing too. According to the European Commission, this will save EU exporters around €1 billion in customs duties every year.

At the same time, the deal recognises the same level of protection in Japan as they have in the EU to more than 200 European agricultural products from a specific geographical origin.

On the other hand, the EU accepted to open its market to Japan’s powerful auto industry. But in order to let European carmakers prepare, there will be a transition period of seven years before the 10% tariffs currently in place are fully eliminated.

Non-tariffs barriers will be reduced as well for clothing and medical devices. Sanitary and phytosanitary measures will be harmonised and both parties will keep working to diminish other technical obstacles to trade.

Furthermore, the EU-Japan deal will liberalise telecommunications, e-commerce and transport markets and will guarantee access to procurement markets in 54 Japanese cities. 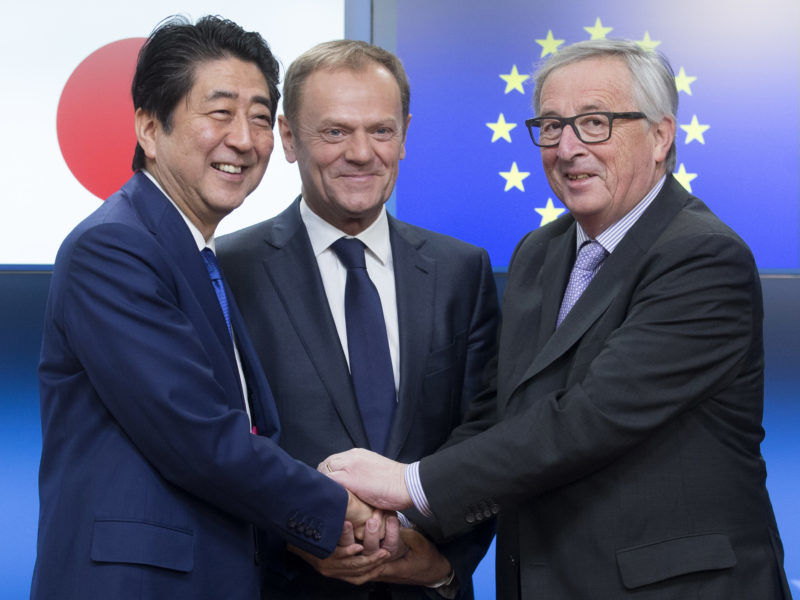 In parallel to the economic partnership, the EU and Japan are committed to strengthening their political relationship in the form of a Strategic Partnership Agreement.

In a world of growing protectionism and increasing geopolitical instability, “both regions will work together in the defence of democracy, the protection of human rights, free and open trade, multilateralism and a rules-based order”.

“This is a very good day for the EU trade agenda and for the relationship with Japan,” the reporter of the Parliament said.