Germany and France envision a massive recovery programme to meet the challenges caused by COVID-19. Much of the funding is intended to provide support “to the sectors and regions most severely affected,” as Merkel made clear in the press conference, and will be given as grants, not loans.

This will not only help the worst-hit countries recover in the short-term, but will also “enhance the resilience, convergence, and competitiveness of the European economies,” the chancellor said.

“Due to the exceptional nature of the crisis, we are choosing an exceptional path,” she added. The Franco-German initiative was thus a “contribution to dealing with the pandemic and the future of the European Union.”

Merkel and Macron propose a four-pillar model for reconstruction. In addition to the Recovery Fund, this also includes strengthening the health sector.

To enhance European independence in this field, the plan aims to strengthen the EU’s competences in the health sector including the development of a joint stockpile of medical equipment and medical supplies and the coordination of the procurement of vaccines and treatments.

A third pillar seeks to “boost the modernisation of the European economy and its business models,” particularly emphasising environmental and digital targets. Macron stressed the need to create conditionalities in the areas of climate, biodiversity and environment.

These include increasing EU targets for reducing emissions in 2030, with the goal of climate neutrality by 2050, and implementing climate conditions on state aid. The plan also calls for accelerating the 5G roll-out.

The model also provides for a strengthening of European sovereignty. This is intended to reduce European dependence on the outside world and better protect European companies through efforts to diversify supply chains and promoting “an ambitious and balanced free trade agenda with the World Trade Organisation at its core.”

However, this does not mean cutting Europe off from the world. Instead, Europe “should be less naïve…better accompany strategic industries…[and] pursue a common strategy for economic and industrial autonomy,” explained the French president.

The final pillar also calls for the swift return of a fully functioning Schengen area and internal market, as well as plans for further integration in areas such as digitalisation, energy, and capital markets. 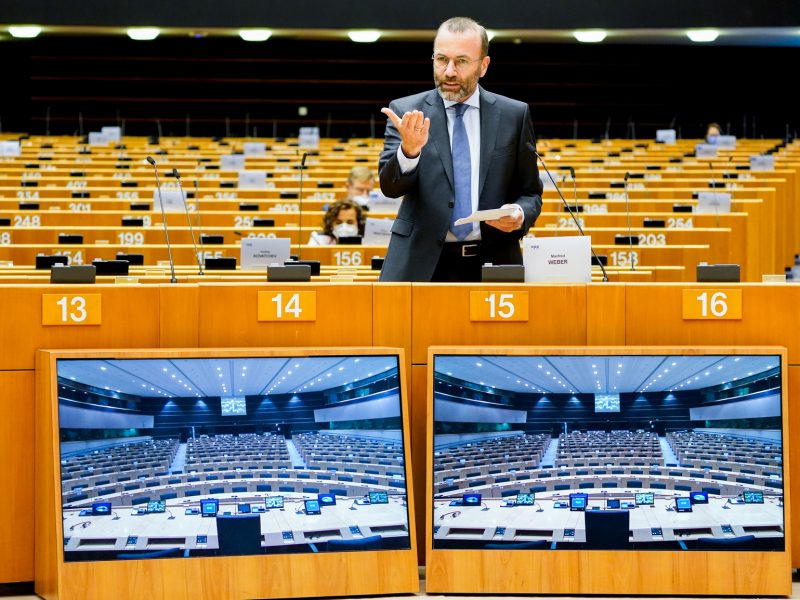 Negotiations on financing to come

To finance the plan, the two leaders advocate the expansion of the EU budgetary framework, “boosting a frontloaded MFF in the first years,” a reference to the EU’s seven-year budget, the Multiannual Financial Framework, and giving the European Commission the power to borrow on the market on behalf of the EU.

These loans are intended to be paid back in the future according to a distribution key.

The proposal calls for a “swift agreement” on both the MFF and the Recovery Fund, calling it “necessary to address the major EU challenges.”

However, reaching consensus could be difficult. The plan will require the unanimous approval of all 27 member states, and then the extension of the EU budget must also be approved by national parliaments.

While leaders in some countries like Spain and Italy have voiced their support, it remains to be seen how palatable the idea of grants will be to the so-called ‘frugal four’ (Austria, Denmark, Sweden and the Netherlands), who have so far opposed it. Austrian Chancellor Sebastian Kurz immediately tweeted that he had held talks with his three counterparts and that “our position remains unchanged.”

Yet, the two leaders are confident they will be able to reach an agreement. In response to a press question, Merkel declared that “if Germany and France provide an impetus, this will support the shaping of opinions in Europe.”