Angela Merkel's delayed meeting with Donald Trump took place on Friday due to a snow storm. [360b/ Shutterstock]

Donald Trump hosts Germany’s Angela Merkel at the White House today (17 March), a meeting delayed by a snowstorm and still clouded by a storm of words between the two ostensible allies.

The cautious German chancellor and the impulsive US president will hold talks in the Oval Office, hoping to narrow differences on NATO, Russia, global trade and a host of other issues.

Talks had been scheduled for Tuesday (14 March), before a blizzard in the eastern United States intervened and delayed the likely difficult meeting.

For years, Merkel – a trained physicist – was President Barack Obama’s closest international partner, with the two sharing a strong rapport and a similar deliberative approach.

With Trump, Merkel may settle for avoiding an open argument or a 140-character Twitter missive.

Before coming to office the US president called Merkel’s acceptance of refugees a “catastrophic mistake” and said she was “ruining Germany”.

He also demanded countries like Germany step up defence spending, a sensitive issue for a nation that has had a strong pacifist tradition since World War II and advocates for fiscal prudence.

In a similar vein, Merkel has sought to remind the real estate mogul of democratic values.

Any “close cooperation”, she said, must be on the basis of the “values of democracy, freedom, respect for the rule of law and human dignity, regardless of origin, skin color, religion, gender, sexual orientation or political belief”.

‘Leader of the free world’

Comments like that have prompted some of Trump’s fiercest critics to declare Merkel the new “leader of the free world”, a moniker normally taken up by the occupant of the White House. 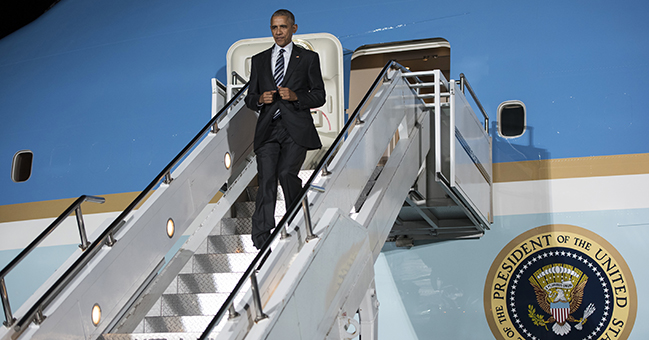 Between meetings the pair will hold a joint press conference that is sure to dredge up past barbed disagreements.

“Germany looks toward Washington with a mixture of vulnerability and confidence,” said Jeffrey Rathke of the Center for Strategic and International Studies.

“Germany is the de facto leader of the European Union, but the Union is undergoing internal and external trials that make its future uncertain,” he added.

“And Germany has placed all of its security eggs in multilateral baskets.”

Since coming to office Trump has tempered his comments slightly, but is still likely to press for higher defence spending.

And European officials still fret that Trump has too closely embraced the nationalist ideology of key advisor Steve Bannon.

Bannon who has championed trade protectionism and opposed the European Union and other multilateral institutions that underpin the world order.

Merkel is sure to raise the issue of a proposed US border tariff that would hit German manufacturers hard. To underscore the point she will bring a host of German business leaders along for the trip.

Before departing for the United States, Merkel noted she will be going to Washington as an envoy of Germany, but also Europe.

“I will of course point out that for us, our country and our membership in the European Union are two sides of the same coin,” Merkel said ahead of the visit.

But in a conciliatory tone, a White House official said that Trump will seek out Merkel’s views on Russia.

That is a nod to her years on the international stage and experience growing up in communist East Germany, where she learned Russian.

“The president will be very interested in hearing the Chancellor’s views on her experience in interacting with Putin,” said the official, on condition of anonymity.

“Of course she has been doing this for more than a decade,” the official said. “He’s going to be very interested in hearing her insights on what it’s like to deal with the Russians.”

Merkel will visit Moscow for talks on 2 May, Russian President Vladimir Putin said yesterday, for the first bilateral visit since Russia annexed Ukraine’s Crimea Peninsula in 2014.

The agenda of Merkel’s visit has yet to be made public, but talks are likely to focus on Ukraine, EU sanctions, trade ties and German concerns that Russia may try to meddle in a parliamentary election in September.

Germany is also president of the G20 group of leading nations this year and Merkel will need to meet with key members ahead of an upcoming summit.

“Give my best wishes to the federal chancellor,” Putin told Horst Seehofer, Bavaria’s prime minister, who was in Moscow for talks on Thursday. “We are waiting for her to visit on 2 May.” Seehofer confirmed Merkel was planning to visit that day.

Putin and Merkel have met on numerous occasions since the Ukraine crisis, including visits to each other’s capitals. But those meetings were on the sidelines of multilateral gatherings. In terms of diplomatic protocol, a bilateral visit carries more cachet.

Merkel to host Putin for Berlin summit on Ukraine

Russian President Vladimir Putin heads to Berlin tomorrow (19 October) for a summit on Ukraine amid escalating tensions between Moscow and the West over Russia’s role in Ukraine as well as Syria.

The last bilateral visit was in June 2013, when Merkel came to Russia’s second city of St Petersburg at Putin’s invitation, according to the Kremlin website and Merkel’s official site.

Merkel and Putin initially had warm relations but things soured after the German chancellor led the EU condemnation of Russia’s actions in Ukraine.