After years of negotiation, the Eurogroup is getting closer to finalising some of the most important chapters of the agenda to reform the Economic and Monetary Union, but, following recent political upheavals in Germany and Italy, the discussion on Wednesday “will be very political” one diplomatic source said.

A year ago EU finance ministers reached an agreement to reform the European Stability Mechanism (ESM),  including the creation of a backstop for the Single Resolution Fund, the bloc’s bailout reserve, to assist banks in financial troubles, estimated at around €55 billion.

In June, the Eurogroup finalised the ESM reform, with only a few minor pieces of secondary law pending. Ministers are attempting to easily close the deal in today’s meeting, just in time for the European Council to rubber stamp the plans.

However, opposition in Italy has initiated a crusade against the reform that could put to bed years of technical and political work. The debate is so heated in Rome that MPs got into a fight last week in the Parliament over the issue.

The controversial piece aims to simplify the rules of sovereign debt restructuring. Itay’s Lega believes this may weaken Italy’s position in the bond markets.

The ESM actually states that “involvement would take place on a voluntary, informal, non-binding, temporary and confidential basis.”

One outstanding question is whether this particular regulation would be part of the ESM treaty itself or be attached as an annexe. While this could help ease the debate in Italy, it does not seem to be problematic for other member states.

The ESM reform also strengthens the role of the institution in financial assistance programme bailouts.  This has been a source of criticism in Italy also by the ruling 5 Stars Movement.

“He is being opportunistic,” an EU diplomatic source said regarding Lega leader Matteo Salvini’s position on the matter. “The treaty does not threaten Italy in any way, the same source added, “he is using this to weaken the ruling coalition.”

According to diplomatic sources, Italy has not threatened to veto the agreement during the preparatory meetings, and Rome would maybe want to make some noise during the Euro summit instead.

EU sources have admitted being aware of discussions in Italy but stress the need to finalise the package ahead of the European Council.

If agreed, once confirmed, the reform of the ESM treaty would be subject to the ratification proceeding, including the approval of national parliaments of all 19 members of the Eurozone. However, troubles in Italy could further delay the process. 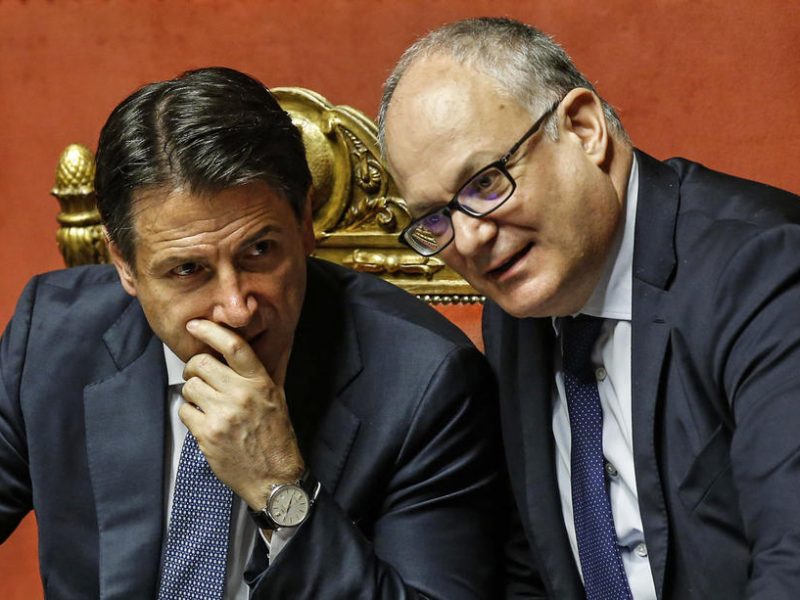 Germany also finds itself in the eye of the storm. The election of Norbert Walter-Borjans and Saskia Esken at the top of the SPD, as critics of the ‘great coalition’, could make a deal stagger. Olaf Scholz, who was a candidate for the leadership, has been the main person responsible for Germany finally moving forward to consider further risk-sharing to move towards the completion of the Banking Union.

The Eurogroup is expected to give its green light to move from the technical discussions into the political negotiation over the size and the structure of the EDIS.

“I am still optimistic,” an EU source said, although admitting it was “very hard to tell” to what extent the latest political developments in Germany might affect the discussion. “I cannot predict what this means,” the same source added.

EU finance ministers are expected to approve the Budgetary Instrument for Competitive and Convergence (BICC), a watered-down version of what was originally intended to be a Eurozone blueprint.

However, if any of the other files face troubles, this could affect the whole package, delaying an agreement on a very much needed reform of the Economic and Monetary Union even further, and while clouds pile up on the horizon with the global economy slowing down.