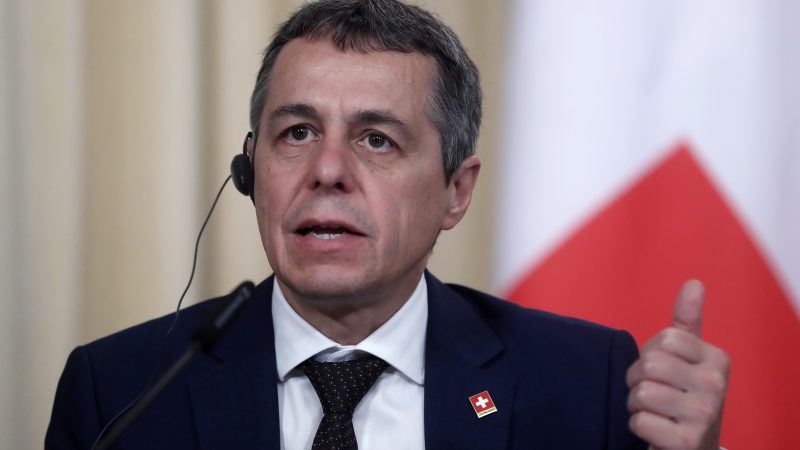 It would take a “miracle” for Switzerland and the European Union to clinch a quick deal over a stalled partnership treaty that has disrupted cross-border share trading and strained bilateral ties, Swiss Foreign Minister Ignazio Cassis said on Sunday (4 August).

Cassis’s comments in an interview in the SonntagsBlick newspaper underscored pessimism over prospects for ending a political logjam over the pact, which Brussels has sought for a decade but the Swiss have failed to endorse after more than four years of negotiations.

European Commission President Jean-Claude Juncker has urged Bern to wrap up the accord before his term is due to end on 31 October. German Defence Minister Ursula von der Leyen is set to replace him as Commission head.

“An agreement with the current Commission would be a miracle,” Cassis said in the newspaper interview published on Sunday.

“I don’t know where Ms von der Leyen stands on the treaty. The EU’s position will probably stay the same, but the tone could change. And with a bit of serenity it will be easier to agree.”

Brussels blocked EU-based investors from trading on Swiss exchanges from July 1 as the row escalated over the treaty, under which non-EU member Switzerland would routinely adopt EU single market rules.

Swiss share trading volumes soared last month to their highest in years as the ban forced market participants on to the domestic exchange.

In Bern, resistance to the treaty – Switzerland’s top foreign policy issue by far – encompasses the normally pro-Europe centre left to the anti-EU far right, which both see the danger of the pact being an infringement of Swiss sovereignty.