The idea of obliging workers on public sites to speak in French, known as the ‘Molière clause’, has been taken up by a growing number of local authorities in France. But it has stirred concern in Brussels, where lawmakers are working on a stricter set of rules governing the posting of workers.

“I have raised the fact, including within my own political party, that this clause runs against the fundamental values of the EU,” said Republican MEP Élisabeth Morin-Chartier (EPP group). “This clause allows the discrimination of workers, under the guise of giving them more security.”

As rapporteur on the dossier, the MEP fears the proliferation of the Molière clause at local level and the extent to which it polarises debate between EU member states, will further undermine the already delicate reform of the Posted Workers Directive.

In a letter addressed to the candidates in the presidential election, Morin-Chartier highlighted the threat posed by these clauses. But so far, she has not received a reply from her party’s candidate François Fillon. 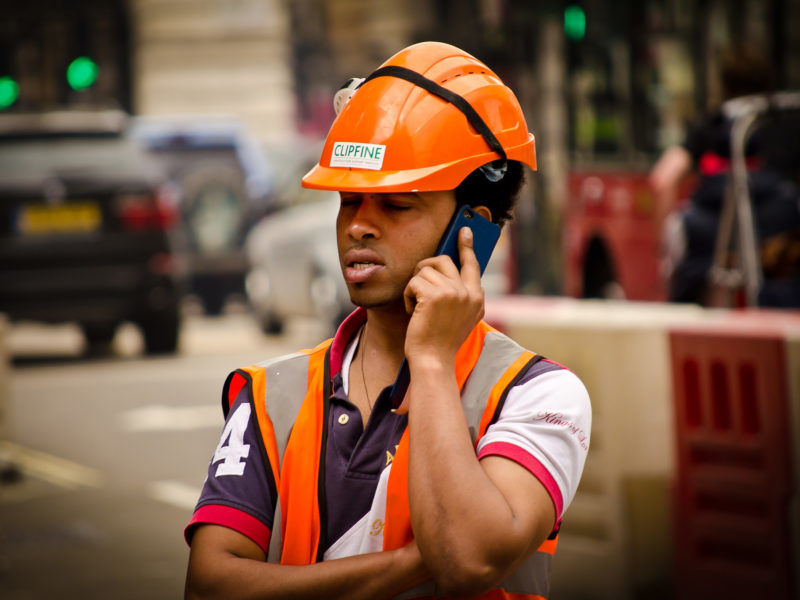 The Paris region has passed a new rule obliging labourers on public building sites to use French, copying action taken elsewhere in France to squeeze out foreign workers.

“Next they will create a Shakespeare clause, a Goethe clause, or maybe even an Orbán clause,” she said.

While many French cities are trying to protect local workers against unfair foreign competition by imposing the use of French as the working language, retaliation by other countries could have dramatic consequences for France’s own workers posted abroad.

“The supporters of the Molière clause sometimes forget the 180,000 French workers detached in other EU member states,” said Morin-Chartier. “What will they do the day Hungary imposes the use of Hungarian?”

The legality of the Molière clause is still unsettled, and several challenges have already been filed against it. The prefecture of the Rhône-Alpes region has asked an administrative tribunal to rule on the clause.

At national level, the French economy ministry responded the day after the Parisian Île-de-France region – the richest in France – adopted the Molière clause, with Minister for Economy Michel Sapin contacting France’s legal affairs directorate for an opinion.

Valérie Pecresse, the head of the Île-de-France regional council, had the imagination to name her bill in English the Small Business Act. An irony that did not escape her many critics.

One of whom, the head of France’s influential Medef business lobby Pierre Gattazn, said, “It begins like this, then the favouritism will start, then the closure of the French borders and we will end up leaving the euro.” He warned strongly against the “local or nationalist” thinking behind the clause.

Beyond the French borders, EU business leaders are equally concerned. “While the learning of foreign languages by European citizens is one of the values encouraged by the EU, these same citizens also reject the discrimination of workers based on the languages they speak,” BusinessEurope Director-General Markus Beyrer told EURACTIV.

“We are counting on the European Commission and the national governments to guarantee the application of free movement in Europe.”

Marine Le Pen had her two cents’ worth on RFI radio, describing the Mollière clause as “shameful patriotism”.

“Rather than stating the facts clearly and asking for the abolition of the Posted Workers Directive, we are beating around the bush,” the National Front leader said.

The centrist Democratic Movement party also opposed the measure, but for very different reasons. The Molière clause targets “foreign workers who came to France legally, including refugees, for whom work is an essential pathway towards integration and learning the French language,” the party said.

Sapin himself described the measure as “politically dubious and legally useless”.

“This outbreak of the Molière clause is particularly unwelcome because it risks complicating our negotiations on the Posted Workers Directive, when France has taken the lead on this subject at EU level,” Morin-Chartier warned.

Many EU countries are ferociously opposed to any revision of the European legislation on the posting of workers. 11 national parliaments have even resorted to the ‘yellow card’ procedure to sink the proposals.

France, along with Germany, Belgium and several other countries, has pushed strongly for the directive, which they see as “obsolete”, to be revised.

While the proposal is now on the table, opposition from Poland, Romania and Hungary is particularly strong.

“If there is a concrete practice or proposal that we think it is not in line with EU rules or is discriminatory, we will try to clarify it through bilateral channels and might involve the Commission if it is needed,” a diplomatic source from one of the opposing countries said.

The European Parliament will now examine the amendments submitted to the draft revision of the directive, ahead of a first vote in July. This will be followed by a plenary vote in autumn, after the French and German elections.

“But it is possible we will be forced to place safeguards against nationalist withdrawals into the European text,” the rapporteur said.

The European Parliament is attempting to bridge the divide between East and West on the question of posted workers. In France, non-francophones are already excluded from some construction sites by the “Molière clause”. EURACTIV France reports.