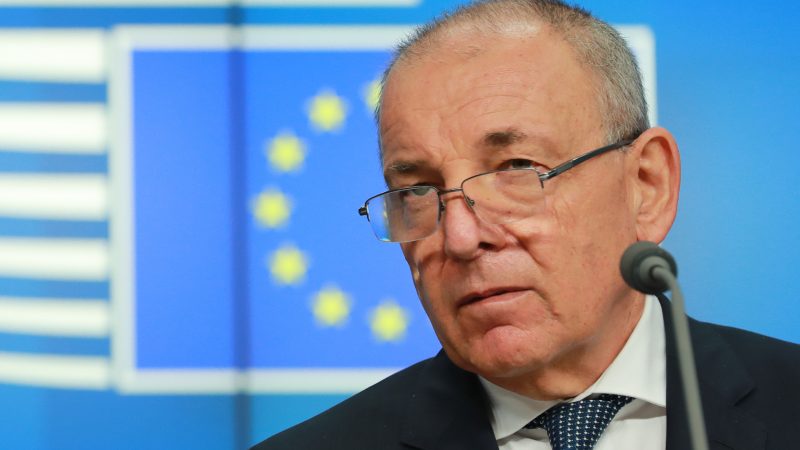 The Ecofin Council’s approval was based on the European Commission’s positive assessment of the reform and investment proposals put forward by these four countries to unlock their part of the €672.5 billion Recovery and Resilience Facility, the main pillar of the EU’s recovery fund.

Countries will access their funds once they fulfil a series of targets and milestones that gradually implement the agreed investment and reform plans.

As a starter, they will receive 13% of their recovery money as prefinancing, once their plans are adopted and the paperwork has been completed.

Following the videoconference held by finance ministers on Monday, the executive vice-president of the Commission, Valdis Dombrovskis, said they will pay out the pre-financing “as soon as technical arrangements for these payments are agreed with each member state.”

“This should be a matter of weeks, or, in some cases, days,” he added.

The EU executive raised in the markets €45 billion to cover the prefinancing transfers, a bit short of the €51 billion needed to cover at least the first 12 approved plans.

Still, Dombrovskis was confident that the Commission will be able to cover the prefinancing needs “in full” when the first disbursements are required once the member states sign all the documents.

Andrej Šircelj, finance minister of Slovenia,  which currently holds the EU’s rotating presidency said that “we have to make the best possible use of these funds to recover from the crisis and pave the way to a resilient, greener and more digital Europe”.

The Commission and the Council representing the 27 EU countries are in the process of approving most of the pending recovery plans just after the summer break.

The Netherlands and Bulgaria are the only countries that still need to submit their proposals due to delays in forming new governments in each of them.

The plans sent by Hungary and Poland, however, remain stuck in the pipeline, as both are clashing with the EU executive over rule of law concerns.

Warsaw accepted an extension of the Commission’s assessment until the end of August to improve its original proposal.

The Commission also offered an extension to Budapest until the end of September to strengthen its anti-corruption and auditing mechanisms in order to access the €7 billion in grants, but the government led by Viktor Orban rejected the suggestion.

“This money is ours,” Orban told a local radio over the weekend. “There is not much debate about this, they can delay it, but they cannot not give it.”

Tensions with both countries escalated in recent weeks following Hungary’s new law discriminating against the LGBTQ community and Poland’s erosion of its justice system and challenges to the primacy of EU law.