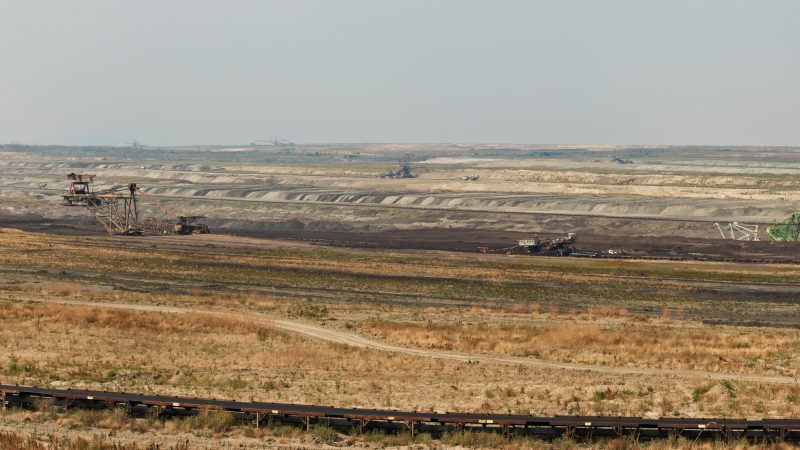 As Europe looks to increase its climate ambition and tackle climate change, the risk of leaving certain communities behind is growing. Already, there is a huge disparity across Europe when it comes to the readiness and ability to shift to a sustainable economy.

Many richer Western countries already have a significant amount of renewable energy capacity, while those in central and eastern Europe are still heavily reliant on coal, both for power and jobs.

The European Union’s €17.5 billion Just Transition Fund aims to tackle that divide and create a socially fair shift towards a greener economy. As EU Green Deal chief, Frans Timmermans, put it: “The transition will happen in a fair way or it will not happen, because people will then not accept it.”

But the money will not simply be handed down from Brussels. In fact, there are many hoops that regions wanting to access the money need to jump through.

Funding for fossil fuels was axed from the Fund in December 2020 and regions need to produce territorial just transition plans to show a clear path to net zero emissions. These must be approved by the European Commission.

However, despite the Commission forking out for consultancies to help draft the plans, age-old problems that encircle regional development look set to impact the just transition fund too.

That means low absorption rates for the money, plans remaining at the status quo, and a lack of public transparency.

One of the main obstacles to the implementation of the funds remains the regions themselves, where workers fear losing their salaries.

“The perception here in Stara Zagora is that nobody knows what will happen actually,” said Rumyana Grozeva, the executive director of Bulgaria’s biggest coal-reliant region’s development agency, home to roughly 85% of the country’s reservoirs.

“Of course, people are not happy about this because it’s their job, their life, their families,” she said.

According to Grozeva, the discussions about how to transition away from coal only began in earnest in 2018 and, while there has been “very sensitive progress”, there is no solution in sight that would satisfy both the companies and workers involved.

She said that finding a solution is further complicated by the fact that Stara Zagora is one of the most economically advanced regions in Bulgaria, with salaries second only to the country’s capital, Sofia. This means that the available EU support may not be enough to entice the region to ditch coal fast enough.

The difficult conversations around moving away from coal are further slowed down by domestic politics. Grozeva said that no one wanted to talk about shutting down the mines in the run-up to the general elections in April.

The pandemic also changed the narrative around coal and the “topic exploded”, said Georgi Stefanov from WWF Bulgaria.

The fundamental issue, the green campaigner said, is that Stara Zagora should get the largest allocation of EU support, but the region “doesn’t want it.”

To solve the problem, the Bulgarian government started to look at shifting just transition funds to other heavy-industry regions.

EURACTIV understands that the Bulgarian authorities have requested the support of the World Bank to prepare transition plans for eight additional industrial regions with high emissions, but the  European Commission is sceptical about the move.

Another barrier to drawing up clear plans to transition away from coal — and thus receiving EU support — is missing economic and environmental analysis.

“One of the biggest problems in Bulgaria is that we don’t have validated data, whether for environment or energy,” Stefanov said.

“All the institutions, all the sectors use their own data, and this is very speculative,” he added, bringing the example of trade union inflating the number of workers relying on fossil fuels by including jobs that are only tangentially related.

Moreover, the implementation of the just transition money, initially under the remit of the energy ministry was later moved to regional development, against the former’s will.

“It was a bit of a small battle for the Ministry of Energy, not to allow this power to be removed from their responsibilities to other ministries, but then it was decided,” Stefanov said.

Poland has a story of its own. Because the country is yet to sign up to climate neutrality by 2050, it is likely that it will only receive half of what it is entitled to. In other words, it is missing out on €2 billion.

The situation across the country varies wildly. Some regions have been part of the Coal Regions in Transition scheme, set up by the European Union in 2017, to develop collaboration and share best practices.

However, others have not. One particular region in the southwest of Poland, where the disputed Turów coal mine lies, is likely to miss out on funds altogether.

Better known for the ongoing dispute between the Czech Republic and Poland on the mine’s impact on the Czech water supply, the mine and adjoining power plant could also cost the region its just transition money.

That is because the government intends to keep it open and running on climate-polluting coal until 2044, long past the 2030 phase-out date for coal in OECD countries set out in the Paris Agreement.

“The Commission did not qualify the Bogatynia subregion (Poland) for JTF support, as this area is not in the process towards a climate-neutral economy due to the possible prolongation of lignite extraction beyond 2030 and the opening of a new lignite-fired power unit in the Turów power plant,” read a document from the European Parliament.

Despite this, PGE has told EURACTIV that they are drafting plans for the region for the just transition fund.

“We hope that no region and local community will be left behind and the Commission will confirm the possibility to address via Just Transition Fund the negative effects of the ongoing transformation also for the Turow surrounding area,” said Małgorzata Babska, spokeswoman of PGE Group.

The Commission’s warning raises questions about whether that same rule will be applied to all regions, a particular problem for Poland, which has struck a deal with unions to phase out hard coal mining by 2049.

“The Commission expects to see in the Territorial Just Transition Plans clear evidence of a transition process and its impact at the level of the concerned territory in the near future by 2030 or before,” a European Commission spokesperson told EURACTIV.

“Irrespective of the timing of phasing out of coal, opening new mines in a TJTP region is not in the line with the objectives of the Just Transition Fund,” they added.