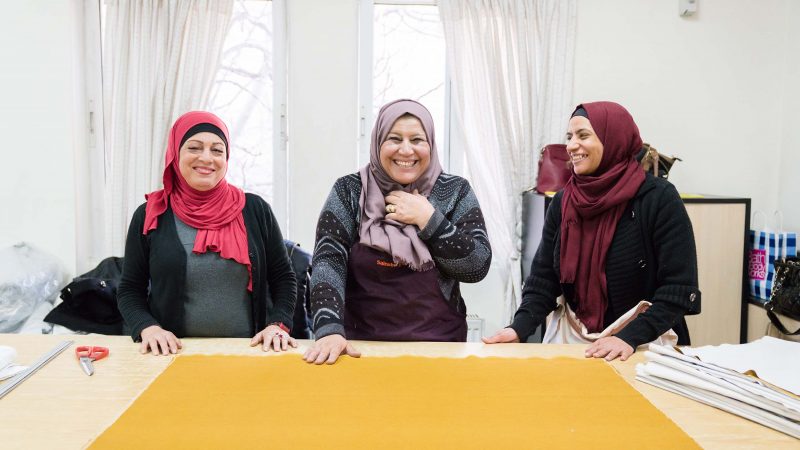 Refugee women face low levels of employment in Europe, with just 45% of refugee women employed versus 62% of refugee men. The new refugee mentorship programme aims to solve this problem over the next three years. [Photo courtesy of Tent Partnership for Refugees]

Refugee women face lower levels of employment in Europe than their male counterparts or native-born females, according to a new report from Economist Impact. In response, 25 businesses have pledged to mentor over 1,200 refugee women and help them enter the workforce.

The new programme was launched on 9 November, by the Tent Partnership for Refugees and Catalyst. Female refugees across Europe will be placed with a mentor in their country of residence, who will work with them on CV writing, interviewing, networking and other professional skills over the next three years.

“Most companies don’t have refugees on their radar when they look [for] talent,” said Andreas Wolter, Tent’s associate director for global partnerships. “So the mentoring programme is designed to help refugee women find easy access to the labour market.”

On average, just 45% of female refugees are employed within the first few years after their arrival to Europe, versus 62% of refugee men.

Wolter said many female refugees carry “an additional burden on top of the ‘backpack’ that any refugee carries — they have another backpack on top of that,” making it harder to break into the labour market.

“So many refugee women have the experience of their energy, capacity and knowledge being underestimated,” said Ylva Johansson, European Commissioner for Home Affairs, during the programme’s launch event.

Johansson explained that, because of stereotypes and discrimination, female refugees are often overlooked or not expected to have the same skills as men.

“I think that is the biggest mistake, to underestimate [them],” she said. 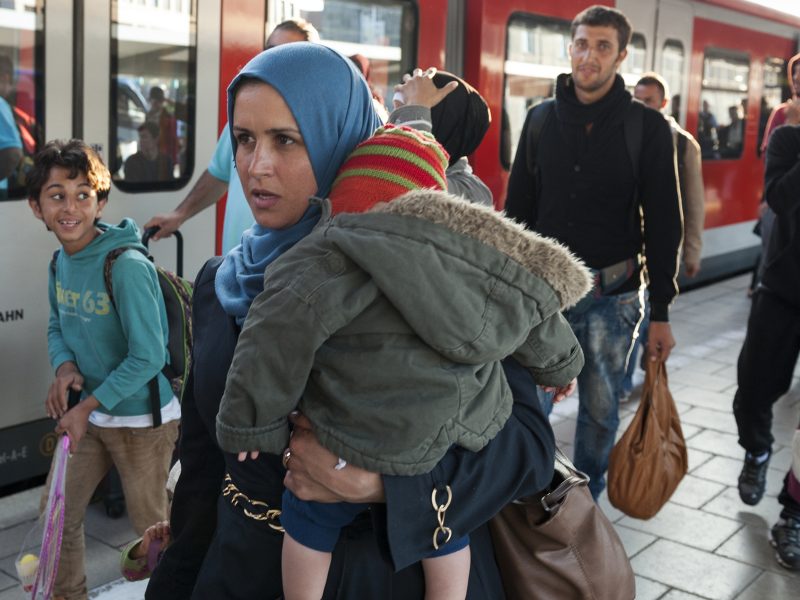 Most Syrian adult refugees in Germany depend on social welfare

Almost two-thirds (65%) of Syrian refugees in Germany of working-age were at least partially dependent on the social welfare scheme Hartz IV in March compared to 43% of Afghan refugees, according to the German labour agency’s June 2021 report.

Each company commits to mentoring 50 refugee women over the course of three years. Wolter said refugees will be matched with mentors based on skills, professional interests, target industry and gender. The programme includes male and female mentors, so refugees have the option to choose who they feel comfortable with.

Pairs will work together over the course of four to twelve months with roughly six sessions, helping refugee women develop professional skills and expand their network.

They will be matched by country of residence, as cultural norms and job experiences differ greatly across Europe.

The end goal is to help refugee women find jobs, Wolter said. And just like when young Europeans enter the workforce, an internship is often the best way to start.

Because jobs differ greatly across the world, Wolter said refugees sometimes don’t know what to expect when starting in a European position. Internships can help them get a feel for the job and determine if it’s a good fit.

Companies can also provide refugee women with language and technical training during the internship.

“It’s just about creating opportunities for refugee women to prove themselves,” Wolter explained. “Very often, their qualification levels are underestimated and they’re not well-represented on the labour market.”

Why should companies invest in refugees?

Besides the obvious benefit of more employees, Wolter said companies that invest in refugees can improve their brand reputation on a broad scale.

“The millennial generation that is on the labour market, they look for corporate engagement that is transparent,” Wolter said. “They want companies that walk the talk.”

The same goes for consumers, who want to see companies engaging with refugees. Positive engagement can lead to an increase in sales and more brand loyalty.

And once refugees find a welcoming work environment, they’re likely to stay with the company longer than other employees. Studies show an 11% employee turnover rate across all workers at US manufacturing companies, versus a rate of just 4% among refugees in the field.

“This is the right thing and the smart thing to do,” said Hamdi Ulukaya, Founder of Chobani and Tent. “With Europe facing labour shortages across many sectors, it makes good business sense for companies to prepare new, hard-working, and resilient talent to enter the workforce.” 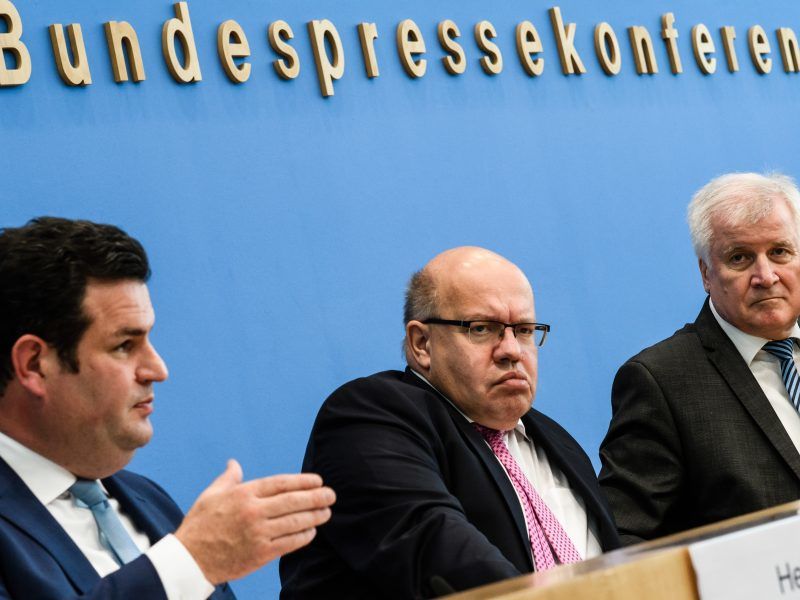