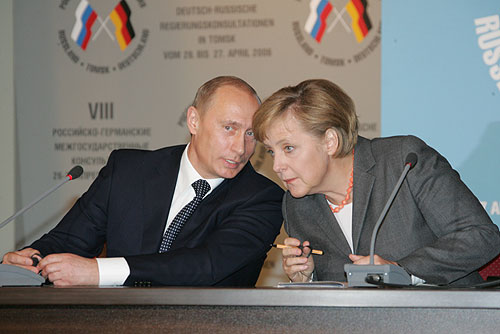 The joint initiative between German and Russian businesses should promote economic cooperation between the two countries. In addition to increased interaction between the two sides, the German-Russian Chamber of Commerce (AHK) said that politics and the economy could both benefit from the joint venture and that the platform should be a forerunner in improving bilateral relations.

>>Read: Juncker: We can’t let EU relations with Russia be dictated by US

Berlin-Moscow relations have deteriorated since Russia’s annexation of the Crimea, leading to a collapse of trade between the two countries. Particularly hard-hit has been the dairy sector, with the price of milk collapsing due to over-production.

The new business platform is only one of the means by which the two countries are seeking to improve relations in the wake of the Ukraine crisis. In Potsdam, the so-called Petersberg Dialogue resumes today (22 October) after a lengthy pause.

>>Read: German-Russian Petersberg Dialogue to be resurrected under new guise

For many social groups, one of the main themes of the two-day forum is using modernisation as an instrument to create a common “European house”. “We want to continue to talk to each other, even during the most difficult phase of German-Russian relations in 25 years,” said Ronald Pofalla, a German politician and member of the Deutsche Bahn supervisory board.

The new platform will be made up of the Association of Russian Industrialists (RSPP), the Russian business association ‘Delovaya Rossiya’, the Committee on Eastern European Economic Relations (OA) and the AHK.

The Petersberg Dialogue was intended to be held last October, but due to the Ukraine crisis, the German delegation cancelled at short-notice. The Ukraine situation is not a part of the agenda this time around.