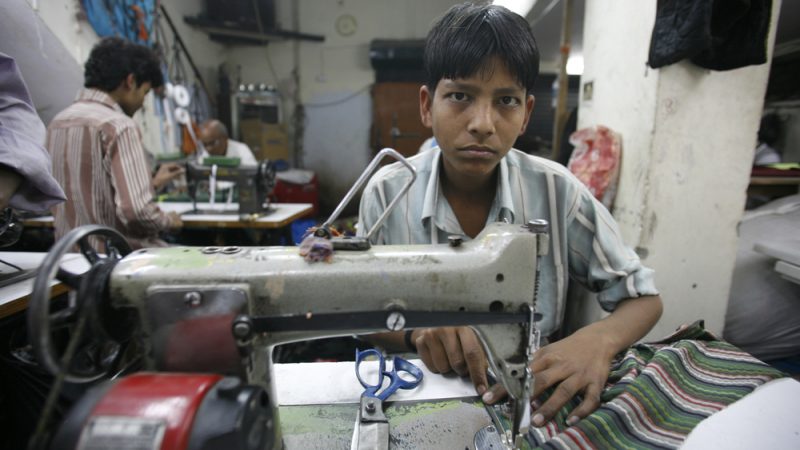 The Commission has delayed a proposal on new rules to hold companies accountable for human rights abuses throughout their supply chain. [Shutterstock/paul prescott]

The letter came after the Commission again delayed discussions on new rules subjecting EU-based and operating companies and their international value chains to stricter controls on respecting human rights issues such as child labour and environmental rights.

The Commission was set to adopt the Sustainable Corporate Governance initiative in December, but discussions were put back to 2022.

“It is unacceptable that such a crucial new law that can help millions of people to demand justice against human rights violations and can help safeguard our environment and the climate is delayed for the third time,” the letter reads.

The EU legislation was supposed to be published in the first half of 2021 but was pushed to the last quarter of the year before being delayed once again.

In the letter, NGOs denounced “the complete lack of transparency on the reasons for this new delay.”

A Commission official told EURACTIV that preparations for this proposal are still underway but did not explain the delay.

“What I would like is for it to be transparent and clear why it’s being rejected- and that’s exactly the problem, we don’t have clarity on what has happened for this to be rejected,” said MEP Lara Wolters, rapporteur for the corporate due diligence legislative initiative that was adopted by the Parliament last March.

According to civil society representatives and MEPs, the proposal was postponed because it did not pass the assessment by the Commission’s internal regulatory scrutiny board, a seven-member independent body charged with quality control and impact assessment of legislation.

Wolters said she “won’t hesitate to launch a freedom of information request” if the board refuses to provide further information on the rejection.

“There’s a lack of transparency. There’s also a lack of respect, I think, to all the stakeholders who were so closely involved,” Claudia Saller, director of the European Coalition for Corporate Justice (ECCJ), told EURACTIV.

Half a million citizens called for a strong EU law to ensure companies prevent environmental harm and human rights violations in a public consultation earlier this year.

“It shows the big interest that there is in civil society towards this issue,” Saller added.

Meanwhile, the delays at the EU level pushed the Netherlands to announce the proposal of a national due diligence law. Other EU countries also have legislative frameworks for corporate accountability like France and Germany.

However, the supply chain law adopted in Germany last June has weaknesses, according to Johannes Blankenbach, Researcher at the Business and Human rights Resource Centre.

“It only focuses on the first tier of the supply chain. It doesn’t cover the full supply chain consistently […] What we hope from the EU processes is that they will fill some of the gaps in the German law,” he said.

While national legislation can pressure the Commission to adopt binding rules, activists said these initiatives risk creating a “patchwork legislation.”

According to Saller, the EU law would guarantee legal certainty and a level playing field for companies and victims across the bloc.

In her view, by adopting the proposal, the Commission would show that “the EU positions itself as a leader in human rights.”

Wolters said the EU needs “to be serious about this proposal” if it wants to be a “front runner on things like human rights.”

“We need to practice what we preach. We always say that we are a union of values and that our strength is in our values,” she added.

The delay on the human rights due diligence directive seems to show a broader pattern within the EU executive, which has been slow on engaging political muscle to deliver results on rights legislation.

Last year the Commission said it would push EU countries to make headway on the equal treatment directive, stalled in the Council since 2008 when the draft failed to reach unanimous approval.

Despite these promises, EURACTIV understands that the Commission has only provided legal and technical support for Council Presidencies without putting political weight into the issue.