“We need to work on a common debt instrument issued by a European institution to raise funds on the market on the same basis and to the benefits of all member states, thus ensuring stable long-term financing for the policies required to counter the damages caused by this pandemic,” reads the letter, circulated on Twitter.

The letter is signed by the leaders of nine countries – Belgium, France, Italy, Luxembourg, Spain, Portugal, Greece, Slovenia and Ireland – all members of the euro area.

The signatories said the case for such a common instrument is strong “since we are all facing a symmetric external shock, for which no country bears responsibility, but whose negative consequences are endured by all.”

“And we are collectively accountable for an effective and united European response. This common debt instrument should have sufficient size and long maturity to be fully efficient and avoid roll-over risks now as in the future,” the letter adds.

Letter from @emmanuelmacron @antoniocostapm et al to @eucopresident on the need for Common Debt Issuance. Note the absence to references to the ESM instruments… pic.twitter.com/69kLToQrxG

Funds collected will be targeted to finance in all member states the necessary investments in the healthcare system and temporary policies to protect our economies and social model, the communication explains.

“In the same spirit of efficiency and solidarity, we could explore other tools like specific funding for Corona-related spending in the EU budget, at least for the years 2020 and 2021, beyond the announcements already made by the Commission,” the letter reads.

“By giving a clear message that we are facing this unique shock all together, we would strengthen the EU and the Economic and Monetary Union and, most importantly, we would provide the strongest message to our citizens about European determined cooperation and resolve to provide an effective and united response,” the leaders emphasised.

Both Eurogroup chief Mario Centeno and the Commissioner for Economy, the Italian Paolo Gentiloni, agreed that the possibility of issuing joint debt, or ‘coronabonds’ is still on the table.

However, Northern countries, notably Germany and the Netherlands, have been staunch opponents of the eurobonds. 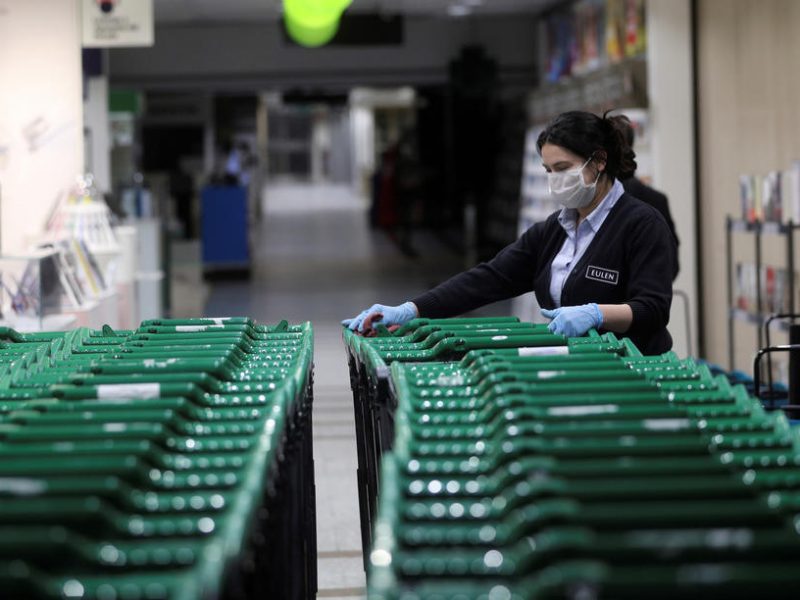