“Introducing new EU-wide streams of revenue is the only way to lower the need for direct transfers from national treasuries and therefore ease the pressure on citizens. The money must be found elsewhere: in the pockets of big tech, big polluters, and tax dodgers,” EU lawmakers warned.

The Commission proposal for a recovery plan includes a €1.1 trillion MFF (Multiannual Financial Framework) and a €750 billion instrument to tackle the economic fallout of the COVID-19 outbreak, to be funded by borrowing money from the markets using the budget as a guarantee.

MEPs want to have an agreement on own resources to make sure future EU long-term budgets do not see cuts to pay for the Commission’s borrowing,.

“We must act as responsible politicians: the EU’s priorities will not disappear after our terms,” they said, adding it would also send a positive sign to the markets.

EU lawmakers demanded the first tools be up running by 2021. “We will not be satisfied by a promise of “future proposals”,” the parliamentarians warned and demanded that the Commission and Council agree at least on a timeline.

An EU official said it was hard to imagine a discussion on own resources during Friday’s Council since for that discussion to take place, the Commission will have to table concrete proposals.

Ursula von der Leyen’s executive has proposed a digital tax, the trade emission system, and levy on plastics or multinationals operating in the single market as new ‘own resources’.

An EU official added that the question of sovereignty in taxation is very controversial for some member states. Unanimity is required for an agreement on EU-wide tax policy. 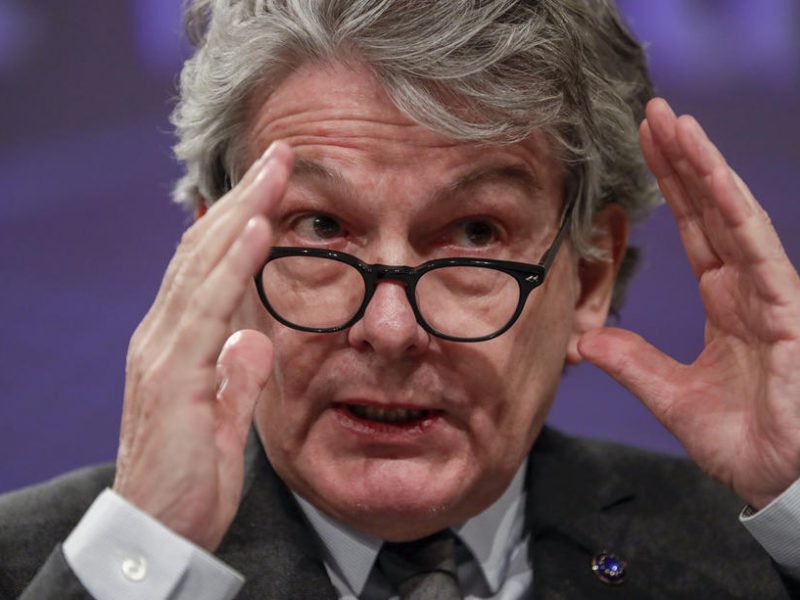 Will the EU have a new ‘single market tax' for multinationals?

A matter of trust

“EU institutions, together with the member states, have to collectively ensure that Europe will get out of this crisis stronger, and this is the expectation of our citizens; letting their hopes down is not an option,” the letter read.

In their letter, MEPs touched one of the most controversial issues on the table, the proportions of the cash that will be in grants and loans. For EU lawmakers, at least €500 billion of the recovery instrument should be distributed in grants – which clashes with the view of a number of member states – particularly the so-called ‘Frugal Four’, who say that the instrument should be largely based on loans.

MEPs described the crisis as “a wake-up call” and argued the money should finance the green transition, the digital transformation and foster sustainable growth. “Solidarity goes hand in hand with responsibility,” they said.

The Parliament has been insisting from the beginning on having a say on the format and management of the recovery plan, “with the aim of increasing its transparency and democratic accountability”.

The EU’s recovery plan needs to be agreed by unanimity at the level of the European Council but the Parliament would still need to give its consent.

While a majority of groups backed the letter, ECR and Democracy and Identity did not join the call. An ECR spokesperson told EURACTIV the group refrained for signing up “because we saw a risk that some of the claims contained within the letter could lead to overstepping of the EU treaties.”

Both the Parliament and the Council seem to agree on the need to reach an agreement before summer. EU officials have welcomed the positive tone from member states in the past few weeks, aware of the extraordinary circumstances, and hope to have a deal by mid-July.