Chancellor Angela Merkel, during the presentation of the German EU Presidency in the European Parliament in July. [EPA-EFE | Yves Herman/Pool]

The Council, which brings together the member states, and the Parliament are negotiating against the clock to finalise the details of the multiannual financial framework [MFF], the EU’s long-term budget for 2021-2027, and Next Generation EU, the €750 billion recovery fund to overcome the crisis inflicted by the COVID-19.

European Commission President Ursula von der Leyen, European Parliament chief David Sassoli, and German Chancellor Angela Merkel, who leads the Council this semester, will meet on Monday (21 September) to try to give a fresh push to the talks.

The main bone of contention is the additional spending that the Parliament is seeking for the MFF in 15 flagship programmes, mentioned in a resolution approved in July.

Some of the programmes are Horizon Europe, InvestEU, Erasmus+, the Child Guarantee, the Just Transition Fund, Digital Europe and Connecting Europe Facility the European Defense Fund or Neighbourhood.

But the Council believes that the room for manoeuvre is “very limited”, a Council official said. The Council considers that the recovery fund combined with the MFF, around €1.8 trillion, represents an extraordinarily high volume of resources to relaunch the European economy.

Accepting the Parliament’s demands would represent around €110 billion in additional spending, according to Council estimates.

From the Parliament side, sources explained that they are not talking about figures yet, but instead about priorities and content.

The Parliament’s negotiating team blamed the German presidency of the Council for not bringing “any viable or more detailed proposal” to the table on Friday to narrow the differences on the MFF.

Given the big gap on the EU’s long-term budget, the Parliament wanted to push for a quick agreement at least on the recovery fund, as coronavirus-hit member states badly need a fresh stimulus.

But the Council insisted on agreeing on the MFF and the recovery fund as a package, as EU leaders had done in July. Otherwise, MEPs will gain manoeuvring space to negotiate higher top-ups for the MFF or even cut some of the ‘rebates’ for net contributors.

“German Ambassador Clauß pointed out during the negotiations that whoever tries to delay the MFF, delays the recovery fund,” said a person close to the talks.

Both sides however made some progress in the discussions to create new taxes to repay the €750 billion that the EU will borrow from the markets.

“Substantial progress has been achieved on the legally binding commitment to introduce new own resources,” said the MEPs.

A Council representative said there was “good spirit” on this issue, and experts will try to work out a compromise acceptable for both sides.

The format could be an institutional agreement that would commit the three institutions, together with the European Commission, while respecting the budgetary sovereignty of national parliaments.

Another outstanding controversial issue is the ‘Rule of Law’ conditionality to access the EU funds. The Parliament still insists on toughening up the wording agreed by the EU leaders in July. But Hungary warned that its national parliament would block the new budgetary ceiling needed to borrow the €750 billion if that happens.

Sources close to the talks explained that both sides did not enter into details on the ‘rule of law’ given that the Council has yet to take a position.

Meanwhile, technical talks continued on other topics, including how to give a bigger say to the Parliament in the governance of Next Generation EU, and how to ensure that one-third of the recovery fund is spent on ‘Green’ goals.

Despite the outstanding differences, both sides appear willing to reach an agreement as quickly as possible.

“It is still possible, and very much in the interest of EU citizens, to make every effort to come to an agreement as soon as possible, but the conditions are not there yet,” said the Parliament’s negotiating team. 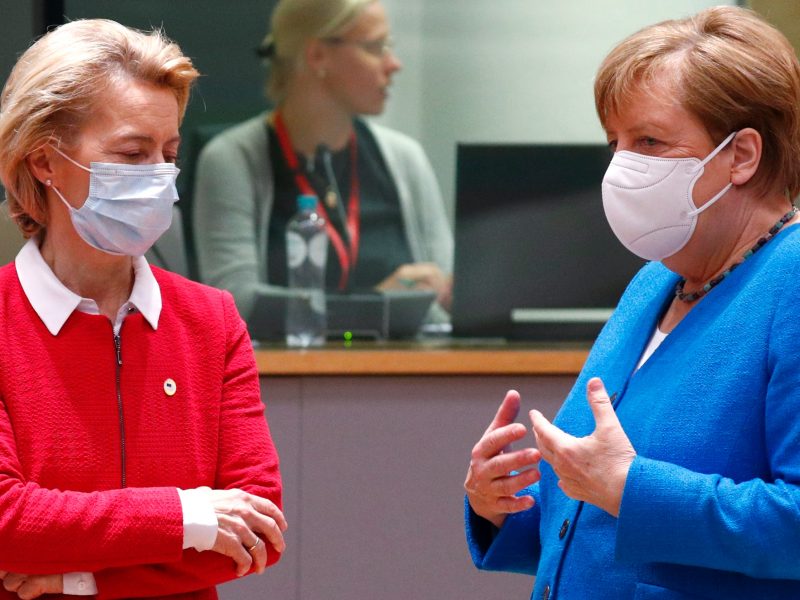