Obstacles on the way to green capital markets 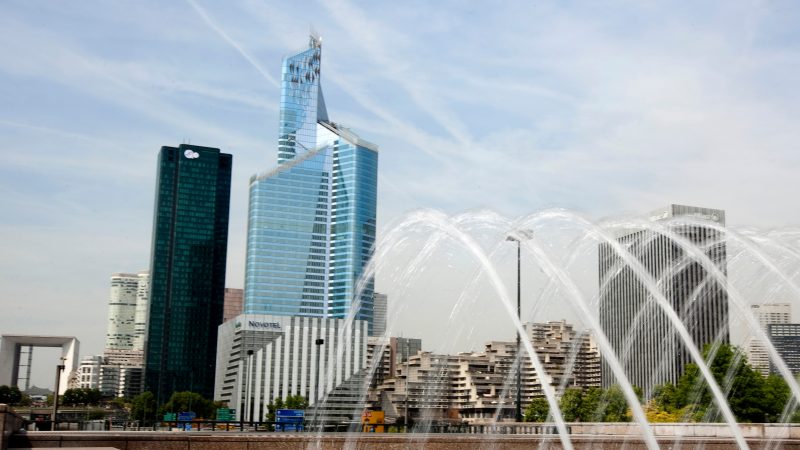 The skyline of La Defense, the finance district in Western Paris. [Ian Langsdon/EPA-EFE]

Recent studies suggest that much remains to be done if private capital markets are to play a role in financing the green transition in the EU.

The European Commission has estimated that the EU needs around €520 billion of yearly additional investment to achieve its 2030 emissions target.

While a part of these funds will need to come from public finance, the EU Commission also counts on private actors to finance the transition.

“We will create the right regulatory incentives for green investments to thrive,” the EU Commission’s executive vice-president Valdis Dombrovskis said when the Commission unveiled a plan to finance the green transition in early 2020.

In the meantime, the Commission proposed a taxonomy to define what kind of economic activities should be considered green, a regulation on corporate sustainability disclosure, and a green bond standard.

However, the structure of European financial markets might stand in the way of this. European businesses largely rely on bank loans for their financing needs instead of equity. Researchers from the European Central Bank (ECB) found that CO2 emissions per capita are lower in economies that are relatively more equity-funded.

“Measures to deepen EU capital markets play an important role to stimulate private finance. They are essential for facilitating both early stage innovation and the scale-up of promising firms,” the study states.

In particular, they argue for stronger markets for risk capital, where the difference between the EU and the US is particularly striking. While, in 2020, cumulative investments of business angels, venture capital and private equity amounted to €242 billion in the US, they only reached €20 billion in the EU.

The policy study argues that the problem has become more pronounced due to Brexit, as capital markets in the UK are more developed than in the EU-27.

According to the study, the reasons for the underdevelopment of EU risk capital markets are the fragmentation of the market and the home bias of investors. Moreover, the costs for households to participate in these markets are much higher than in the US, which might be a sign of weaker competition in Europe.

In May 2021, ECB president Christine Lagarde called for a “green capital markets union for Europe” in a speech. The analysis by Lannoo and Thomadakis suggests that this goal is still at quite some distance.

In a possible step towards this goal, however, the EU Commission is expected to present a proposal for a debt-equity bias reduction allowance (DEBRA). DEBRA aims to encourage companies to finance their investment through equity rather than debt by making sure that equity financing gets less costly for companies.