Pierre Moscovici, the EU Commissioner in charge of taxation, will present a new tax system next week targeting technology companies based on their revenue. The OECD has cautioned against the plan.

A new report from the Organisation for Economic Cooperation and Development highlights deep disagreements between its 35 member countries over how to tax technology companies.

The announcement could give ammo to critics of the EU plan who argue the bloc should wait to align its tax rules with other countries.

The OECD’s criticism comes five days before the Commission is set to announce its controversial proposal.

Brussels’ decision to introduce a new tax focusing on digital companies will satisfy demands from countries including Germany and France, but the Commission has already been hit with criticism from member states with lower corporate tax rates, like Ireland and Luxembourg.

Disagreements within the bloc have fuelled contentious debate over the tax proposal. And negotiations before the legislation is approved are likely to be difficult: any change to EU tax law must be approved unanimously by all member states.

The Commission announced last autumn that it would introduce a tax singling out digital companies as an “interim” measure to meet demands from several member states.

A draft of the EU proposal that circulated this week sets a tax rate of 3% of revenue that will hit large companies with global turnover of at least €750 million. That means that tech giants based outside the EU, like Google and Facebook, will be affected. 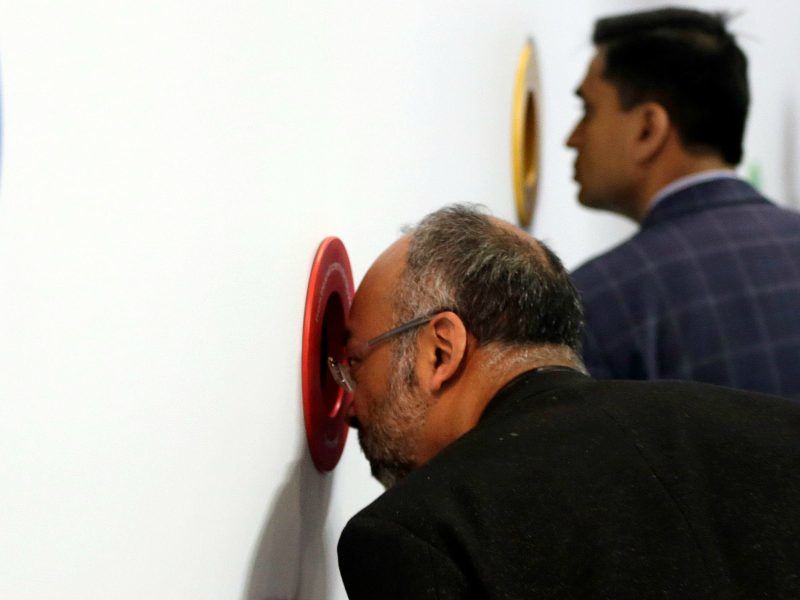 The plan jumps ahead of the OECD’s timeline to strike agreement by 2020 over the issue with its member countries, which include the United States and Japan.

But the EU executive has insisted that it will come up with new legislation while Commission officials continue to work with the OECD on a compromise deal with a broader group of countries.

The Commission argues that the bloc cannot wait several years until an international agreement is in place.

Pierre Moscovici, the EU’s economy and taxation chief, has said that digital companies pay an average corporate tax rate of 9% in the EU, compared to other firms that pay 23%.

He said at a conference in Brussels last month that “one social media company” paid a tax rate of only 5% in countries outside the United States, although more than half of its revenue came from its international business. Moscovici did not name the company, but filings to US authorities indicate that Facebook earned more than half of its revenue from business outside the US.

The OECD report warned that such a stopgap measure that breaks ranks with international partners is “likely to generate some economic distortions, double taxation, increased uncertainty and complexity, and associated compliance costs for businesses operating cross-border and, in some cases, may potentially conflict with some existing bilateral tax treaties”.

The plan for an EU digital tax based on companies’ profits, and not on sales, was first put forward by France last September. Germany, Italy and Spain quickly backed the proposal. More than a dozen more member states approved the idea at a summit of EU heads of state later that month.

Supporters of a digital tax point to deep divisions among OECD member countries that will make talks to reach an international agreement difficult and long.

“There is no consensus on either the merit or need for interim measures,” the report said.

One EU source said the Commission’s upcoming proposal is “alongside the same line” as the OECD’s report because it will stifle fragmentation and prevent EU member states from introducing national measures targeting technology firms.

The EU’s tax plan has also stoked tensions with the United States at a time when the bloc is racing to negotiate next week with the Trump administration over its new tariffs on steel.

In a statement on Friday, US Treasury Secretary Steven Mnuchin said, “The U.S. firmly opposes proposals by any country to single out digital companies.”

“I fully support international cooperation to address broader tax challenges arising from the modern economy and to put the international tax system on a more sustainable footing,” Mnuchin said.

Moscovici will get to hear feedback on the tax plan next Monday when he meets with finance ministers from G20 countries in Buenos Aires. He will arrive back in Brussels on Wednesday morning, and announce the proposal at a press conference later that day.

Parts of the OECD report could lend support to the Commission’s proposal to single out tech giants with high turnovers. The report points out that any tax targeting digital companies should exclude startups and smaller firms that might be crippled by high compliance costs.

But the organisation also offered a skeptical outlook on the plan for an “interim” tax system before there is OECD-level agreement.

“It would be difficult, if not impossible, to ring-fence the digital economy from the rest of the economy,” the report said.

It warned that a tax aimed at tech firms “risks slowing down investment in innovation for those businesses that are subject to the tax or indirectly affected by it”.

Lobby groups for large technology companies seized on the OECD’s criticism on Friday.

“We welcome today’s OECD report and agree that the so-called ‘digital economy’ should not be singled out.  We encourage the EU to seek international tax reform through the OECD rather than pursuing problematic, unilateral actions aimed at online platforms for political reasons,” said Christian Borggreen, vice president of CCIA Europe, an association whose members include Google, Facebook and Amazon.

Cecilia Bonefeld-Dahl, director general of DigitalEurope, another lobby group that represents Google and Microsoft, warned that “revenue-based taxation linked to the number of consumers would bring a burden also on startups and scale-ups”.

“Short-term changes are always costly and harm EU’s attractiveness,” she wrote in a letter to Moscovici.

Bonefeld-Dahl said that taxing companies based on the revenue they generate from users will benefit larger countries where more users are located.

The most recent draft of the Commission’s proposal suggested taxing companies based on their revenue from digital advertising, which is calculated based on the number of users accessing a service.