OLAF's Margarete Hofmann: “The fight against the illicit tobacco trade will remain a key priority for us.” [Shutterstock]

“Trends suggest that the illicit cut tobacco products account for a high share of the overall cut tobacco market in Central and Eastern European countries,” she added.

Illicit cut tobacco, also called “chop-chop” or “bulk tobacco”, is a type of tobacco that is cut or shredded, usually sold in pouches or bags and smoked in handcrafted cigarettes (Roll-your-own or Make-your-own). This product is typically priced by weight and packed in unbranded bags. It is sold as loose or cut/shredded tobacco leaf outside legitimate sale channels.

According to studies, the scale of the illicit cut tobacco problem in Europe is significant and assessed as causing €1 billion in lost revenue across 15 European markets.

EU policymakers fear that Free Trade Zones, such as the one located in Podgorica in Montenegro, are used in order to circumvent tax and products regulation.

Speaking at an event organised by OLAF and the European Economic and Social Committee (EESC) on 23 March, Socialist MEP Gilles Pargneaux, said “Free trade zones should be brought up at EU standards because they are exploited by organised crime groups in order to benefit from lax regulation.”

At the same conference, EU Budget Commissioner Günther Oettinger emphasised that the illicit tobacco trade causes “€10 billion per year of losses, which shows the magnitude of the problem.”

Stakeholders also pointed out the security risks posed by the illicit tobacco trade in Europe, saying that there are strong links to terrorist and criminal organisations.

Oettinger explained that there is still low awareness among consumers about the link between terrorist financing and cigarette smuggling.

“Conflicts in the Middle East and North Africa are making smuggling a very profitable source of income for terrorist groups because of the penetrable borders,” EESC member Mihai Ivascu warned. 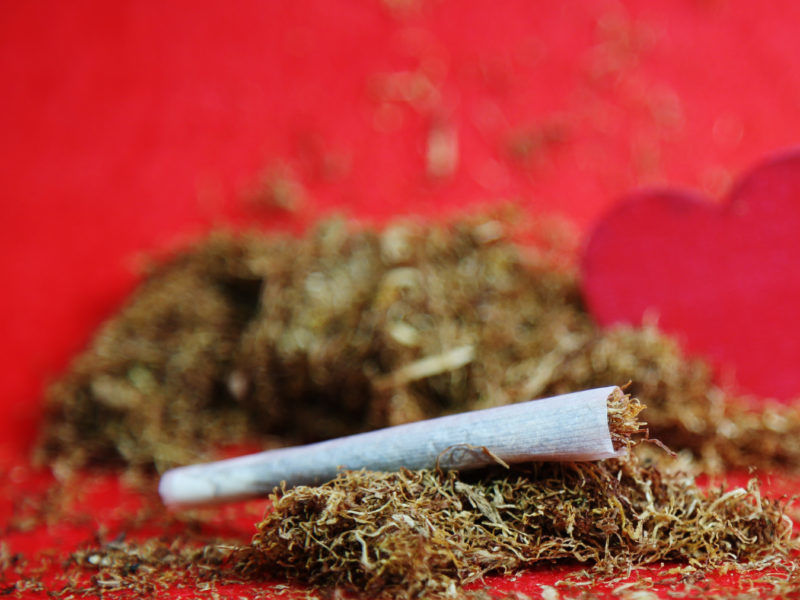 Illegal sale of fine cut tobacco is on the rise in Eastern and Southeastern Europe, depriving state budgets of millions of euros in unpaid taxes and causing concern in the EU’s anti-fraud office, OLAF, and the European Commission.

Hofmann welcomed the fact that overall legal tobacco consumption in the EU is steadily declining.

“If we compare the number of cigarettes released for consumption in 2016 and five years earlier, we see a drop of one fifth.”

Concerning the volume of illegal cigarettes seized, “our best guess – based also on our operational experience – is that it remains broadly stable, but this can vary across Europe.”

“All in all, the illicit tobacco trade is estimated to cost the EU and its Member States some €10 billion a year. This deprives our governments of valuable revenue.”

Traditionally, the illicit tobacco trade has been dominated by counterfeiting, but “illicit whites” steadily dominate the market. These cigarettes may be legally produced but are then smuggled and traded illegally.

“Cheap whites are an increasing problem in the EU. This influx of cheap whites coming from outside the EU tends to manifest itself in large seizures. In the last two years, a large majority of cigarettes seized with OLAF’s assistance were cheap whites,” she said.

Hofmann explained that although cheap whites –  dominate in large-scale seizures, the illicit market as a whole is not limited to that.

“An important share of the illicit tobacco market in the EU remains composed of contraband and counterfeit cigarettes.”

She noted that cheap whites originate from a variety of sources, but “we are most concerned about products from the UAE, Belarus and the Far East. They are seized in large quantities in the member states”.

OLAF emphasises that a particular problem area is the smuggling of cheap whites across the EU’s Eastern Border.

“In one particular action in 2017, OLAF collaborated with the Ukrainian authorities and as a result, more than 2.5 million cheap whites were seized at the EU external border.”

At the 23 March conference, stakeholders also pointed out that the oversupplying of genuine products from manufacturers was still an issue.

Nicolas Ilett, OLAF’s Acting Director-General, said that there were worrying indications that products intended for the North African market in Algeria are finding their way across the Mediterranean in greater bulk that can be justified.

Hofmann noted that OLAF is currently preparing a new action plan to fight illicit tobacco trade to be adopted by the Commission later this year.

“The fight against the illicit tobacco trade will remain a key priority for us.”