The European Anti-Fraud Office (OLAF) stands ready to assist member states, such as France, in the fight against illicit tobacco trade with third countries, but it’s up to the national authorities to make a request, OLAF told EURACTIV.com.

“OLAF will endeavour to facilitate any request for assistance from a member state and has regularly assisted member states on dealings with third countries. However, this is something principally for the French authorities to consider,” OLAF said in an emailed response.

OLAF added that it had a unique investigative mandate to fight tobacco smuggling into the EU.

EURACTIV contacted OLAF following the publication of KPMG’s annual study ‘Project Sun’, which revealed that there had been a rise of genuine products, illegally smuggled, into France, especially from Algeria.

‘Project Sun’, which was commissioned by the Royal United Services Institute for Defence and Security Services (RUSI), estimates the scale and development of the illicit cigarette market in the EU, Norway and Switzerland.

The report found that in terms of volume, counterfeit and contraband cigarettes in Europe had dropped from 48.3 billion to 44.7 billion in 2017, still depriving governments of as much as €10 billion in lost tax revenues.

France remained the largest illicit cigarettes market accounting for 7.61 billion, though it registered a large 15% drop in the number of counterfeit and contraband cigarettes. However, initial surveys results in 2018 have indicated a reversal of the 2017 trend of reduction.

The illicit flow from outside the EU and more specifically from Algeria is still very high, reaching 2.44 billion cigarettes in the illicit market. Marlboro was one of the most counterfeited brand in France in 2017.

EURACTIV recently visited Marseille, a city which is particularly affected as it is one of the main ports of entry into France from the Maghreb region, and found that cigarette smuggling is taking place everywhere: on the flea market under video surveillance cameras, in the port, and even in the vicinity of the city’s police stations. 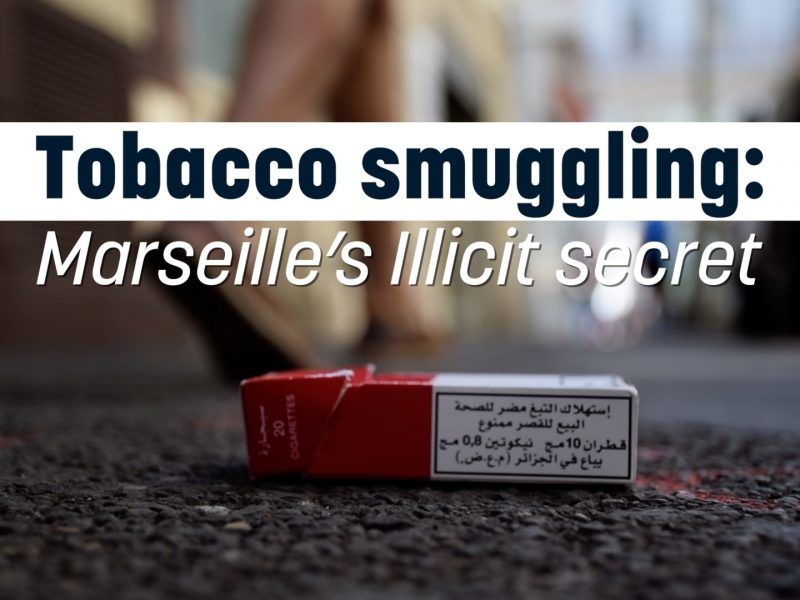 Sources in Marseille told EURACTIV that Europol had contacted the French authorities and asked whether they needed help to tackle the phenomenon. The authorities denied the offered assistance but EURACTIV was informed that the two sides are again in contact.

The ‘Project Sun’ report noted that law enforcement and tighter border control contributed to the decrease of the consumption of illegal cigarettes in Europe by 7.4% between 2016 and 2017, a trend that seems to have been continued in 2018.

Illicit whites with no country-specific labelling remained the largest source of counterfeit and contraband (C&C) cigarettes, despite a decline in volume.

Illicit whites are an emerging trend and have established their position on the EU black market. These cigarettes may be legally produced in a country, mainly in Belarus and Ukraine, but are then smuggled and traded illegally.

For OLAF, the difference in tax levels between Ukraine and Belarus on the one hand, and the EU, on the other hand, remains an element underpinning illicit trade into the EU.

Consumption of C&C cigarettes continues to be particularly high in eastern EU countries. These levels were sustained as smugglers and counterfeiters continued to take advantage of the large price difference on cigarettes between non-EU and EU countries.

Cigarette smuggling in countries, such as UK, Ireland, Germany, France and Romania, accounted for over 62% of all illegal consumption in Europe in 2017.

However, counterfeit and contraband cigarettes volumes declined in 7 of the top 10 countries (France, UK, Poland, Germany, Romania, Italy, and Greece) of those surveyed in Project Sun.