In the first anniversary of the EU-US declaration on trade, on Thursday (25 July) the Commission released a full report on the state of play of the relationship, following efforts by the working group established back then and, co-chaired by Commissioner for Trade Cecilia Malmström and US Trade Representative Robert Lighthizer.

Asked about whether this was a “plea” to avoid further tariffs, as deadlines on cars and the Airbus and Boeing dispute approach, the Commission rejected the allegation, saying this is simply to show Europe is delivering on the commitments of the agreement.

“We agreed today, first of all, to work together towards zero tariffs, zero non-tariff barriers, and zero subsidies on non-auto industrial goods,” the statement agreed last year read.

The member states approved the Commission mandate to start negotiations on reducing trade barriers on industrial goods back in April, in spite of several countries opposing, including France. However, talks have not started yet.

Commissioner Cecilia Malmström admitted to the European Parliament on Tuesday (23 July) that negotiations are at a stalemate, as the US would only sit at the table if agricultural products are included. “This is a red line for us,” she explained.

“We will also work to reduce barriers and increase trade in services, chemicals, pharmaceuticals, medical products, as well as soybeans,” said the text.

Member states also approved in April a mandate for the Commission to open talks with the US on conformity assessment, aimed at reducing red tape for companies in the EU and US, in products that require third-country assessment. Technical contacts have taken place in this area and the negotiations could start in autumn.

The EU executive also highlighted that there has been “very good progress” in regulatory cooperation on medical devices, cybersecurity and pharmaceuticals as well.

On 11 July, the US recognised the Food and Drug Administration of Slovakia which allowed the full implementation of the Mutual Recognition Agreement for inspections of manufacturing sites for human medicines.

Increasing exports of soybeans and LNG

“The EU wants to import more liquefied natural gas (LNG) from the US to diversify its energy supply,” the statement specified.

LNG imports have tripled since the EU-US joint statement, reaching a record of more than 1.4 billion cubic meters valued at around €0.3 billion in March, according to the Commission.

On soya beans, which was another commitment, the EU has almost doubled the imports from the US, which is now its main provider. 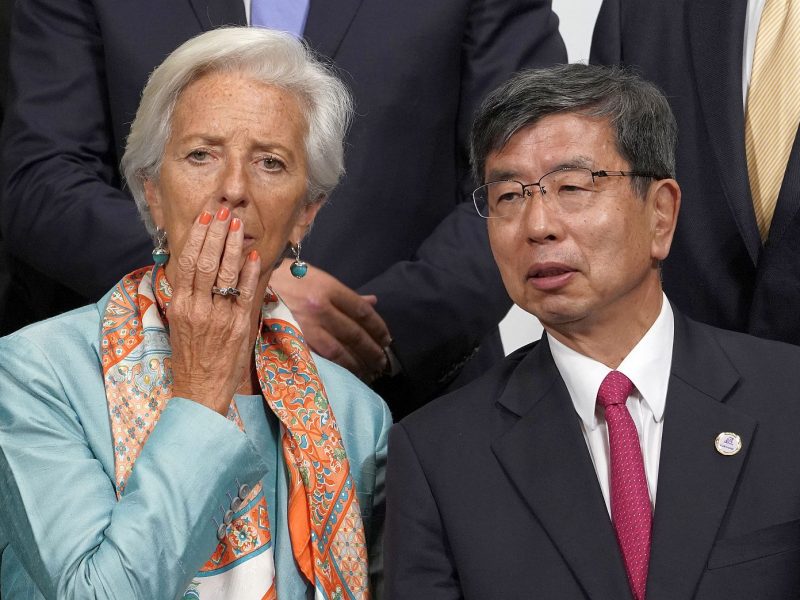 “We will work closely together with like-minded partners to reform the WTO and to address unfair trading practices,” Juncker and Trump said.

“The situation at the WTO is very worrying,” Malmström said. “The WTO is not perfect but it is the best system we have and without it, it would be total chaos”. The EU has been indeed very active in the reform of the organisations. In some cases, together with the US.

The EU, US and Japan made a joint proposal to enhance members’ compliance with transparency requirements in the WTO and contacts are still happening on a regular basis. However, Washington continues to block the appointment of the members of the appellate body, which makes the situation harder.

The EU and Canada announced on Wednesday (25 July) that they have reached an agreement on an interim appeal arbitration arrangement, applicable to disputes between both partners if the situation of the body is not solved.

Tariffs are still there

Juncker travelled to Washington after the Trump administration decided to apply restrictive measures on Europe’s export of steel and aluminium under allegations that they were a threat to national security.

The US was preparing to do the same with European cars.

“While we are working on this, we will not go against the spirit of this agreement, unless either party terminates the negotiations,” said the statement Juncker and Trump signed.

A year later, aluminium and steel tariffs are still in place and the threat of further restrictive measures on vehicles is more important than ever. The EU is ready to respond with retaliatory measures worth €35 billion, Malmström warned, but if the tariffs were to apply, the whole agreement would be endangered.

Moreover, the long-time pending dispute on alleged illegal subsidies for Airbus and Boeing could end up without a settlement, resulting in further restrictive measures on both sides of the Atlantic. The EU is pushing for an agreement to avoid an escalation here too.

One response to “One year after the US-EU joint statement, how are transatlantic trade relations doing?”