In the joint proposal, published after the two prime ministers met in Budapest, the two countries insisted they want to continue to limit any rule of law conditionality tied to the EU budget and that such a link should further be discussed.

The proposal is unlikely to go down well with the rest of the EU27, who are keen to unlock the badly needed EU funds but also safeguard basic EU values.

Hungary’s Prime Minister Viktor Orban, standing alongside his Polish counterpart Mateusz Morawiecki, said in a press statement in Budapest that the current proposal on the table was unacceptable to Budapest and Warsaw, who will form a tandem in the debate after a joint veto, which Orban called a legitimate tool in the dispute.

“We are uniting our interests and arguments in the discussion, Hungary does not accept any arguments that would be unacceptable to Poland,” Orban told reporters.

The declaration also includes a sentence that neither country – neither Poland nor Hungary – will accept the EU proposals without the consent of the other.

“The use of veto is the baseline scenario. We are faced with a mechanism that, through its arbitrariness, would lead to the fragmentation of the EU. This mechanism is the regulation on the so-called rule of law,” Morawiecki said.

“This is a bad solution and it may collapse the EU in the future – argued the Polish head of government,” he said.

“Conditionality formulated in this way is a bait for any country,” Morawiecki said. “We do not need a Union of two contradictory interpretations, we don’t need a two-speed Union, which is why we will defend the sovereignty of the treaties,” he added, saying that Poland and Hungary would act for the good of the entire bloc.

According to the document, both countries suggest a “two-track process”, which is meant to facilitate the speedy adoption of the EU 2021-2027 budget, but might also involve changes to EU treaties.

The EU should drop the rule-of-law conditionality for now to speed the flow of billions in aid to countries suffering record economic downturns amid the COVID-19 pandemic and to approve the 2021-2027 budget, both leaders said.

The EU could return later to how it wants to enforce democratic standards, though that would require amending its treaty, which requires a unanimous decision, they said.

“On the one hand, to limit the scope of any budgetary conditionality to the protection of the financial interests of the Union” according to what member states agreed in the July EU summit.

On the other, the statement said, the European Council should discuss “whether a link between the rule of law and the financial interests in the Union should be established”.

For the adoption of the budget and the reconstruction plan, unanimity is required.

“We gave ourselves and the German presidency time to try to find a compromise between the approach of various member states in the context of the EU budget by the end of this year,” Orban said.

The new proposal by Warsaw and Budapest is likely to put them straight on a collision course with frugal net contributors like the Netherlands, which advocated for the current law-of-rule provision as the bare minimum needed to protect the bloc’s funding and most basic values.

If no consensus is reached by the end of the year, the EU will act on a provisional budget.

This means that only funds resulting from previous commitments will be disbursed, such as subsidies for farmers or funds for the maintenance of the EU administration.

Funds for new investments will be frozen, including infrastructure and a separate fund for reconstruction after the COVID-19 pandemic. 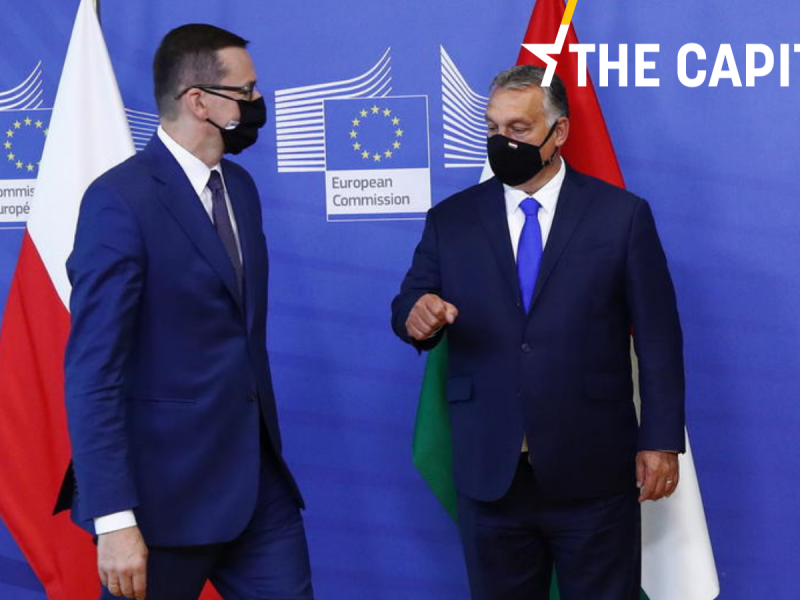 In today’s edition of the Capitals, find out more about Poland’s main figure in opposing the government’s judicial reforms has, Judge Igor Tuleya, has lost his immunity from prosecution, Spain’s measures to ‘save Christmas’, and so much more.