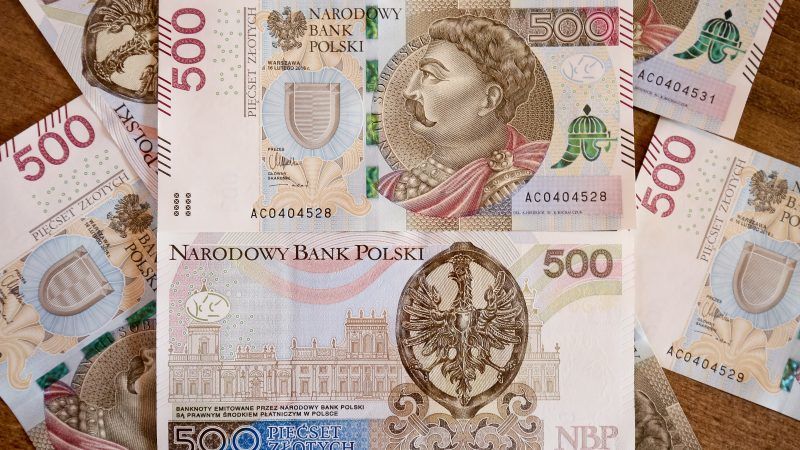 Favourable exchange rate and interest rates are a key factor for the decision whether Poland will join the eurozone in the future, says Polish deputy finance minister. [EPA/Pawel Supernak]

Joining the eurozone is not a solution for the present day, Poland’s deputy finance minister Leszek Skiba told the Polish parliament on Wednesday (18 April). But he admitted that a stable euro area is in Poland’s interest and joining it at the right time could prove to be beneficial. EURACTIV Poland reports.

“A stable eurozone is a value, even for purely pragmatic reasons,” Skiba said in a debate on “Poland in the eurozone” in the Polish Sejm. He explained that the starting point in any discussion about the country adopting the common currency is a “balance of benefits, opportunities and threats.”

Currently, this balance suggests that the adoption of the euro is not a solution for Poland for the present day, he said.

“Poland should enter the eurozone, but not yet,” he announced, explaining that the country exports a lot to the eurozone countries so a stable eurozone is an important condition for the development of Polish exports.

In Skiba’s assessment, the exchange rate and interest rate are the key issues in the process leading up to the decision to adopt the euro.

“Staying outside the eurozone is always optimal for a part of the countries,” he said, arguing that entering the euro area is much more feasible for those, that have a fixed rate than for those with a floating exchange rate. “This is the first argument, the question of the rate,” he emphasised.

The second important issue is the level of interest rates in this context: “In the opinion of economists, there are many arguments that too low, or too high, interest rates have a negative impact on the economy,” Skiba stressed. “There are substantive reasons for not having the interest rate in Poland at the level of the ECB interest rate,” he added.

The deputy finance minister also explained that if the ECB interest rate levels were beneficial for Poland, the Polish National Bank (NBP) would have adjusted its rates a long time ago. But Skiba predicted that at a certain point staying outside the eurozone will cease to be beneficial from the economic point of view and then “it will not make sense to stay outside.”

Moreover, Skiba emphasised that he does not agree with the notion that Poland would be excluded from the debate about the future of Europe because the country remains outside the euro area.

At the beginning of the month, France and Germany announced that the eurozone reform plan will be ready by June after bilateral consultations and a mini-ministerial summit going to take place earlier in May. It is, however, unclear whether it will be possible to obtain the consent of all euro member states.

Berlin and Paris also want to agree on plans for a banking union and to transform a special fund for countries with financial problems in the euro area into a European Monetary Fund with greater competences.

However, even between France and Germany, there are different views when it comes to the scope of the reforms: French President Emmanuel Macron wants to create a separate budget for the zone and separate institutions, while German Chancellor Angela Merkel does not agree with this, arguing it could bring about a division of Europe.