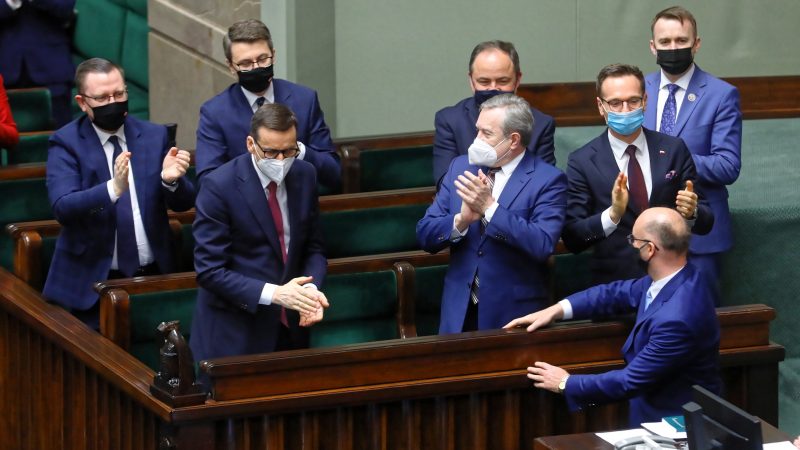 Polish Prime Minister Mateusz Morawiecki (2L) and members of Polish Government celebrate after voting on funding for the EU recovery fund during a special sitting the Sejm (lower house) at the Polish parliament building in Warsaw, Poland, 04 May 2021. [EPA-EFE/Rafal Guz]

Poland’s lower house of parliament on Tuesday (4 May) approved legislation essential to the European Union’s €750 billion COVID-19 recovery fund, bringing the 27-nation bloc a step closer to implementing the plan.

EU governments approved the recovery fund last year to help member states bounce back from the economic damage caused by the coronavirus pandemic. But all countries must ratify a decision to raise the upper limit for national contributions to the EU budget in order for the plan to go ahead.

“We say a loud ‘yes’ to the development of Poland thanks to European Union funds – this is an opportunity to recover from the crisis after the pandemic,” Prime Minister Mateusz Morawiecki told lawmakers before the vote.

The legislation was passed by a 290-33 margin with 133 abstentions. It now goes to the Senate, or upper house, which is expected to vote later this month.

So far 19 EU member states have completed the ratification process for the coronavirus recovery fund.

United Poland, a junior partner in the governing coalition, voted against the bill, meaning the government had to rely on opposition votes for it to pass.

Opposition parties were split on whether to give the divided ruling coalition the votes it needed to pass the legislation, with some insisting the issue should be used to bring about early elections.

However, on Tuesday the Left grouping voted in favour of the legislation after having agreed with the government last week on proposals for how the money should be spent.

Nearly all MPs from the largest opposition party, the liberal Civic Platform, abstained.

The government said on Friday it would send a draft of its National Recovery Plan describing how funds will be spent to Brussels, but there could be minor changes. 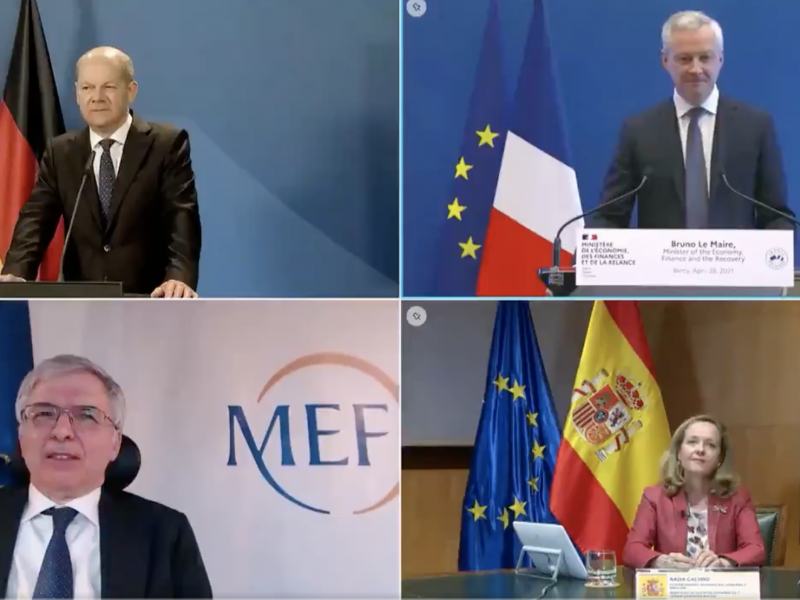