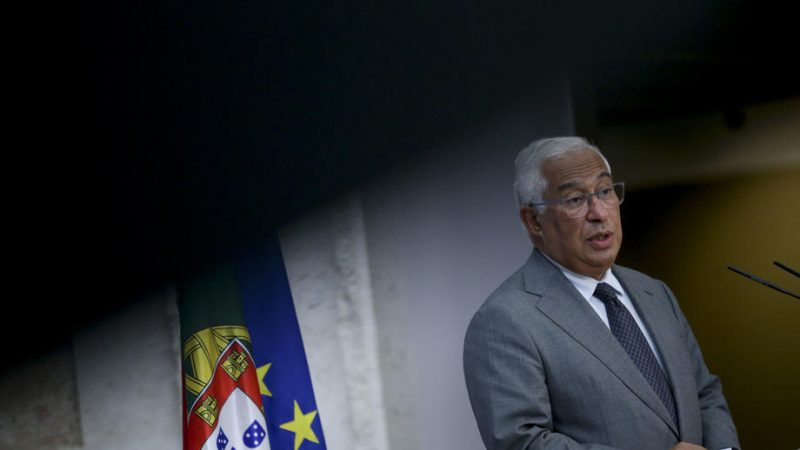 “I sincerely do not anticipate that we will have to adopt measures that imply a state of emergency,” Costa said. [EPA-EFE/TIAGO PETINGA]

Prime Minister António Costa on Monday (9 November) called for a review of economic governance rules in Europe that takes into account lessons learned from the different responses to the most recent crises, warning against “abrupt debt and deficit reductions”.

Speaking by videoconference at the annual conference on the EU budget, organised by the European Commission, Costa focused on reviewing economic governance in the EU and the rules on budgetary discipline. He argued for “smart” rules such as those applied to respond to the crisis caused by the pandemic, in contrast to the austerity policies put in place during the previous financial crisis.

“I think that 2020 and 2021 will go down in EU history for the way we were able to give a sufficiently robust, united and coordinated response to this crisis. This is what allows us, two years after the start of the covid crisis, to have economies growing, unemployment falling, and the scenario of recovery to a pre-crisis level by next year,” Costa said.

He praised the responses provided on various fronts and coordinated by different institutions, from the European Central Bank (ECB) to the Commission’s multiple initiatives. Costa also highlighted the SURE programme, which “proved the importance of an instrument that ensures everyone the normal functioning of automatic stabilisers”, supporting around 31 million people, “almost a quarter of the active population” in the EU.

“We need to have a permanent crisis response instrument. This crisis made consensus much easier. But we know, and history tells us, that not all crises are external and much less symmetrical. This means that we must also have mechanisms like SURE in place for these situations”, he argued.

He expressed agreement with the recent position of the director of the European Stability Mechanism, Klaus Regling, who defended an update of debt limits since the 60% ‘threshold’ was set “at another time”. Costa said that “even more important than setting the limits is managing the trajectory of the return, both of debt levels, and deficit levels, to pre-crisis situations”.

“If we remember in the previous [financial] crisis, the measures aimed at abrupt reductions in deficit and debt and the impact they had on economic growth, employment and social cohesion and the contribution they made to the strengthening of populism in many countries, we must conclude that we have common rules, that we must have trajectories to bring us back to those common rules that are economically, socially and politically sustainable,” he said.

Giving the example of Portugal, he argued it was possible to “change policies without this implying” a deviation from the objective of having healthy public finances – “on the contrary”. Recalling that the country reached in 2019 the first budget surplus since the 25th of April 1974, Costa argued that it is necessary to “adapt the rules to current times”, but without opening major debates, namely of Treaty changes.

“We should avoid opening major confrontational debates that divide the 27 (…) Therefore, let us not get involved in discussing the treaties, but rather try to adjust what is possible within the margins of the treaties, with a view to ensuring convergence towards targets that are realistic and therefore increase our credibility, and that are compatible with the different trajectory capacity that the different member states can achieve,” he said.

In conclusion, he said that it is also essential that member states have room to make the necessary investments for the digital and climate transition, considering that there are two ways to do so.

These include “preserving the common rules”: either by creating exceptions to certain expenses or by financing these expenses centrally from the EU budget with contracted programmes for each member state with targets and permanent monitoring.

Costa’s speech at this conference coincides with a meeting of the eurozone finance ministers (Eurogroup), which is set to discuss economic governance, as part of the debate recently launched by the European Commission.

“We already know that in 2022 the budgetary rules will be suspended and that they will come back into force in 2023. We need a revision of economic governance that is growth-friendly, that ensures that we have the capacity to make the investments, namely the investments of a green nature to fight climate change, which are fundamental for Europe and for the world, and at the same time that ensures a recovery of public debt that is growth-friendly,” he said.