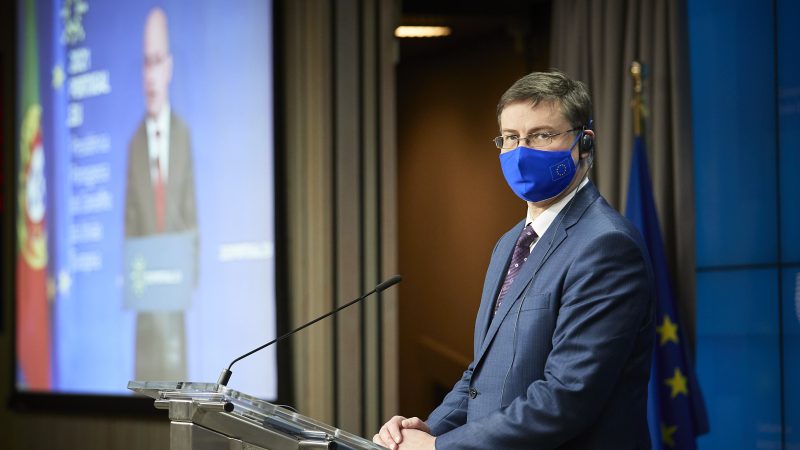 As the EU recovery fund slowly nears its implementation phase, member states’ absorption capacity and control mechanisms are considered among of the main challenges for its successful roll-out.

Only six member states are still to give their blessing to the EU’s €800 billion recovery fund. National governments could receive the first funds by the end of July, once the European Commission approves their national recovery plans.

The EU stimulus programme represents a “unique opportunity” for Europeans to build back better after the COVID-19 pandemic, European Commission executive vice-president Valdis Dombrovskis, said recently. But its implementation is a “challenging task”, he added. 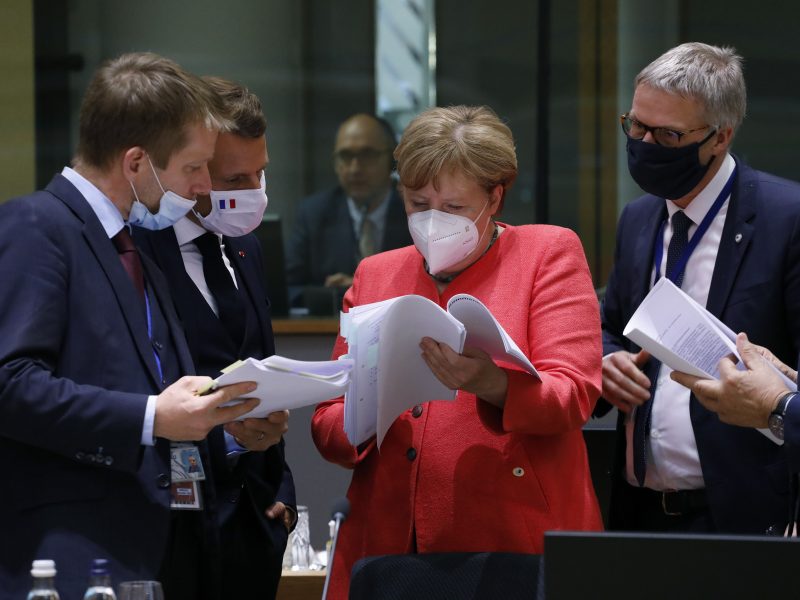 The first priority for the EU executive is to ensure the quality of the national recovery plans. To date, 18 national governments have submitted their investment and reform proposals. Most member states are expected to send their proposals by the end of May or early June, more than a month later than the initial end-of-April deadline.

Dombrovskis said that governments who already submitted their plans met the green and digital targets of the recovery facility and included a “good balance” of reforms and investments. The Commission now has two months to assess the national plans in detail, some of them more than 50.000 pages long. “We are under a lot of pressure to deliver swiftly”, admitted Economic Affairs Commissioner, Paolo Gentiloni.

But the results of the six-year strategy to modernise Europe’s economies using EU cash will depend on the capacity of member states to handle the unprecedented amount of new funds coming from Brussels.

EU officials and diplomats agreed that the absorption of the recovery fund will be “challenging” in Italy and Spain, the two largest beneficiaries of the instrument.

To ensure a timely and efficient absorption of the funds, the European Central Bank recommended bolstering administrative capacity in member states and reducing bottlenecks.

“The quality and capacity of public administration are likely to be decisive factors in the successful use of Next Generation EU funds and could be a promising area for reform,” the ECB said in a note published in March.

Another issue of concern is the governance of the mechanism. Member states will unlock the recovery funds twice per year, once the Commission and national officials validated the completion of agreed milestones.

Some have warned that the complexity of the process could hamper successful implementation of the fund.

Maria Demertzis, deputy director at Bruegel, said that there are still issues to be clarified, including how the governance and the conditionality will work in practice, the interaction between the Commission and the Council, and the role of the European Parliament.

Demertzis did not expect that approving funds would turn into a lengthy process such as the troika programmes. But “there will be discussions among member states, and there needs to be”, she added.

The European Court of Auditors issued a note of concern with the governance and recommended simplifying the procedures to the extent possible, to reduce the administrative burden and facilitate absorption.

The court also proposed last October reconsidering the frequency and timing of reporting and evaluation, and defining suitable indicators for the overall achievements of the fund.

The auditing and control mechanisms of the instrument, mostly left to national authorities, have been a major issue in the negotiations between the Commission and the capitals over the recovery plans.

As CEPS, a think-tank, explained in a study published in March, the cash-for-results “requires a strengthening of the ex post mechanisms for evaluation, control, and sanctions.”

The ECB also pointed out that “adequate national control and audit systems could also play a crucial role in ensuring an effective implementation of the recovery package”.

“Control systems could include precautionary measures to prevent corruption, fraud and conflicts of interest,” the Frankfurt-based institution added.

But according to the European Court of Auditors, the control mechanisms of the fund “need to be strengthened”, in particular against fraud and irregularities.

“We would like to stress the importance of effective measures against fraud and irregularities to counter the risks arising from significant additional resources to be spent in a short time,” the court explained.

For that reason, it proposed bolstering the European oversight by “clearly” defining the role of the European Parliament and the Court of Auditors in the instrument.

Having an adequate auditing and control framework is particularly important as the Commission has encouraged member states to crowd in private investment to multiply the impact of the fund.

Against this backdrop, experts said that providing legal certainty and guarantees to private investors would help to increase the impact of the European stimulus.

“An efficient process for checks, controls and an audit trail should be established” stressed Jorge Núñez, associate senior researcher at CEPS, “providing public and private operators with the necessary legal certainty while providing an efficient (one-stop shop) mechanism for the verification of investments and reforms”.