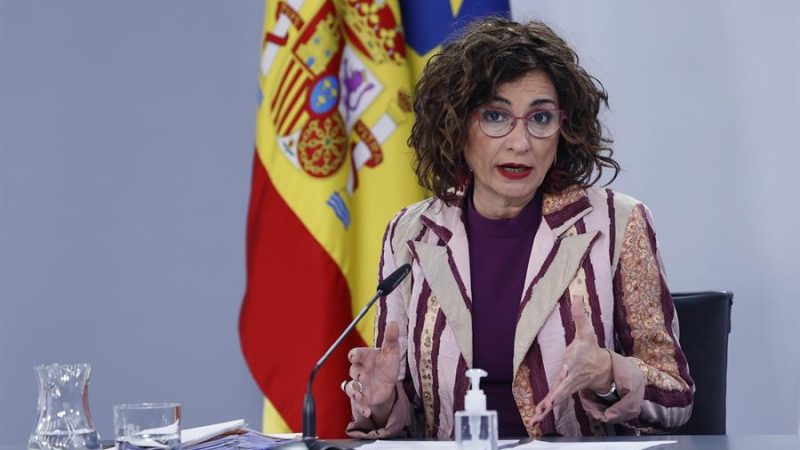 This first tranche, which will soon be distributed among the Spanish regions, shows that the programme “is becoming reality every day” said Spain’s Finance Minister María Jesús Montero. [EFE/ Juan Carlos Hidalgo]

The Spanish government has in the last weeks already advanced €2.1 billion of its coronavirus recovery programme, amounting to 7.9% of the €26 billion Spain is expected to receive in EU funds this year, Spanish financial media reported.

If Spain accelerates the roll-out of ambitious structural reforms, it could receive the first of two or three tranches of a total of €140 billion from the EU recovery fund by the end of the year, experts predict. Over the next three years, half the funds will be allocated in the form of grants, while the rest will be paid in loans.

The bulk of the €26 billion expected this year, and which the Spanish budget for 2021 allows to be advanced via debt, will be invested in environmental and social policies, financial daily Cinco Días reported.

This first tranche, which will soon be distributed among the Spanish regions, shows that the programme “is becoming reality every day” said Spain’s Finance Minister María Jesús Montero. 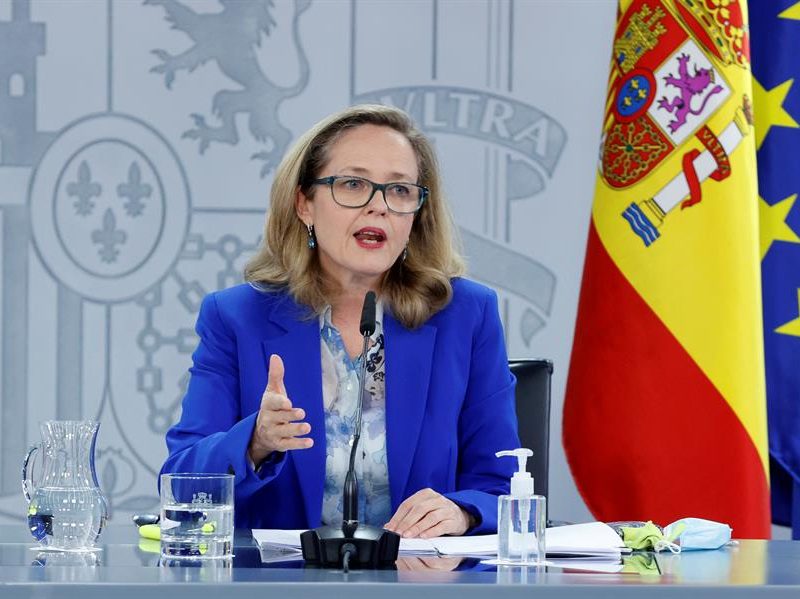 The Spanish government is seeking “flexibility” from Brussels on the sensitive topic of state aid to help battered companies hit by the COVID-19 crisis as the government will disclose next week details of its recovery plan (Plan de Recuperación), EURACTIV’s partner EFE reports.

The main project, which had more than a third of all resources already allocated, was approved by the government this week. It consists of a plan to promote an “economy of care”, which aims to improve care for the elderly and several health policies.

The plan, which has a budget of €730 million, has three pillars.

The country’s ecological transition ministry has already allocated €576 million to cover regional environmental plans and another €400 million were allocated to the Moves III programme aimed at promoting electric vehicles.

Spain’s socialist-leftist government of PSOE and Unidas Podemos has mobilised the funds after it had advanced them in the Spanish annual budget, although EU money will not arrive until the second half of this year.

A first tranche of €9 billion could be disbursed after the formal approval of the plan.

From the moment the Spanish recovery plan is received in Brussels – which is likely to happen next week – the European Commission will have two months to validate it, after which the EU Council will have another month.

Madrid is confident it will receive the Commission’s green light by July.

A further €16 billion tranche is expected before the end of the year. The rest, which amounts to €70 billion in subsidies, could be paid every six months depending on the fulfillment of the plan’s objectives. This includes tax and pension reform, as well as the digitalisation of the economy with the aim of making Spain more resilient to new crises.