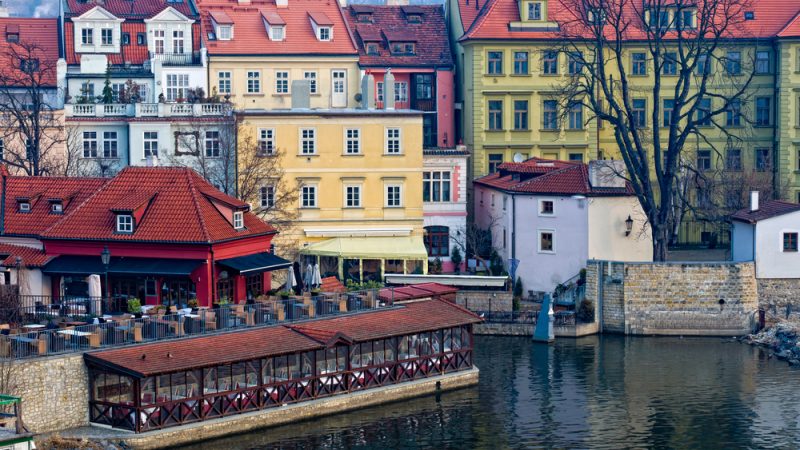 Experts warn that although measures are being phased out on a policy level, in practice, societies will be faced with multilevel challenges. [Shutterstock/Daniel Korzeniewski]

An increasing number of EU countries have started lifting COVID-related restrictions in a first sign of returning to normality. However, there are doubts as to how ready societies are for a full return to “old normal”, after two years of varying and often frustrating public measures.

Several stakeholders EURACTIV has spoken to named hospitality and tourism, accompanied by a transformation of city centres into innovative new concepts, as key in helping societies re-adjust after the pandemic.

“We are fighting the last war with COVID and should be pivoting back to normal life, but society isn’t quite ready for it yet,” an EU official told EURACTIV.com.

“But the psychological element is something that we will be closely monitoring in the years to come,” added the official.

Spain, Italy, and other EU countries have abolished masks outdoors while Belgium has recently decided to reopen nightlife.

However, experts warn that although measures are being phased out on a policy level, in practice, societies will be faced with multilevel challenges.

“Although scientists expect that mental health will recover in the long run in the vast majority of people, there are major challenges for societies to return to previous coexistence conditions,” psychiatrist and psychotherapist Dimitris Papadimitriadis told EURACTIV.

He said societies had gone through a period of great mental turmoil, for which they were unprepared and untrained, and the prevailing tendency turned out to be that of isolation and avoidance of human interaction.

According to the expert, significant mental fatigue and reactivity have been recorded, the trust of a part of the society towards institutions was damaged, with feelings of “great anger and frustration for the deprivation of acquired rights and freedoms”.

“Restoring the wound of trust both among people and toward institutions […] will be a long and difficult road,” Papadimitriadis added.

The role of hospitality

For the Greek expert, the tourism and hospitality sector could help re-establish understanding between different societies in the most meaningful way.

“Not only will it facilitate a return to the normal way of life, by serving the recovery from isolation and giving meaning to life itself with new experiences, but it will also serve the need to feel like partners on our planet again, with our borders open,” Papadimitriadis said.

Bars and restaurants across the bloc – the most common venues for socialising – have been dealt a severe blow during the pandemic.

“Unfortunately, many bars and breweries will never reopen, even after all the restrictions are lifted,” said the association’s communications director, Simon Spillane.

Recovery, he added, would be slow and reopening would need to be done properly so that people can socialise safely.

For Steffen Greubel, CEO of German multinational METRO AG, innovative concepts including hospitality and cities’ transformation could be considered in the reopening phase.

“People are longing to go to their favourite restaurants, meet friends in the bar and get together,” he told EURACTIV.

“For inner cities, this is a chance to become again a place for enjoyment and togetherness. We need new concepts that combine gastronomy, local shops and culture to make towns better places to live and work. Hospitality is a strong partner to turn city centres into unique experiences,” he added.

“The sector is crucial in contributing to our recovery from the pandemic and promoting European cohesion,” he told EURACTIV.

He said the EU’s Recovery and Resilience Facility has the potential to be a decisive tool in many countries to revitalise urban and rural communities over the next decade.

“It firstly needs cities and regions to play a key role in shaping and implementing investments. It is vital that their direct knowledge of their local communities is fostered in order to fund projects that respond to citizens’ needs and expectations,” he said.

He emphasised the close coordination with EU cohesion policy programmes in order to ensure the different investments – urban infrastructures, social cohesion and innovation, entrepreneurship, sustainability, cultural development – are integrated within “a consistent vision, shared by all local actors and not imposed top-down”.

“The Recovery and Resilience Facility was quickly launched during a time of emergency, without listening, in most cases, to the voice of our territories,” he said, adding that this approach is slowly changing.

“We need real political willingness – from Brussels to national governments – to work together with every region, city and village, on shared priorities,” he concluded.

Transforming cities together with citizens

On post-COVID cities, psychiatrist Papadimitriadis said our current priorities need to be reconsidered if we want to get away from today’s “highly individualistic societies” which do not help people address issues such as a pandemic and climate change.

“Our ‘next’ cities must be developed with a more collective vision, where they will facilitate not only the functioning of the individual but the cooperation of people. Investment is needed to create joint ventures and greater involvement of people in decision making,” he said.

“The need for more open access parks, for more green, is absolutely imperative, as is the need to subsidise the volunteering and initiatives that citizens have and that can be developed locally, such as in their neighbourhood,” he said.