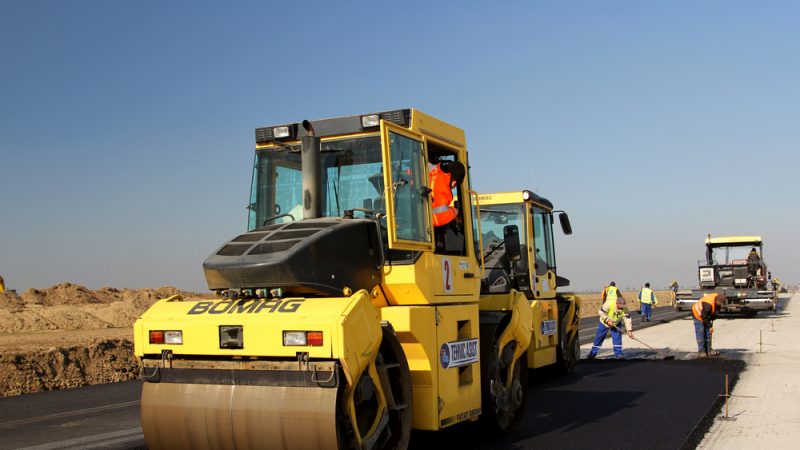 Among others, companies from China would be excluded from public procurements for highway or railway projects. [Shutterstock/ Suliman Razvan]

The Romanian government has adopted a “memorandum” last week that would block the awarding of public infrastructure contracts to companies coming from countries that do not have a bilateral trade agreement with the EU.

If enacted into law, the memorandum would have the effect of excluding Chinese firms from public contracts for highway or railway projects.

The motivation behind the decision is to exclude companies that do not live up to European standards, deputy PM Dan Barna told a news conference on Monday (1 February).

“This is a procedure that exists in other EU member states, there was a consultation with the EU Commission,” Barna said, adding that “the memorandum only sets the framework to regulate this situation”.

The memorandum does not name any specific country, Barna said.

“We only want to ensure that we will not have bidders that cannot respect EU standards, so that we would be then forced to lose money, cancel auctions and see more delays, in a period when Romania desperately needs to start infrastructure works,” said Barna, a co-leader of USR PLUS.

The idea was first floated by transport minister Catalin Drula, which hails from the liberal USR PLUS party, affiliated to the centrist Renew Europe political group in the European Parliament.

Dacian Cioloș, the co-leader of USR PLUS and leader of the Renew group in the EU assembly, said the memorandum aims at restricting participation of non-EU companies and does not target any country in particular.

“It is not a decision against any state, it is a European approach,” Ciolos emphasised.

To enforce those rules, the Romanian government now needs to change its public acquisitions law. If the legislation goes through, China-owned companies could end up being most affected.

Chinese companies are involved in various highway works auctioned by the Romanian government and they have a history of challenging auction results, which often leads to significant delays.

In July 2019, the European Commission issued a guidance document on the participation of third country bidders in the EU procurement market.

The document suggests that only companies from third countries with which the EU has signed binding international or bilateral free trade agreements covering public procurement have guaranteed access to auctions in the EU.

“Other third country companies do not have secured access to EU procurement markets and may be excluded,” the Commission said.

The EU is part of the Agreement on Government Procurement alongside 19 other WTO members, including the United States, Australia, Canada and Japan. The EU has signed free-trade agreements with countries across the world, which give better access to each others’ public procurement markets.