EU member states had planned to share the lessons learned in the first year of the pandemic and discuss a strategy to prevent a third wave of infections in the first months of 2021.

The leaders were also expected to take the temperature of post-Brexit trade talks, with time fast running out to strike a deal with Britain before it leaves the single market on 1 January.

But this week Warsaw and Budapest — now with the support of Slovenia — blocked the adoption of the bloc’s combined €1.8 trillion post-virus recovery plan and long-term budget. 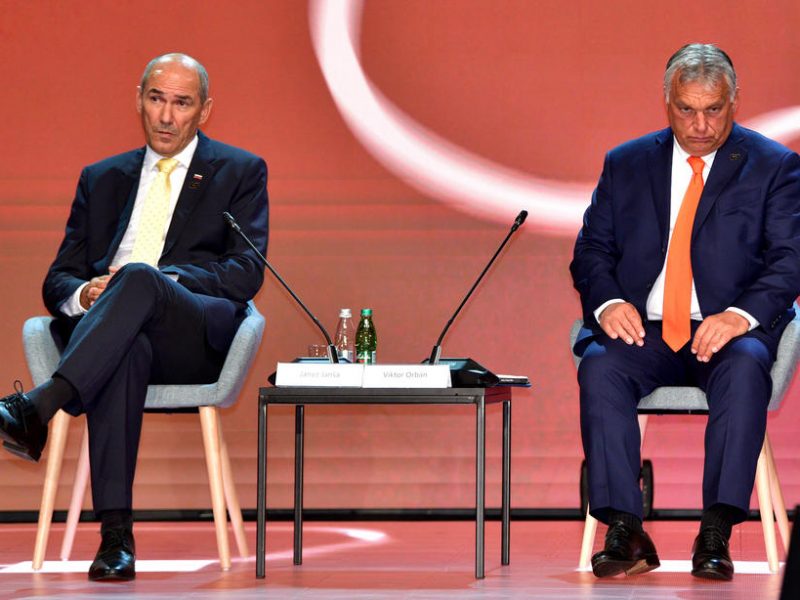 Slovenian Prime Minister Janez Jansa on Wednesday (18 November) backed the criticisms made by Poland and Hungary when they vetoed the EU budget over plans to tie funding to respect for the rule of law.

“Some political groups… are openly threatening …

The nationalist governments accuse their EU partners of mounting a power grab by tying the disbursement of EU funds to respect for Brussels’ view on the rule of law and European values.

The videoconference, due to begin at 6 pm (1700 GMT), will now be dominated by efforts to talk them down — or work around them. “It will be the elephant in the room,” one senior European diplomat said.

The plan to tie EU funds to the rule of law, strongly defended by the European Parliament and several member states including France the Netherlands, could be passed by a qualified majority of members. 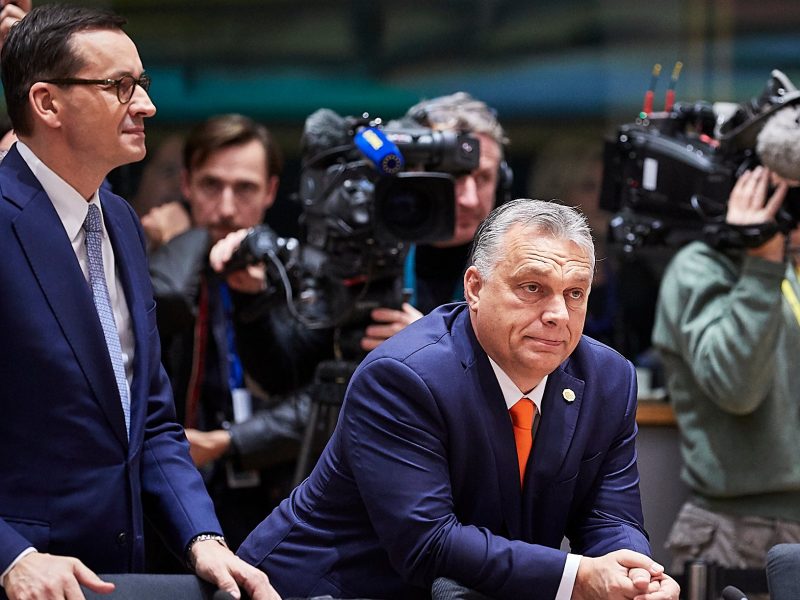 But under EU procedure members need to give unanimous backing to a plan to allow the EU to raise funds to finance its €750 billion recovery plan and the trillion-euro 2021-2027 budget that follows it.

Poland is already under an EU investigative procedure over its efforts to trim the independence of the judiciary, as is Hungary for an erosion of democratic norms, such as press freedom, under Orbán’s rule.

On Wednesday, Morawiecki warned that new conditions for funding could lead eventually “to a break-up of the EU”.

The rest of the bloc had hoped that the matter had been settled in July after a four-day and night summit hammered out an apparent budget compromise that was later modified in discussions with the European Parliament.

Germany, which holds the rotating EU presidency until the end of the year, has been working behind the scenes to defuse the row, and some diplomats think Orbán and Morawiecki could be persuaded to accept guarantees of fair treatment – and other bonuses.

But both France and the Netherlands have invoked the possibility — seen as implausible by many — of by-passing the log-jam by pushing ahead with an intergovernmental recovery plan, without the holdouts.

“We will look at whether it is necessary as a last resort to move forward without the countries that are blocking,” Beaune said.

In Brussels, a senior European source warned this would be premature and technically complex but confirmed it was “on the table”.

EU Vice president Valdis Dombrovskis and Economy commissioner Paolo Gentiloni gave no clear answer to a journalistic question on Wednesday if the €750 billion recovery plan could be passed in the form of a special purpose vehicle valid for 25 countries only (minus Poland and Hungary). A similar mechanism has been used in an attempt to save the Iran nuclear deal by bypassing US sanctions.

Morally such a solution raises the question should the peoples of Poland, Hungary and possibly Slovenia be depleted of financial assistance, paying the price of the dissidence of their leaders.

There is exasperation in Brussels that governments receiving large net contributions from Europe spend so much time and political capital opposing reform efforts.

“When you see the positions of Poland and Hungary on migration, climate, the rule of law, the budget, there are a lot of issues where they have difficulties,” one diplomat said.

“Let’s ask them what they want from this union.”

No breakthrough is expected on Thursday. The three-hour meeting will be “an opportunity for an exchange of views”, but “the lack of physical contact is a disadvantage” and prohibits decisive sideline meetings, a European source said.

“The meeting will exacerbate frustrations and anxieties, we must expect a few days of drama and darkness.”