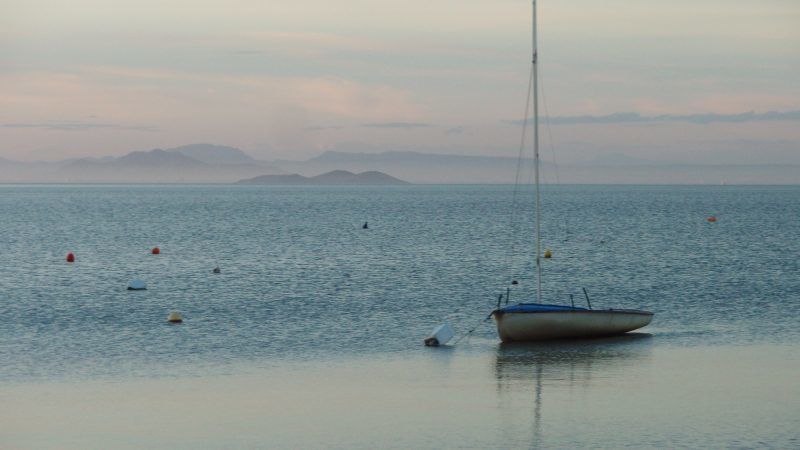 Clean-up squads, co-financed with European funds, stepped up their efforts in recent weeks in the Mar Menor region in southeast Spain, to remove dead algae and other waste from the shoreline of Europe’s largest saltwater lagoon.

Nearly 3,000 cubic metres of waste have been removed so far this year, by teams that are working around the clock on the lagoon’s shoreline.

“This is the third year for this cleaning and ecological quality maintenance service for natural spaces of the Mar Menor and its surrounding areas,” said director general of environment and Mar Menor, Antonio Luengo.

These teams, which started working in the summer of 2016, are showing their “effectiveness”, said Luengo, adding that there have been “improvements”.

Those improvements include the service being functional throughout the year and the introduction of light machinery to “triple” the efficiency of the cleaning efforts.

On 16 May, Luengo was present at Los Urrutias beach during the testing of one of these models, which weighs 1.2 kilograms and is very versatile, which can be used for removing algae from the shore as well as for combing the beaches.

The idea is to mitigate the impact of garbage, oil spills, decomposing plant debris and other elements that have a negative influence on the environmental quality of Mar Menor and other habitats that are of Community interest.

There is also a tourism factor. Mar Menor, with a surface area of 180 square kilometres, is separated from the Mediterranean Sea by a sandbar – 22 km long and 100-800 metres wide -, known as La Manga (sleeve) del Mar Menor.

The clean-up work is done manually on the ground and includes a light machinery “dumper” that speeds up the collection of algae along the shore, through which they seek to “progressively reduce the deposition of organic matter in Mar Menor”, Luengo explained.

The work is supervised daily by a biologist, who advises on habitats and species conservation, and on the use of most appropriate techniques for carrying out the cleaning efforts.

Moreover, the expert also looks into the possible presence of nesting activities of protected birds in the cleaning zone, such as stilts; and fish species of interest, such as the Spanish Toothcarp, in danger of extinction. In these cases, the work is planned in phases in order not to affect these species.

Complementing the work on land, a boat goes around Mar Menor collecting garbage floating on water, such as plastics, mattresses, paper and cardboard, wood and debris from pieces of catamaran vessels that are adrift in the water.

‘Neither sufficient nor effective’, according to residents

But the efforts, although welcome, have been criticised for being insufficient to counter the “severe deterioration” of the lagoon, according to social platform Pacto por el Mar Menor (Pact for Mar Menor).

The platform is made up of people as well as social, professional, cultural, environmental and union organisations.

The platform reiterated in a statement that it dealt with “mere advertisements devoid of content”.

Pacto por el Mar Menor claimed that millions of euros, much of it from the EU, were being spent on actions not aimed at environmental recovery, citing investment in jetties, infrastructure and promotion of tourism.

Moreover, it alerted Brussels that some of the measures adopted were harmful, such as the use of a Watermaster Dredger that damaged “some of the rare prairies of (algae) Cymodocea nodosa“.

The platform concluded by calling for greater control of European funds dedicated to the recovery of the lagoon.

Pacto por el Mar Menor revealed that a complaint by the Murcia public prosecutor’s office against politicians, officials and agricultural entrepreneurs identified as those “responsible for the disaster” in Mar Menor, was being examined at a local court.