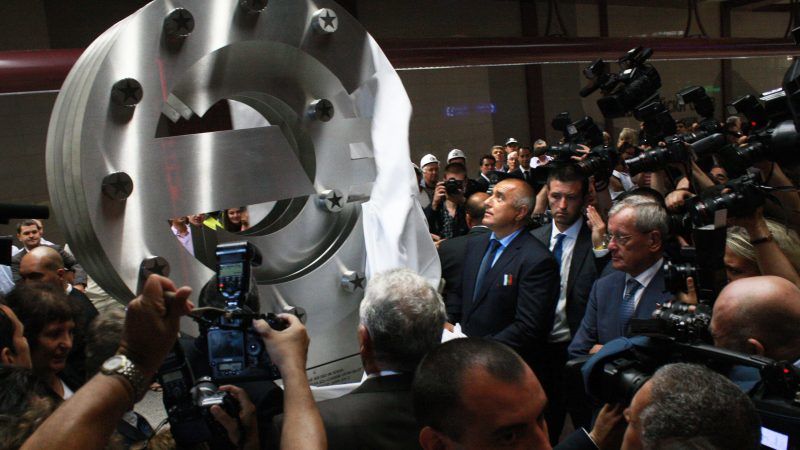 In 14 years, Sofia’s metro project has taken up nearly €1 billion from EU funds. It was declared “infrastructure project of the last decade” in Bulgaria. Due to be completed in less than two years, it should serve around 1.2 million people a day. EURACTIV’s media partner Dnevnik reports.

While it showcases the benefits of EU membership, the metro project also reveals shortcomings in how the Bulgarian authorities work with EU funds. And this is particularly important at a time when negotiations on the EU’s new long-term financing are starting, and the initial budget proposal aims to cut regional funding.

Planning began already under communist rule in the 1960s. In the mid-1970s, the first project was developed and it was later replicated in today’s scheme of the three metro lines.

In 1998, only three years after Bulgaria applied for EU membership, the first 6.5 km stretch was opened. Eleven years later, the first line spanned the entire city.

Bulgaria joined the EU in 2007 and the pace rapidly picked up. In July that year, a tender for the second line of 11 stations was launched, a year later construction began and in August 2012 it became operational.

The third line with 16 stations is currently being built and should be ready by 2020. In contrast to the first line that uses metros produced in 1990 by the former USSR, the third line will have Siemens trains and an autonomous traffic option.

Positive effects are clearly visible in downtown Sofia. More than 300,000 people take the subway daily, which means less traffic on the streets and greenhouse gas savings of around 75,000 tons, according to the Sofia Municipality.

Ivan Velkov, the deputy speaker of the Sofia municipal council, who is also a consultant and former manager of Colliers International, said “the existing and future metro stations have become a huge factor when choosing a home, and entire neighbourhoods and areas have suddenly acquired a pragmatic and attractive perspective”.

“New buildings are being built but their residents are changing too – changing their stereotypes, habits. And if you get on the subway in the morning or evening rush hours, the city looks… more busy and dynamic.”

The commuters interviewed by Dnevnik said they can now move much faster around the city and no longer use their private cars to go to the city centre.

But they also complain that, while there are more than 20 metro stations, only two have adjacent public car parking spaces, in a city where some 15,000 new cars are registered every month and above-ground public transport is not particularly fast or reliable.

Emilia K., a Sofia citizen, said she spends one-third of the time travelling to work on the metro, but the other two-thirds waiting for or travelling by bus. The distance is only 10 km and takes 15-20 minutes by car, outside the daily rush hours. By metro and public transport in the evening, it takes a full 45 minutes.

And this, according to Emilia, shows that the metro project, for all the EU funds spent on it, has failed to provide smart and multifaceted logistics for the city’s population.

“The accelerated construction of the Sofia subway in recent years can definitely be mentioned as a good example of the EU funds utilisation in Bulgaria and of the benefits of our accession in general,” said Georgi Stefanov, an expert with World Wildlife Fund Bulgaria.

“But at the same time, there is cause for concern. It’s as if we had forgotten the fundamental and most important thing – that in fact European public funds should be used with the purpose to attract other investments that diversify the investment climate in the member states, improve economic conditions and protect the nature,” he adds.

Stefanov is concerned that “after 10 years of EU membership, there is no even distribution of these funds in Bulgaria and they definitely do not lead to a complete improvement of the economic condition of all regions, especially the ones most in need. In fact, we have witnessed the exact opposite trend.”

He says that huge funds from two programming periods have been mastered or planned “but – as was the case with the Sofia subway – at the expense of other publicly and EU funded projects of all types”.

Stefanov points out that hundreds of millions of euros had previously been planned for modernising rail transport across the country and helping to improve the quality of life of all people in all regions. Instead, they went into the metro construction.

“The capital seems to be closer to Europe than the lagging parts of Bulgaria.”

While he complained that Bulgaria was getting accustomed to the notion that EU funds have become “the only opportunity for the development of our country”, Ivan Velkov said “European funds, with European criteria and rules – even when there are problems with different speeds of their utilisation – lead to European habits and relationships.”