The report of the meeting comes as the central bank is about to reshuffle its top ranks, amid fresh criticism levelled against the institution over its lack of transparency.

The institution does not publish in advance the meetings of its senior posts, as other EU institutions, including the European Commission, do. The ECB only discloses the agenda of public engagements and events.

Soros held a private meeting in Frankfurt on 14 November with Benoît Coeuré, a member of the six-strong Executive Board, which runs the daily business of the Frankfurt-based bank. According to Coeure’s diary published on Friday, they discussed “euro area deepening”.

An ECB spokeswoman told Reuters that it was Soros who requested the meeting, which was also attended by a representative of his hedge fund and another ECB official, to discuss a common eurozone budget and Treasury, but they did not discuss monetary policy.

Soros is known for the speculative attack against the pound in 1992, which led to Britain’s exit from the European Exchange Rate Mechanism. He is also an ardent defender of eurozone integration. 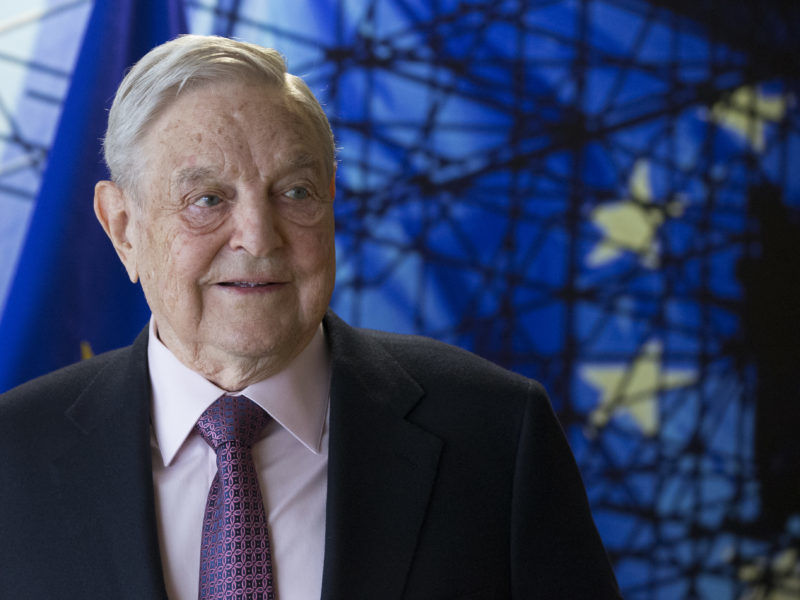 The Hungarian-born investor also predicted that Britain would not exit the EU. He has recently become the target of Hungarian Prime Minister Viktor Orban, a former beneficiary of his philanthropist initiatives in Eastern Europe.

It is not the first time Soros meets with government representatives and senior central bank officials. Robert Ferguson, who was hired by Soros to speculate against the pound and became a close aide since then, told EURACTIV that Soros sees himself as a “theatre critic”, who warns officials of looming risks and still makes money of it.

Johnson: 'I was hired by Soros for 'Black Wednesday''

A spokesperson of Soros Fund Management told this website that the two men discussed “political developments in Europe and the future architecture of the euro area”, without giving further details.

The revelation of the meeting comes as eurozone countries are preparing to elect a new ECB vice-president early next week.

The Eurogroup will try to reach a consensus on Monday by forcing Ireland’s candidate, central banker Philip Lane, to withdraw from the race. The idea is that Spanish Economic Minister Luis de Guindos can be nominated without a vote.

But an Irish government spokesperson told EURACTIV that the country has no intention of withdrawing Lane’s candidacy, as Dublin remains “confident that there is solid support” for him.

The nomination of the ECB vice-president will be decided during a closed-door Eurogroup meeting on Monday.

The lack of transparency in the nomination process and the private meetings held by senior ECB officials add to recent criticism aimed at the Frankfurt-based institution for not disclosing information on its banking supervision, the resolution of Banco Popular or the Greek bailout programme.

Marco Zanni of the anti-EU Europe of Nations and Freedom group in the European Parliament told Reuters that such behind-the-scenes meetings involving powerful individuals were “not compatible with institutions that consider themselves democratic”.

But Green MEP Sven Giegold was positive about the meeting. “It’s the mission of the ECB to work in order to keep the eurozone intact and meeting with someone influential who does the same is part of the mandate,” he said.