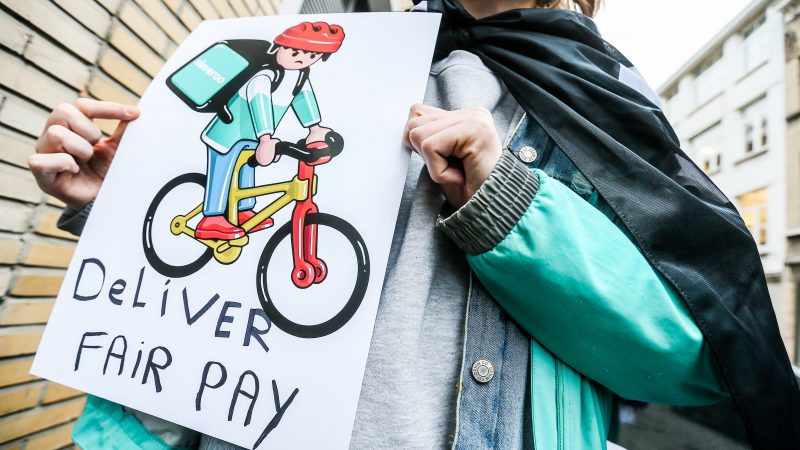 Spain’s government announced Thursday (11 March) a deal that will recognise riders working for delivery firms such as Deliveroo and UberEats as salaried staff following complaints about their working conditions — a first in the EU.

The move came six months after Spain’s leftwing government pledged to clarify the legal status of couriers working for online delivery firms, saying they should be considered employees rather than “gig” workers.

It will strike at the heart of the so-called gig economy, which relies on hundreds of thousands of independent workers for app-based services such as food delivery or car rides.

The government’s deal with Spanish labour unions sets up the first legislation in Europe that explicitly regulates the status of delivery workers who get around on bikes and motorcycles and whose numbers have exploded in recent years.

In Spain, as in other countries, the riders have repeatedly denounced their precarious working conditions, taking legal action to demand recognition as salaried staff, which would grant them benefits such as paid holidays and sick leave.

“They are now considered as salaried workers and will enjoy all the relevant protections,” Labour Minister Yolanda Diaz said in a televised address.

Spain is “the first country in the European Union to legislate on the matter”, Diaz said.

The delivery firms have repeatedly insisted that they are merely acting as an intermediary between businesses and the riders, who are said to be self-employed and must pay their own health and pension contributions.

The text, which will take the form of a legislative decree that does not need to be voted on by parliament, “recognises the presumption of employment for workers who provide paid delivery services” via such digital companies, a ministry statement said.

It is expected to be approved by the cabinet and to be on the books as early as next week.

Cristobal Ospina, a 26-year-old salaried delivery rider for Spanish platform Mensos, said the biggest advantage of being staff was the “stability” of knowing you will work a set number of hours every week.

“It won’t be random,” he told AFP in Madrid.

But other riders like Cristina Ausin, 24, feared losing their flexibility. She said she had a chronic health condition that made it difficult for her to commit to a fixed schedule.

“With these apps, I disconnect when I need to and that’s it, I don’t have to explain myself to anyone. Now with a fixed contact, I have to ask for sick leave.”

Platforms on the defensive

Confusion over the riders’ status had also arisen as some court rulings have gone in their favour while other found for the delivery firms.

The government’s move came after a Supreme Court ruling in September that there was a “working relationship” between riders and Barcelona-based food delivery app Glovo.

Delivery platforms have also found themselves on the defensive elsewhere in Europe.

Last month Italian prosecutors told Uber Eats and other food delivery platforms their couriers were employees and not independent workers, fining them 733 million euros for breach of labour safety rules.

The European Union is also considering the issue. 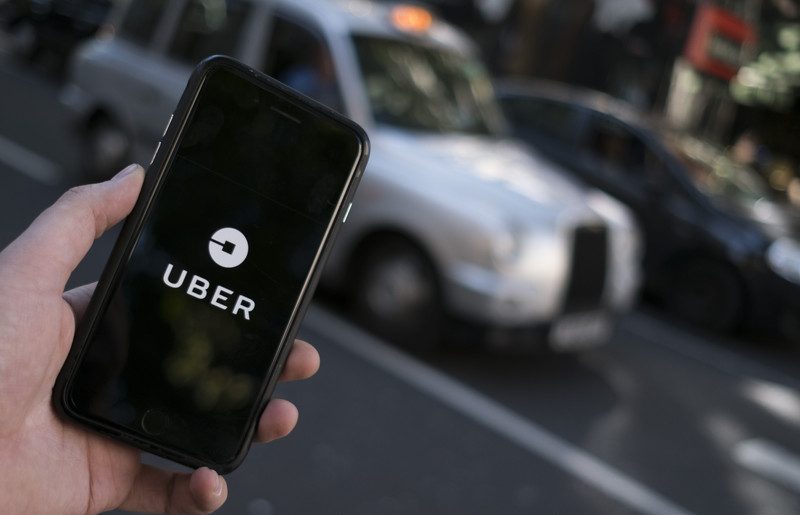 Some platforms have chosen to shift to employment contracts.

In January, its French unit said it planned to hire 4,500 riders as employees, offering contracts from 10 hours to full time and paying the minimum wage.

Other platforms are sticking to their argument that their business model provides flexibility and control to delivery workers, who can pick and choose when and how much they work.

Critics have argued that the refusal to consider their app-based workers as employees leads to low pay and a lack of medical insurance and other benefits.

In November, a ballot proposal by Uber in its home US state of California declaring gig workers to be independent contractors, while offering some healthcare and minimum pay, was passed by voters.

That overturned a state law that had declared gig workers to be employees.